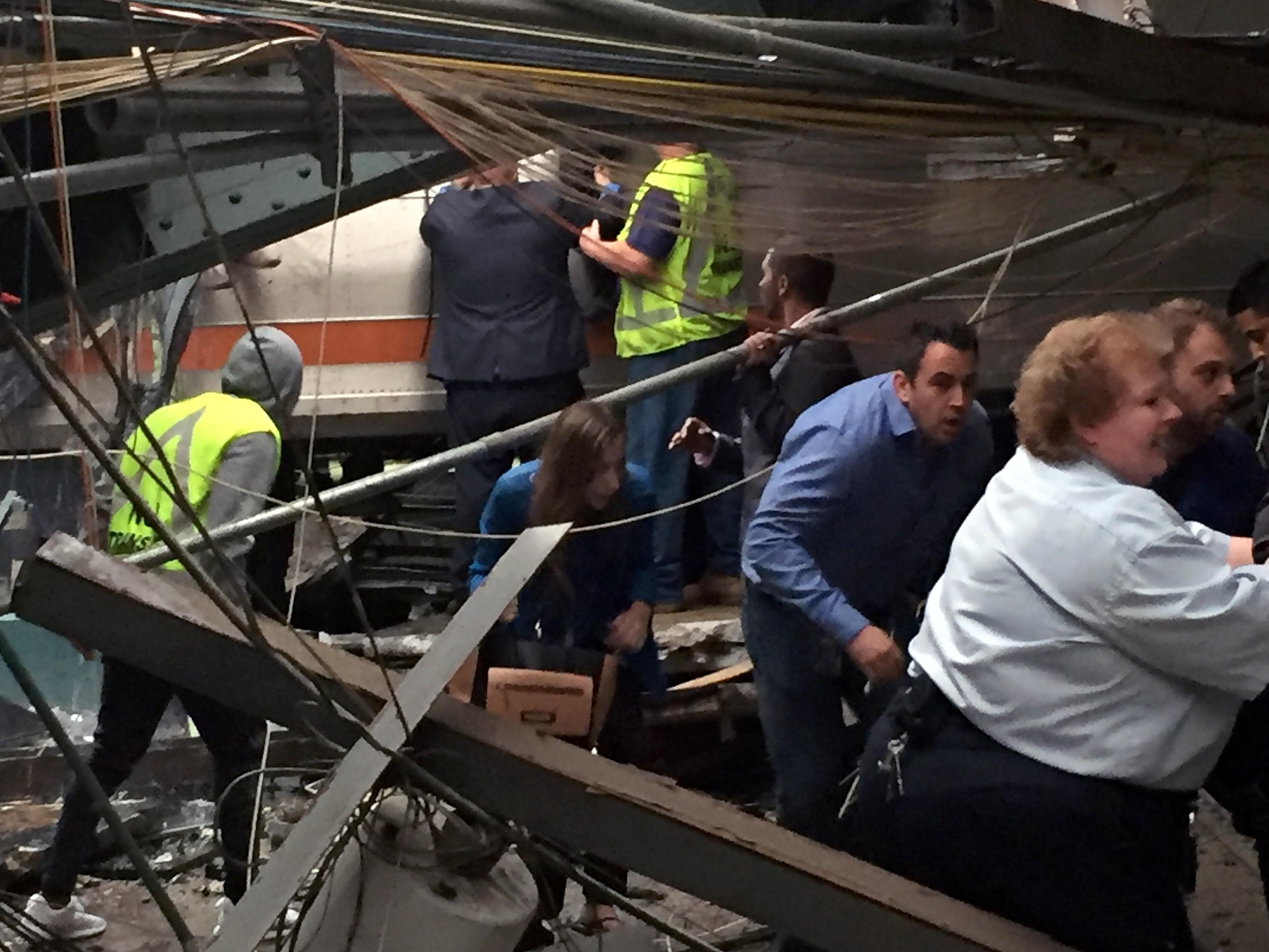 HOBOKEN, N.J.  The engineer at the controls of the train that smashed into a commuter rail terminal, killing a woman and injuring more than 100 people, told federal investigators he was going only 10 mph as he approached the station but has no memory of the crash, federal investigators said.

The statements from the engineer, Thomas Gallagher, came as investigators learned that an event data recorder that was supposed to record the New Jersey Transit train’s speed and braking information wasn’t functioning, according to the National Transportation Safety Board Vice Chair T. Bella Dinh-Zarr. Investigators haven’t been able to extract a second datarecorder, located in the cab control car in the front of the train, because it is under a collapsed section of the station’s roof.

Federal regulations require commuter trains to have a working recorder in the lead car, according to Jim Southworth, the NTSB’s lead investigator for the crash.

Federal officials said the recorder was an older device installed in 1995. An unknown number have had to be replaced over the years as they failed.

Gallagher told investigators that he was fully rested and that the train was operating properly Thursday morning before it crashed in Hoboken. Killed was Fabiola Bittar de Kroon, 34, who had paused her legal career, leaving the software company SAP in Brazil after her husband got a job with an international liquor company.

Officials said they hoped to be able to gain access to the front of the train in the coming days.

The signals on the tracks leading to the train terminal appeared to working normally and officials have so far found no track problem that would have affected the train’s performance, the NTSB said. Investigators also obtained video from other trains in the station, but found nothing of value, Dinh-Zarr told reporters.

As commuters got back to the Monday grind, crews at the Hoboken terminal continued demolition, working to get closer to the second data recorder buried beneath debris.

“I’d rather they take their time and figure out what’s going on,” commuter Patrice Jones told CBS New York. “If you really want to  figure it what happened, I don’t think anything is going anywhere. Get it right.”

The official, who was familiar with the Federal Railroad Administration audit, wasn’t authorized to speak publicly about an ongoing investigation and spoke to the AP on condition of anonymity.

The audit was launched after the federal regulatory agency noticed an uptick in rail incidents and found “dozens of safety violations” that needed to be fixed immediately, the official said. The commuter rail agency was fined as a result.

A spokesman for NJ Transit hasn’t responded to requests for comment.

On Monday, Democratic Assemblyman John McKeon called on federal and state railroad officials to give a public accounting of safety violations.

“It’s very disturbing to learn that a data recorder pulled from the crashed NJ Transit train in Hoboken wasn’t working. This is inexcusable,” he said.

Since 2011, NJ Transit trains have been involved in more than 150 accidents that caused more than $4.8 million in damage to tracks or equipment and has paid more than $500,000 to settle safety violations, according to federal data.

Information from the Federal Railroad Administration shows that NJ Transit has settled 183 safety violations - ranging from employee drug and alcohol use to violations of railroad operating rules or practices - since Jan. 1, 2011.