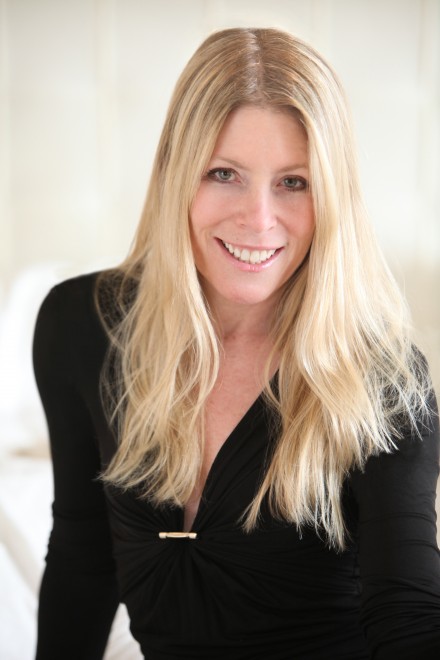 (MoneyWatch) In 1995, Sarah Kugelman was shocked to hear her physician say, "You won't live to see 40 if you don't learn to manage your stress."

The beauty industry executive's heavy travel schedule, combined with long hours at work and a recent divorce, had created a high-stress cocktail. Her health suffered. "I wore down my immune system and kept getting sick," she says. "I ended up in the hospital with chicken pox, an inner ear infection... All kinds of things were going wrong. That was my wake-up call." Her exhaustion even caused cystic acne and gave her complexion a grayish hue. But instead of inspiring Kugelman to take yoga or seek other ways to de-stress, she instead looked in the mirror and started a skincare business.

Kugelman had a hunch that the stress was what was affecting her skin. If so, such workaday pressures were sure to be affecting others. Maybe, just maybe, there was a way to help fellow sufferers with specialized cosmetics. She took a leap of faith and quit her pressure-cooker job.

Kugelman's next step was to consult some experts to see if there was any research in the area of stress and its effects on the skin. She consulted doctors, dermatologists, nutritionists, psychologists, even a cardiologist. "I learned there is a direct correlation between certain skin conditions and stress hormones, such as cortisol," Kugelman says. "When stress occurs, the body goes into fight or flight mode, releasing hormonal chemicals into the bloodstream that affect all your organs. Skin is the biggest organ in your body."

Armed with her newfound conviction and in search of some R&R, Kugelman headed to Iceland for a vacation. While there, she fell in love with the countryside. "I loved the purity, the amazing plants grown there," Kugelman explains. She decided that her facial creams would be made from key ingredients found in Iceland: glacial waters, botanicals, and marine elements. That was how her startup, Skyn Iceland, was created.

Although Kugelman had previously proven herself as an entrepreneur as the founder of beauty product site Gloss.com, which she sold in 2000 and was a seasoned beauty industry executive, she had never started a cosmetics company from scratch before. Kugelman shares her story with me in the following interview. Feel free to comment below!

What to do when your laptop battery won't charge
Laurel Touby

Laurel Touby is the founder of mediabistro, the largest media community website in the US. Touby is an Internet pioneer, who started her company in 1996, took it to profitability, grew it to millions in sales, and sold it in 2007 for $23 million. She currently is an investor in and advisor to small Internet companies.