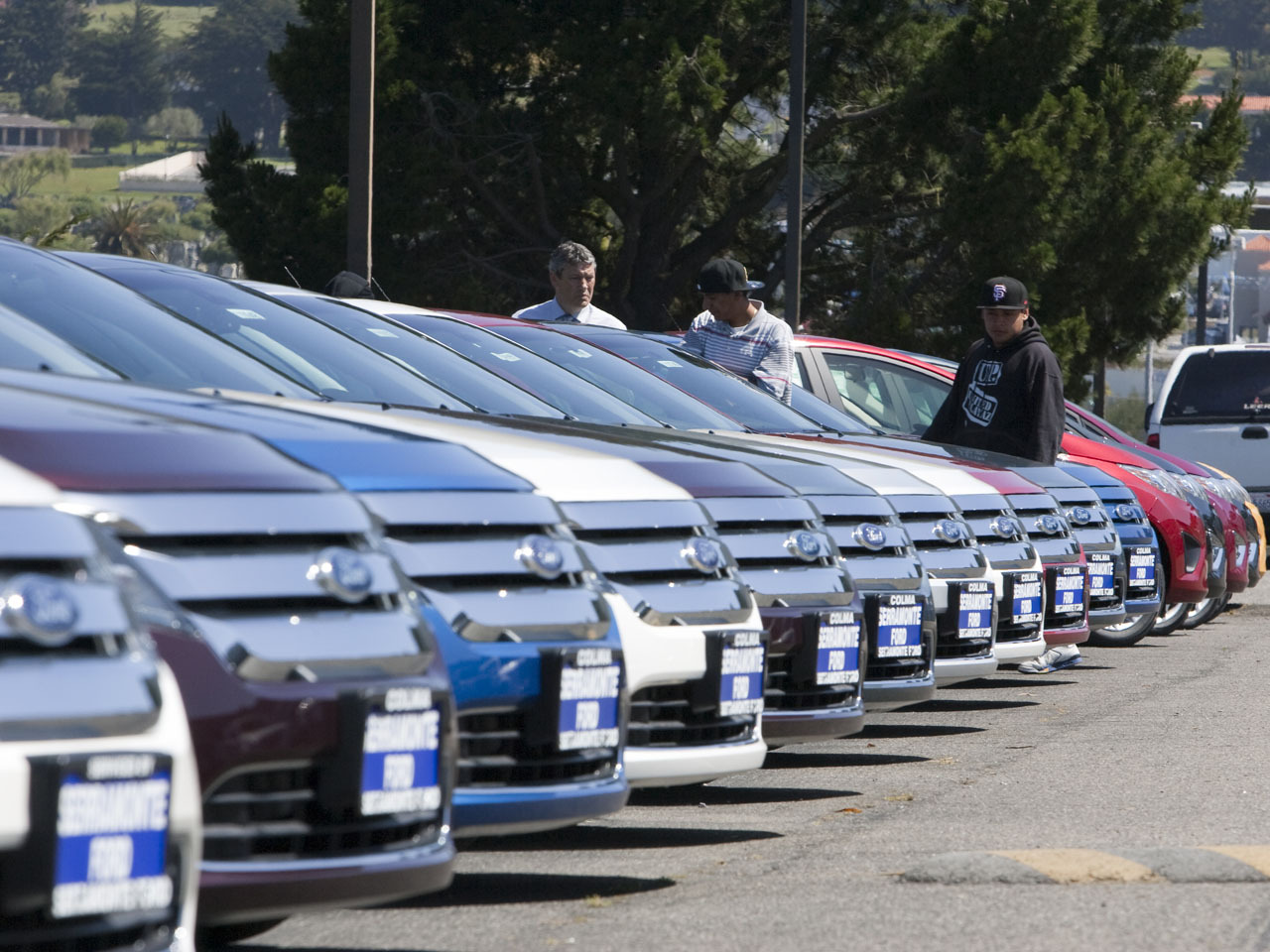 Only the two-door and four-door Honda Civic models earned the top rating of "good" in the tests done by the Insurance Institute for Highway Safety. The Dodge Dart, Ford Focus, Hyundai Elantra and the 2014 Scion tC got "acceptable" ratings. But popular models such as the Chevrolet Cruze and Sonic and the Volkswagen Beetle got "marginal" ratings, while the Nissan Sentra and the Kia Soul and 2014 Kia Forte each were rated "poor."

The group didn't test the Toyota Corolla because a new version is coming out in the fall. The Corolla is the No. 2 selling small car in America, behind the Civic. The IIHS ratings are influential because many auto shoppers find them while researching vehicles on the Internet.

The market for small cars is one of fastest-growing in the U.S. Automakers have made the cars quieter and more refined as people who want good gas mileage turn to compacts and subcompacts. So far this year, Americans have bought more than 1.8 million new small cars, up 12 percent over a year ago, according to Autodata Corp.

The cars were rated for their performance in the insurance institute's "small overlap" test of crashes that cover only 25 percent of a vehicle's front end. These tests, added to the IIHS's evaluations last year, are forcing automakers to bolster the front-end structure of all cars in order to avoid bad publicity from a poor performance.

The IIHS tests are more stringent than the U.S. government's full-width front crash test. The institute says that in many vehicles, a crash affecting one-quarter of the front end misses the main structures designed to absorb the impact. Yet such crashes account for nearly a quarter of the frontal collisions that cause serious or fatal injuries to people in the front seats, IIHS says.

The two Civic models and the Dart, Focus, Elantra and Scion tC each earned the IIHS' coveted "Top Safety Pick Plus" award for performing well in multiple tests, including the small offset crash. So far, 25 vehicles of all sizes have earned the award.

IIHS said that as a group, small cars performed worse than midsize cars, but better than small SUVs. Results for mini-cars will be released later in the year, the group said.

"Manufacturers need to focus on the whole package," David Zuby, the Institute's chief research officer, said in a statement. "That means a strong occupant compartment that resists the kinds of intrusion we see in a frontal crash like this, safety belts that prevent a driver from pitching too far forward and side curtain air bags to cushion a head at risk of hitting the dashboard or window frame."

Kia said in a statement that the IIHS test goes beyond U.S. government requirements and noted that the Soul and Forte received top safety ratings from the National Highway Traffic Safety Administration. Nissan said it will review the IIHS tests. The Sentra, it said, performed well in other IIHS tests. GM, which makes Chevrolet, said it's working to improve the structure and restraints in its small cars where technically possible. Volkswagen said its cars exceed all federal safety standards.

Honda bolstered the Civic's front structure as part of a redesign late last year, said Karl Brauer, senior analyst at Kelley Blue Book. Some older models, such as the Cruze and Sonic, were designed before the test was announced.

A strong performance in the IIHS tests will help people feel safer when buying small cars, Brauer said in an email. IIHS, a nonprofit research group funded by insurance companies, conducts its small offset test by crashing vehicles into fixed 5-foot-tall barrier at 40 mph to simulate collisions with a utility pole or tree. The institute gives vehicles demerits when the structure intrudes into the passenger compartment, or if a crash dummy suffers injuries to head, neck, chest or other parts of the body. The group also measures how well seat belts and air bags protect people. "Good" is the top rating, followed by "acceptable," then "marginal" and "poor."