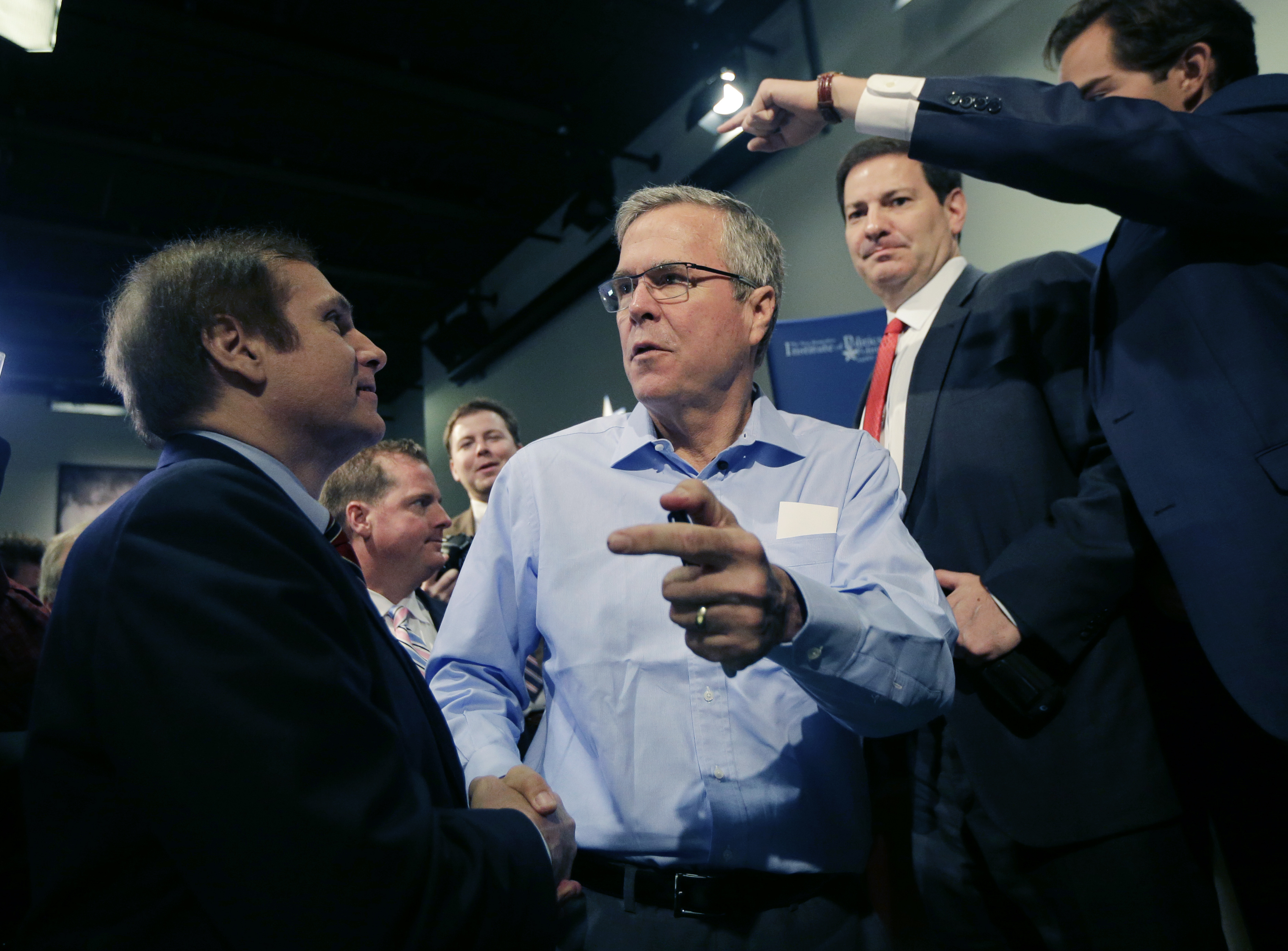 Jeb Bush paid an average federal income tax rate of 36 percent over the past three decades.

Bush notes that tax rate is higher than the 30 percent rate paid by Democratic front-runner Hillary Rodham Clinton in 2014.

He says on his website, "I have paid a higher tax rate than the Clintons even though I earned less income."

The documents also detail Bush's earnings over the eight years since he left office as Florida governor. He served on numerous corporate boards and saw his income rise sharply in that time.

In 2013, Bush reported nearly $7.4 million in total income. His principal business was consulting and speaking.

Presidential contenders are required to file financial disclosure forms within 30 days of announcing their candidacy. Bush has yet to release his and has requested a 45-day extension to do so.

But those records reflect only sources of income, transactions, assets and liabilities, and the same information for their spouses. The figures are also categorized in ranges, such as $5 million to $25 million.

Tax returns are much more detailed, and it has become customary in the past several decades for presidential candidates to make them public.

"At this point, it's a political requirement, if not a legal one," said Joseph Thorndike, director of the Tax History Project, a group that has collected tax forms for presidents and top presidential candidates since 1995.

No candidate has released as many returns as Bush. The closest was Bob Dole, the 1996 Republican nominee, who released 29 years of his income tax returns. In 2004, Democratic nominee John Kerry disclosed 20 years of such records.

The 2012 Republican nominee, Mitt Romney, was hammered by critics for refusing to release more than two years of his tax returns. Romney instead released a letter from his tax advisers offering a summary of his tax liability for a 20-year period. Among other things, the letter described his charitable giving and the range of his effective federal tax rates.

Bush is the first of the nearly two dozen major candidates for president in 2016 to release tax returns. But Ron Weiser, a former finance chairman at the Republican National Committee, said Bush's actions are aimed not at his competition for the GOP nomination but at Democratic front-runner Hillary Rodham Clinton.

"What Bush reports having made is likely much less than what Hillary Clinton has made, and she's portraying herself as for the little guy," Weiser said.