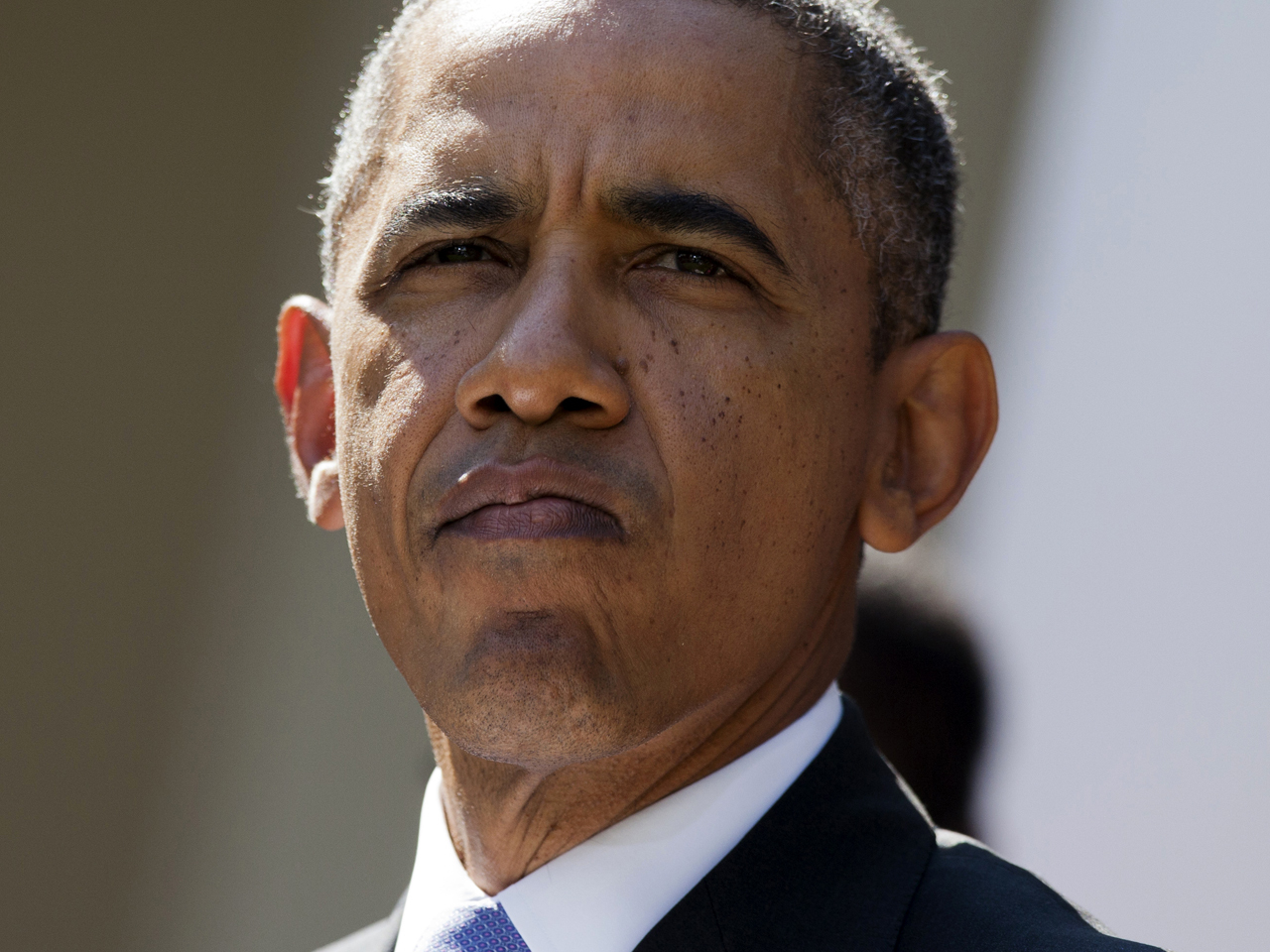 President Obama's 70-minute White House meeting late Wednesday afternoon with congressional leaders, an effort to break the stalemate over the partial government shutdown, did nothing to help end the impasse.

"The President made clear to the Leaders that he is not going to negotiate over the need for Congress to act to reopen the government or to raise the debt limit to pay the bills Congress has already incurred," the White House said in a written statement after the meeting.

"The President remains hopeful that common sense will prevail, and that Congress will not only do its job to reopen the government, but also act to pay the bills it has racked up and spare the nation from a devastating default."

"We had a nice conversation, polite conversation," House Speaker John Boehner, R-Ohio, said following the meeting, but noted the president repeated that he will not negotiate on dialing back Obamacare.

He added that he hopes that Mr. Obama and Democrats will have a serious discussion about resolving their differences with House Republicans.

House Minority Leader Nancy Pelosi, D-Calif., said after the meeting, "We had some candid discussion."

But, Senate Majority Leader Harry Reid, D-Nev., added, "We are where we are. We're through playing these games" on Obamacare, he added.

Earlier Wednesday, Mr. Obama said that Wall Street should be worried about more serious consequences now that the government is closed for business and the debt limit deadline is just around the corner.

"This time's different," Mr. Obama said in an interview with CNBC that aired Wednesday afternoon. "I think they should be concerned."

U.S. markets were down when they closed on the second day of the government shutdown, but the political stalemate hasn't had significant consequences for Wall Street yet. The government closed down Tuesday because Republicans have insisted on delaying or dismantling the Affordable Care Act in the legislation Congress must pass to fund government operations; Democrats, however, refuse to use government funding as a bargaining chip. Meanwhile, if Congress doesn't raise the debt limit (the nation's legal borrowing authority) by Oct. 17, the U.S. risks defaulting on its loans.

Mr. Obama met at the White House with the CEOs of some of the nation's largest financial institutions earlier Wednesday, who warned that the government shutdown a failure to lift the government's debt ceiling could have an "extremely adverse" impact on an economic recovery.

The president told CNBC's John Harwood that he told the financial leaders "that it is not unusual for Democrats and Republicans to disagree -- that is the way our founders designed our government." However, he continued, "When you have a situation in which a faction [of Congress] is willing potentially to default on U.S. government obligations, then we are in trouble."

People are tired of "this constant governing from crisis to crisis," he added. "Do we need to break that fever? Absolutely."

Once Congress re-opens the government and raises the debt limit, Mr. Obama said he'd be willing to work with lawmakers on longer-term economic reforms.

The president has at times lampooned Republicans for their insistence on dismantling Obamacare, and he acknowledged Wednesday, "Absolutely, I am exasperated."

Still, he said, "During the course of my presidency, I have bent over backwards to work with the Republican Party."

Earlier in the day, Reid, D-Nev., sent Boehner a letter offering to appoint negotiators to discuss the budget if the short-term spending bill passed by the Senate were to pass the House as well.

"This conference would be an appropriate place to have those discussions, where participants would raise whatever proposals - such as tax reform, health care, agriculture, and certainly discretionary spending like veterans, National Parks, and NIH - they felt appropriate," Reid said. Describing the letter on the Senate floor later, Reid said, "My message to him was very simple. We have to stop playing these silly games."

House Republicans - who have been seeking to negotiate the short-term spending bill, not the longer term budget - do not see Reid's offer as a compromise. "The entire government is shut down right now because Washington Democrats refuse to even talk about fairness for all Americans under ObamaCare. Offering to negotiate only after Democrats get everything they want is not much of an offer," said Boehner spokesman Michael Steel.

On Tuesday evening, the House called up three bills that would have restored funding to delayed veterans benefits and closed national parks and memorials, and given the District of Columbia the authority to use local revenue to continue operation. For procedural reasons, the bills would have required a two-thirds majority. All three failed due to insufficient Democratic support.

On Wednesday, Republicans brought the three bills up again, but this time using a procedural rule that will only require a simple majority. By Wednesday afternoon, they passed the District of Columbia bill by a voice vote. They have also added two more bills to fund the National Guard and Reserves as well as certain scientific research. The move will turn up the pressure on House Democrats, who have been calling for the Republican leadership to pass the Senate version of the spending bill with no additional amendments. Between 22 and 34 Democrats voted with Republicans on Tuesday to restore the funding.

Even if the bills do pass, they have no future in the Democratic Senate or at President Obama's desk. When the House plan became public Tuesday, Reid called the bills "just another wacky idea from the tea party Republicans." And White House spokeswoman Amy Brundage said Mr. Obama would veto the measures, saying, "These piecemeal efforts are not serious, and they are no way to run a government."

"How does the White House justify signing the troop funding bill, but vetoing similar measures for veterans, National Parks, and District of Columbia?" he said. "The President can't continue to complain about the impact of the government shutdown on veterans, visitors at National Parks, and DC while vetoing bills to help them."