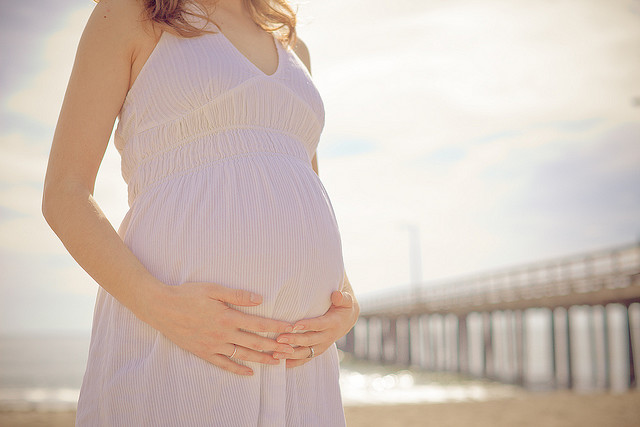 COMMENTARY Because pregnancy is a temporary condition, it hasn't been covered under the Americans with Disabilities Act in the past. Recent expansions of the law have allowed for coverage under temporary conditions. A new study by Jeannette Cox at the University of Dayton says that that even with the expansion, pregnancy isn't covered, but it should be.

In my opinion, pregnancy should not be automatically labeled a disability. Many women can go through pregnancy with no problems. But many women cannot. And this is where the law's protection should come in. If there is a problem, then that should count. If there is no problem, it makes no sense to invoke the force of law to govern an employee/employer relationship.

The law currently protects pregnant women by making pregnancy a protected class -- that is, you can not legally be fired, rejected for hire or disciplined because you are pregnant. You can be fired, rejected or disciplined when you are pregnant, as long as the pregnancy is not the reason. But ask any pregnant job-hunter and you'll find that very few companies are thrilled to take on someone who is visibly pregnant. There are a million reasons not to hire someone, so you can certainly find a legal reason to reject any person, which happens all the time.

But adding additional protections may not be the key to making employers treat pregnant women better. There is evidence that the Americans with Disabilities Act actually made it more difficult for the disabled to get and keep jobs. Managers who were scared about being stuck with someone who would sue if disciplined or terminated decided not to hire that person in the first place. It's much more difficult to win a failure-to-hire lawsuit than it is for a person to win a wrongful termination suit.

Therefore, adding pregnancy to a list of covered conditions may just make it more difficult for women in general to be hired -- as most women will, at some point, be pregnant.

But if someone has an health issue with pregnancy, why shouldn't it be treated the same as any other temporary disability under the ADA? I have been through two pregnancies and I worked for the same company for both. The first pregnancy I had no issues other than mild morning sickness. The second I ended up with sciatic nerve problems. This made it difficult to walk long distances and I had to use the elevator rather than the stairs.

Normally, this would not be a problem, as I was an HR person who wasn't expected to be on my feet much. However, I had the misfortune of working in a building that was designed by sadists. It was beautiful, but the parking was terrible and necessitated a long walk from the lot to my office. My doctor said that this was a problem and wrote me a note asking that I be provided with closer parking. Not disabled parking, as we both agreed that the office was the only place I needed this.

I presented the note to the onsite nurse who rejected it without even seeing me. Why? Two reasons, she said. One, walking is good for pregnant women. And two (my favorite), my due date was four months away and she would not provide temporary parking in the executive lot for more than three months. I fully realize that if pregnancy had been covered under ADA, she probably would have been singing a different tune. But I also had a bonafide problem, which I could argue could be covered under the new expanded ADA, anyway.

It all ended well, though, because my boss's boss happened to be not only a nice guy but a VP, and he called her boss and I magically got my executive parking privileges until the baby was born.

I was lucky, though. I had connections, a desk job, and a sympathetic boss. If I had been working as a cashier at the local supermarket and had a boss that refused my request for a stool, what could I have done? What if I worked in the warehouse? I wasn't physically able to stay on my feet all day and could have lost my job due to the nerve pain.

What do you think? Should pregnancy be covered under ADA? Should only complications be covered? Have you had a run in with a boss over your pregnancy?