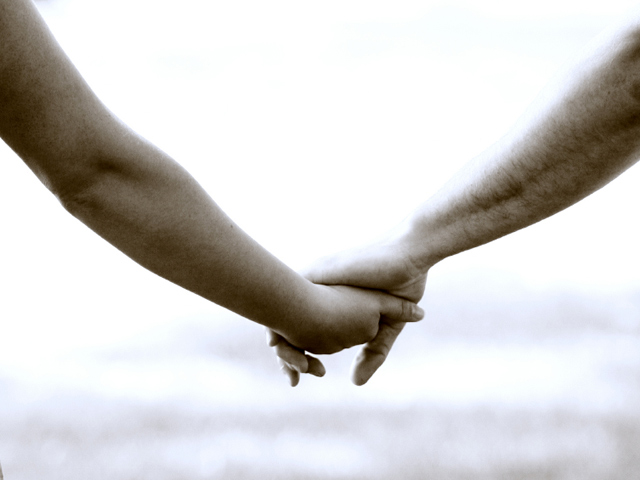 I am currently working in a contract position that is due to end in the not too distant future and will begin looking for a new job in two to three weeks. I have done a casual search of the jobs that I am qualified for now that I have more experience. One of the companies that is advertising several positions is the same company that my boyfriend (let's call him Alex) works for. Alex and I would likely end up working on the same floor. His team supports the back end of the data systems I may end up using, so we would likely have at least some contact on the job.

What do you think is the best way to go about applying to these jobs? Alex can't give a professional recommendation, as we haven't worked together. I feel that him forwarding my name to the hiring manager may seem like a boyfriend trying to get his girlfriend a job, without really considering the best interests of the company. I could also see the company worrying that he and I will break up and cause drama in the office. That could push the company to disregard my application and hire someone without that potential baggage. I have also considered applying without using this insider advantage, but that doesn't seem to solve any problems, as I feel this information should be disclosed quickly.

First of all, Alex can find out if the company prohibits coworkers from dating. Most companies don't. (The restrictions tend to be on bosses dating underlings, although they may have a general prohibition against dating someone in the same department.) If there is a restriction, then you shouldn't bother to apply.

Assuming there are no restrictions against romance at this particular company, then you should apply for the job as normal. You certainly can ask your boyfriend to submit your resume and put in a good word for you. The phrases he should use are: "Here is a resume from a friend of mine. She has a ton of relevant experience, and I think she might be a good fit for your department." By contrast, he shouldn't say something like, "Oh my goodness, my girlfriend's temp job is ending and she's been begging me to apply for a job for her!"

But you should ask yourself it the latter is true. Because while it might be kosher to work in the same company in neighboring departments, it may be way too much togetherness for you, too. And, as you said, what if you break up? I have no way of judging how mature you two are, nor do I know anything about your relationship. But since you brought up the break-up thing, ask yourself which one of you will leave to find another job if the relationship ends and causes intolerable friction. On television, people commonly remain friends with their various exes, but that's because ratings would drop if a key character was kicked off the show. Real life makes for awfully uncomfortable meetings when the people sitting across from each other have hard feelings toward each other.

As to the company not wanting someone with your "baggage," I wouldn't worry about it. First of all, you're jumping the gun here. You don't have a job offer. Given the many people looking for work these days, the odds are against you getting the job (sorry!). So apply. If you're lucky, you'll at least get an interview. If you're even luckier you'll get a job offer. When you get to that stage, your boyfriend and you can discuss whether working together is a good idea.

And what about telling your potential boss? Well, if there's no company policy against it, you don't have to. But if you intend to make googly eyes at each other and engage in inappropriate behavior in the bathroom, you should bring it up. If you can act like friends at work and not make others uncomfortable, then it's irrelevant.

The bigger question is this: Do you want to work with your boyfriend, and does he want to work with you? (Keep in mind that both of you may not wish to work with each other, but you don't want to seem mean by saying, "I'd really rather stick pins in my eyes then work with you.") For many couples, that is the case. And, well, if you want to ask if you're mature enough for this, if you can't have an honest discussion about the issue, then chances are you're not.

So apply for this position, as well as for other jobs. If you get the offer, you can make the decision. Until then, don't over think things.