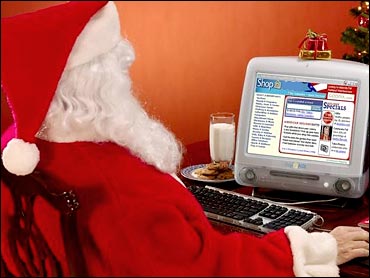 It didn't take long for Paul Rattay to grasp the power of shopping comparison sites on the Internet. He figures he saved at least $150 on a Sony digital camera by turning to DealTime.com to hunt for the best prices with a few quick clicks of his computer mouse.

"I could have just gone to Amazon, but I figured I could get a better deal by shopping around a bit," said Rattay, a 34-year-old software engineer who ended up buying the camera from an online merchant so obscure he can't remember the name.

"You have so much information at your disposal on these sites that I plan to use them as a reference for price points, if nothing else."

For deal-hungry holiday shoppers like Rattay, the Internet is offering more help than ever, as online search engines morph into price-sorting machines that can compare products from thousands of merchants in seconds.

The shopping services have been around for awhile, but they have become increasingly useful in recent months. Most of the top shopping sites have expanded the number of merchants that they track and introduced new features designed to make it easier for consumers to quickly call up an array of product research.

Product comparison sites have become such a major draw that they attracted 33 million unique visitors in October, according to comScore Networks, a research firm. Total traffic to the sites rose 9 percent from the same time last year, making them one of the Web's fastest-growing categories.

The free shopping assistance is available through search services offered by Google, Yahoo, Ask Jeeves and Dogpile, as well as specialty online commerce sites such as NexTag, BizRate, PriceGrabber, MySimon and DealTime — now known as Shopping.com.

Shopping.com did best among the specialty sites in October, with nearly 15.5 million unique visitors. Like some of its rivals, Shopping.com is making a major holiday push — it recently launched its first TV ad campaign in a few major markets.

Most of the sites scour inventories of major retailers such as Amazon.com and Target, as well as quirky upstarts such as Petshed.com and Givinggallery.com. With the comparison sites monitoring so much merchandise, their services are gaining wider appeal after years of catering to gadget-loving geeks rummaging for bargains.

PriceGrabber is so confident it can offer something for everyone that it is selling gift cards that can be used toward purchases from any of the 3,000 merchants tracked by its site.

It's all part of "an unmistakable shift in the way consumers open their wallets online," said Chuck Davis, chief executive of BizRate.

The sites typically include side-by-side comparisons of similar products made by different manufacturers, as well as prices offered by different merchants and reviews written by consumers.

The services can sift through a multitude of merchandise or focus on products that fit the shopper's preferences and price range. Most sites include tools that factor shipping costs into the final price and identify whether a product is in stock — a benefit when searching for top-selling toys.

Although the sites profit from the referral fees they collect from listed merchants — a factor that sometimes sways their search results — the site operators insist their top priority is satisfying shoppers so retailers stay happy, too.

"Merchants are really hungry for the customers that we send them because these are people who are usually really ready to shop," said Purnendu Ojha, NexTag's chief executive.

Part of the reason for these sites' expanded popularity is the sheer growth of Internet commerce. Through mid-October, consumers spent nearly $37 billion at online retailers this year, excluding travel sites, according to comScore. That was an 18 percent increase from the same time last year.

But even when they aren't planning to buy online, consumers increasingly are turning to product comparison sites to research prices and features before hitting the mall, said Dan Hess, a comScore Networks analyst.

Elizabeth Gabbay, a 31-year-old personal trainer in New York, doesn't consider herself particularly tech-savvy. Which is why NexTag.com was particularly helpful last year when she bought a Palm Pilot as a Christmas present. She doubts she would have saved $40 on the gift, if not for NexTag's guidance.

"It's a good disciplinary thing for me because when I walk into a store, I usually end up deferring to whatever the salesperson tells me," Gabbay said.

Gabbay plans to use shopping comparison sites again this Christmas, although she says she probably would never turn to them for help buying something she knows a lot about, like clothes.

Despite his positive experience finding a camera, Rattay also sees limits to the usefulness of product comparison sites.

"They're good if you're looking for a big-ticket item, something that costs $200 or more," he said. "I don't think I would use them to buy bed sheets."