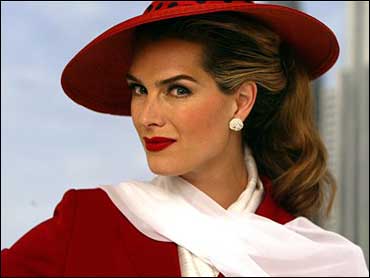 Brooke Shields is coming back to Broadway to play Roxie Hart in the long-running revival of "Chicago."

Shields, currently starring in the London production of the Kander and Ebb musical, joins the New York company Sept. 9 at the Ambassador Theatre. The show is in its ninth year on Broadway.

The actress scored a critical and popular success in New York last season when she stepped into the role of Ruth Sherwood in the revival of "Wonderful Town."

Shields also has appeared on Broadway as Rizzo in the revival of "Grease!" and as Sally Bowles in "Cabaret."

She also wrote a book, "Down Came the Rain: My Journey Through Postpartum Depression," about her experiences after giving birth to daughter Rowan Francis in 2003.

Recently, Brooke Shields took aim at Tom Cruise's television interview diatribe against antidepressants, saying the drugs helped her survive feelings of hopelessness after the birth of her first child.

"I'm going to take a wild guess and say that Mr. Cruise has never suffered from postpartum depression," the actress wrote in an op-ed piece published in The New York Times.

Cruise had criticized the actress for taking the drugs, and became particularly passionate about the issue in an interview on "Today."