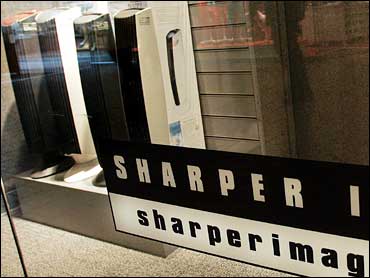 Sharper Image Corp. has agreed to discount its high-tech gadgets by more than $60 million and make several other concessions to settle a class-action lawsuit alleging the specialty retailer misled customers about the effectiveness of its air purifiers.

Questions about the purifiers helped lead to a sales slide and the arrival of a new management team that is now trying to salvage the 194-store chain.

Because the vouchers require a purchase, the settlement could actually help Sharper Image spur more sales — an elusive goal during the last two years.

Under the proposed settlement disclosed Friday in a regulatory filing, Sharper Image will offer $19 merchandise credits to each of the roughly 3.2 million consumers who have bought one of its "Ionic Breeze" purifiers since May 6, 1999.

The ultimate cost of the settlement will hinge on how many of the eligible customers redeem the merchandise vouchers, Sharper Image said in Securities and Exchange Commission documents.

The merchandise credits can be applied toward the purchase of other Sharper Image-branded products for a year after they are issued.

The same group of consumers also will be able to buy a grill attachment designed for the Ionic Breeze for $7. Although Sharper Image did not quantify how much customers could save under this offer, several types of them were listed Friday for $39.95 on the company's Web site.

Besides the discounts, Sharper Image agreed to tone down its advertising claims about the power of the Ionic Breeze and pay up to $1.87 million in fees to the lawyers who filed the suit on behalf of Manual Figueroa.

Figueroa said he paid several hundred dollars for an Ionic Breeze to help remove dust, pollen and other nettlesome particles from the air, only to discover the device did not work as advertised.

Sharper Image denied the allegations, citing scientific studies validating the Ionic Breeze's effectiveness. Nevertheless, management "has concluded that it is in the best interest of Sharper Image, its shareholders, and its customers to settle this class action," according to court papers.

The settlement still requires court approval. Friday's filing indicated a hearing on the settlement will be held by March 1.

After suffering its first loss in 15 years in 2005, Sharper Image's troubles deepened in 2006 as its sales plummeted by 21 percent during the first 11 months of the fiscal year.

Sharper Image's slide began when sales of its once-popular Ionic Breeze started to crumble after Consumer Reports derided the products as ineffective.

Honda recalls SUVs and pickups because hoods can fly open