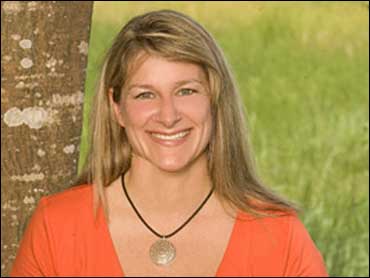 This story was written by CBSNews.com's Stephen Smith


And then there was one left.

One tribe, that is.

After 60 minutes of chocolate-eating, puzzle-solving and alliance-breaking, Police Sgt. Amy O'Hara was voted out of the Yaxha tribe. Moments later, her surviving tribe mates were sent walking too — only they were headed to Nakum, where the two tribes merged into a final group of ten.

While the ultimate fusion of tribes was a surprise to some, there were hints of unity early on. In the first challenge, the tribes were forced to get cozy in a Mayan Mummy contest, in which contestants wrapped themselves together in colorful material.

Yaxha emerged victorious, but even after the challenge, the "Survivor" sense of unity prevailed. It was Danni's birthday, so after indulging in the spoils of their win — Mayan chocolate — the tribe invited their nemesis over for a pool-side cocoa-devouring birthday bash.

"Today is just about fellowship," said Bobby Jon, before adding a bit of historical context as to why his tribe mingled with the enemy. "Mayans would sit there and smoke and they'd be at war later on."

The gesture was genuinely appreciated by most in Nakum — except Jamie, who managed to sulk his way through the fiesta.

"I'm here for business and everyone else should be also," he reasoned. "It's making me sick that were all getting along."

But he was the lone Nakum dissenter, and many were fed up with his silent treatment.

"Jamie's freaking out," said Stephenie. "There could be a clash between he and I cause I can't take it."

But there was no clash. There was, however, a good-natured confrontation between Amy and Gary, who continued his transparent denial of being an ex-NFL player.

"I want people to give me their word," Amy said. "If Gary's playing me, I'm gonna kick his ass."

Alas, it was ultimately Amy's behind that was kicked. Yaxha lost a hotly-contested Mayan puzzle-solving game, and Amy's oft-injured self was immediately on the chopping black.

But perennial loser Bobby Jon wasn't safe either, so Amy staged a last-minute campaign to banish him.

"It's really taking a toll on my mind," Brandon said before the vote.

But it must not have hurt too much, because he and his tribe mates promptly voted off Amy, who left the tribal council with an ambiguous hand gesture.

"I love these guys," Amy said before getting her torch extinguished.

As she disappeared into the darkness, her remaining Yaxha tribe sauntered back to camp. Nakum's camp.

And there was one tribe left.

Tune in to Friday's The Early Show, when Amy will reveal if she still has love for her tribe. Plus, don't miss the exclusive secret scene.