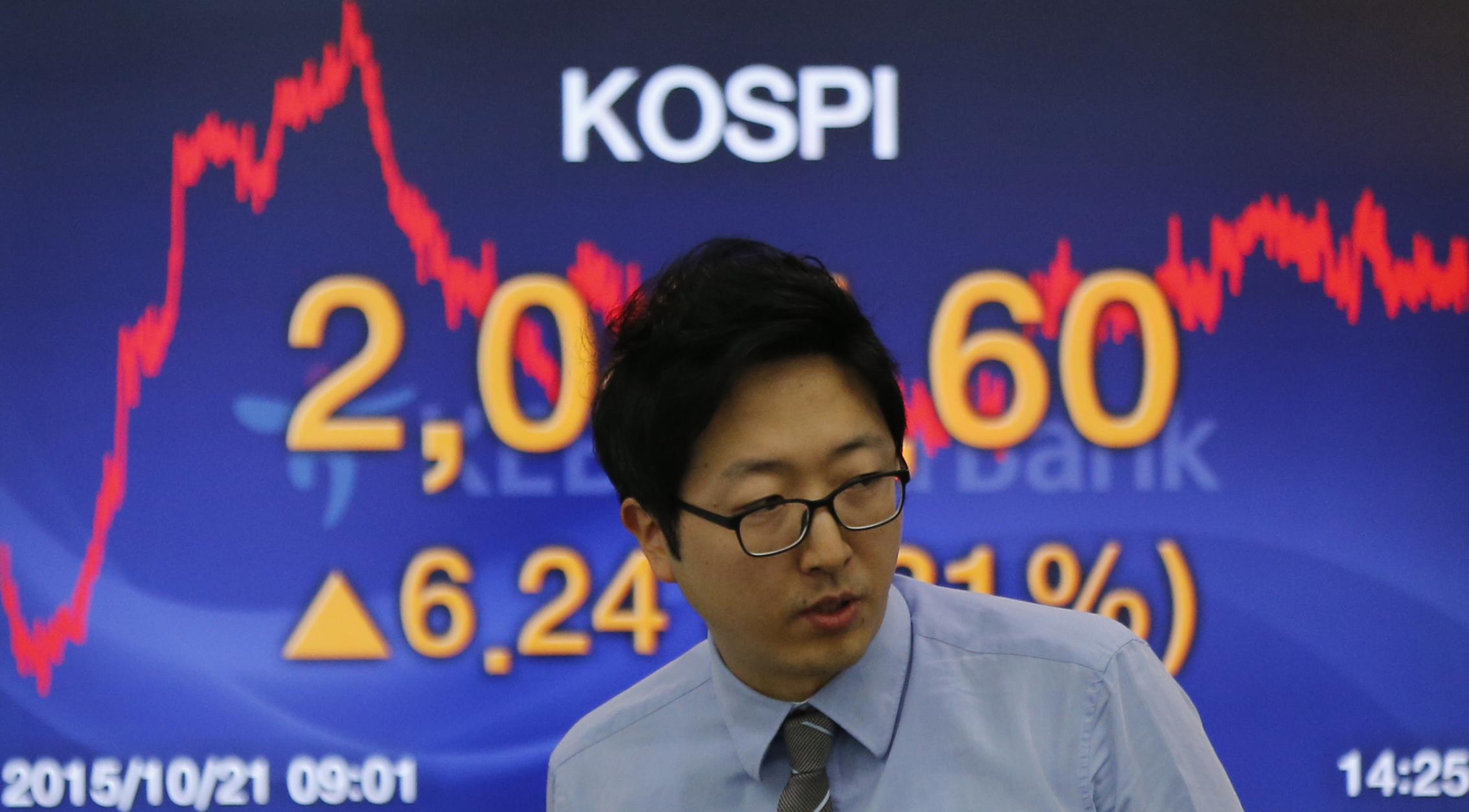 TOKYO - Global shares were lackluster Wednesday, with losses in Europe and China, while Japan rose as weak trade data spurred hopes for fresh stimulus from the Bank of Japan.

U.S. markets looked set to regain momentum, with both Dow and S&P 500 futures up 0.4 percent.

After spending much of the day in positive territory, the Shanghai Composite Index took a hit from selling of heavy industrials such as Zoomlion Heavy Industry Science and Technology Co., which has forecast weaker earnings due to slack demand. Zoomlion fell 4.4 percent and rival XCMG Construction Machinery Co. tumbled 7.9 percent. The Shanghai benchmark fell 3.1 percent to 3,320.68.

Investors viewed disappointing trade figures for September as further reason to expect additional stimulus from the Bank of Japan. Weakness in exports led to a 114.48 billion yen ($955 million) trade deficit for the month against expectations for a large surplus. And a 3.5 percent year-on-year drop in exports to China underscored the challenges to Japan's recovery.

The trade data were a "bad news is good news" moment for Japan stocks, said Angus Nicholson of IG in a market commentary. But given recent upbeat comments by central bank officials and the finance minister, and the fact that the BOJ already controls most of the market in the government securities it has been buying to pump money into the economy, "The big question is whether the Bank of Japan will do anything about it during its meeting next week."