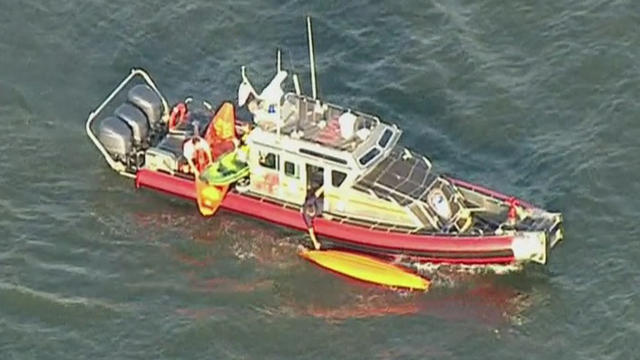 NEW YORK -- Authorities in New York say five kayakers were injured when they were hit by a ferry departing a pier on the Hudson River.

Several kayakers collided with a ferry around 6 p.m.

One person is in stable condition with a serious arm injury. The others had minor injuries.

People on other kayaks were being picked up by NYPD boats and the New York Waterways also helped out with the rescue operation.

Authorities are investigating whether the sun’s glare was a factor.

Police say the ferry captain has tested negative for drugs and alcohol.

A spokesman for NY Waterway says it’s cooperating with police and the Coast Guard on the investigation.