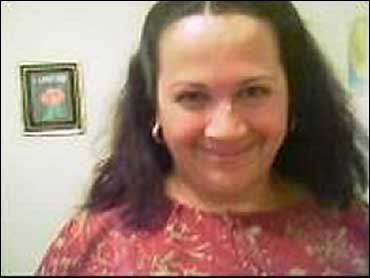 The family of a woman who was crushed to death when a Big Dig tunnel ceiling collapsed has settled a wrongful death lawsuit for more than $28 million.

The settlement was announced to The Associated Press on Tuesday night by attorneys for the husband and three adult children of Milena Del Valle, 39, of Boston, who was killed in July 2006 when part of a tunnel ceiling collapsed, sending 26 tons of concrete on the car she was riding in with her husband.

The main defendants in the lawsuit included companies that worked on the Big Dig - Bechtel/Parsons Brinckerhoff, Modern Continental Co., Gannett Fleming Inc. and the Massachusetts Turnpike Authority, which had charge of the massive highway project. The family's lawsuit accused them of negligence.

Brad Henry, an attorney for Del Valle's children, said the settlement resolves claims against all the 15 defendants named in the wrongful death lawsuit. He said the companies do not admit to liability in the settlement. Henry said he could not provide a breakdown of how much each defendant will pay.

The overall figure includes earlier settlements by Powers Fasteners Inc., which announced in December it was paying $6 million, and with bolt distributor Newman Associates for $4 million.

In a 2007 report, the National Transportation Safety Board criticized many of the contractors involved in the Big Dig, saying the tunnel collapse could have been avoided if designers and construction contractors had considered that the epoxy glue holding support anchors for 4,600-lb. concrete ceiling panels could slowly pull away.

Del Valle's husband, Angel, who escaped with minor injuries, is hopeful that the investigation into the tunnel collapse and the settlement will help prevent a similar tragedy.

"Life will never be the same, but at least he can go on," said Jeffrey Denner, one of his attorneys.

Del Valle's daughter, Raquel Ibarra Mora, 25, issued a statement from Costa Rica on behalf of herself and her brothers, Caled, 23, and Jeremy Ibarra, 19, saying the settlement process allowed them to see those who were responsible for the collapse held accountable.

"Our hearts still ache for our mother, and always will, but we find peace in knowing she is with God, and that we have honored her life and her memory by seeking the truth," Mora said through her attorney.

Andrew Paven, a spokesman for Bechtel/Parsons Brinckerhoff, said he had no immediate comment on the settlement.

A spokesman for the Massachusetts Turnpike Authority did not immediately comment. Representatives of Gannett Fleming and Modern Continental did not respond immediately to a request for comment.

"It's very clear that there was a remarkable lack of oversight and there was some terrible engineering," Henry said. "There is plenty of blame to go around, but as the management consultant Bechtel/Parsons Brinckerhoff was in the best position to correct problems that had started with the design and continued through the construction."

The $15 billion Big Dig, considered the most expensive highway project in U.S. history, replaced an elevated highway that ran through the heart of Boston with a series of tunnels, ramps and bridges. The project has been plagued by cost overruns, leaks, falling debris, and other problems linked to faulty construction. Del Valle's death prompted tunnel and road closures and sparked a public furor.