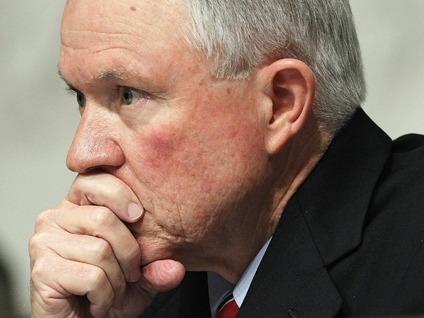 Republicans this week have already questioned Kagan about her opposition to "don't ask, don't tell," which was most evident during her tenure as dean of Harvard Law School. As dean, Kagan limited military recruiting on campus because she said the "don't ask, don't tell policy," which prohibits openly gay men and women from serving in the military, violated the school's anti-discrimination policy.

Sessions today told Kagan that he thought her explanations of her actions at Harvard have been "too consistent" with White House spin. He said "ironically, and almost amazingly," it was later Kagan's job as the Obama administration's solicitor general to uphold "don't ask, don't tell" in court.

The senator questioned Kagan's actions as solicitor general in two particular court challenges to "don't ask, don't tell." In one case, the Ninth Circuit Court did not uphold "don't ask, don't tell." The Ninth Circuit Court, Sessions said, "invented a new standard of review," requiring individual trials for each case against the law. Sessions said it would be "difficult, if not impossible," to uphold the law under that standard.

However, Sessions pointed out, Kagan as solicitor general chose not to challenge the ruling right away.

Upholding "don't ask, don't tell," Sessions told Kagan, "was your responsibility and it was an oath you took."

"I'd just like to hear you state with as much specificity as you can why you felt it necessary not to appeal either of these cases," he said.

Kagan responded that the case is not yet closed.

"I agree with you the Ninth Circuit decision undercuts that statute," she added.

As solicitor general, Kagan said she sought "to vigorously defend all statutes, including the statute that emobides the 'don't ask, don't tell' policy." She said she engaged in "very serious discussions" with the Department of Defense on how to proceed in that case.

Kagan explained that the case is in remand in district court and may still be dismissed. She said it was decided that it would be preferable for the government to wait for that decision before appealing to the Supreme Court.

"We thought it would be better to go to the Supreme Court with a fuller record about the particular party involved," she said. The remand, Kagan said, would allow the government to show how the Ninth Circuit's requirement for individual review "really would disrupt military operations."

Kagan told Sessions that when the decision was made to wait for the remand to be completed, the administration wrote a letter to the Judiciary Committee explaining their decision.