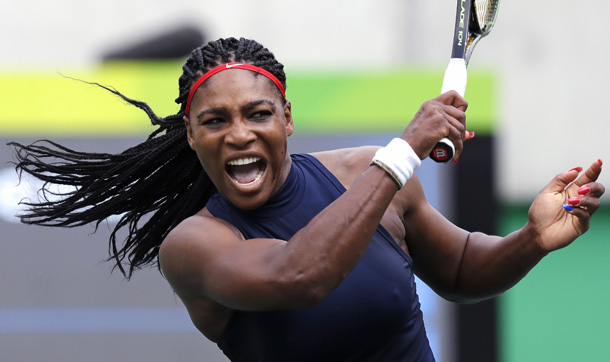 LONDON -- Serena Williams has responded to John McEnroe after he claimed she would be "like 700" in the world tennis rankings if she played on the men's tour.

"Dear John, I adore and respect you but please please keep me out of your statements that are not factually based," Williams wrote on Twitter Monday afternoon.

"I've never played anyone ranked 'there' nor do I have time. Respect me and my privacy as I'm trying to have a baby. Good day sir," she said in a separate tweet.

In an interview with NPR, McEnroe said Williams is the best female player ever, "no question." But when asked about her being the best ever, without gender qualifiers, McEnroe was clear that he didn't think so.

McEnroe said "if she played the men's circuit she'd be like 700 in the world."

The former tennis bad boy added that he thought Williams could beat some male players, "but if she had to just play the circuit -- the men's circuit -- that would be an entirely different story."

McEnroe said its possible that someday a female tennis player would be able to dominate men's players.