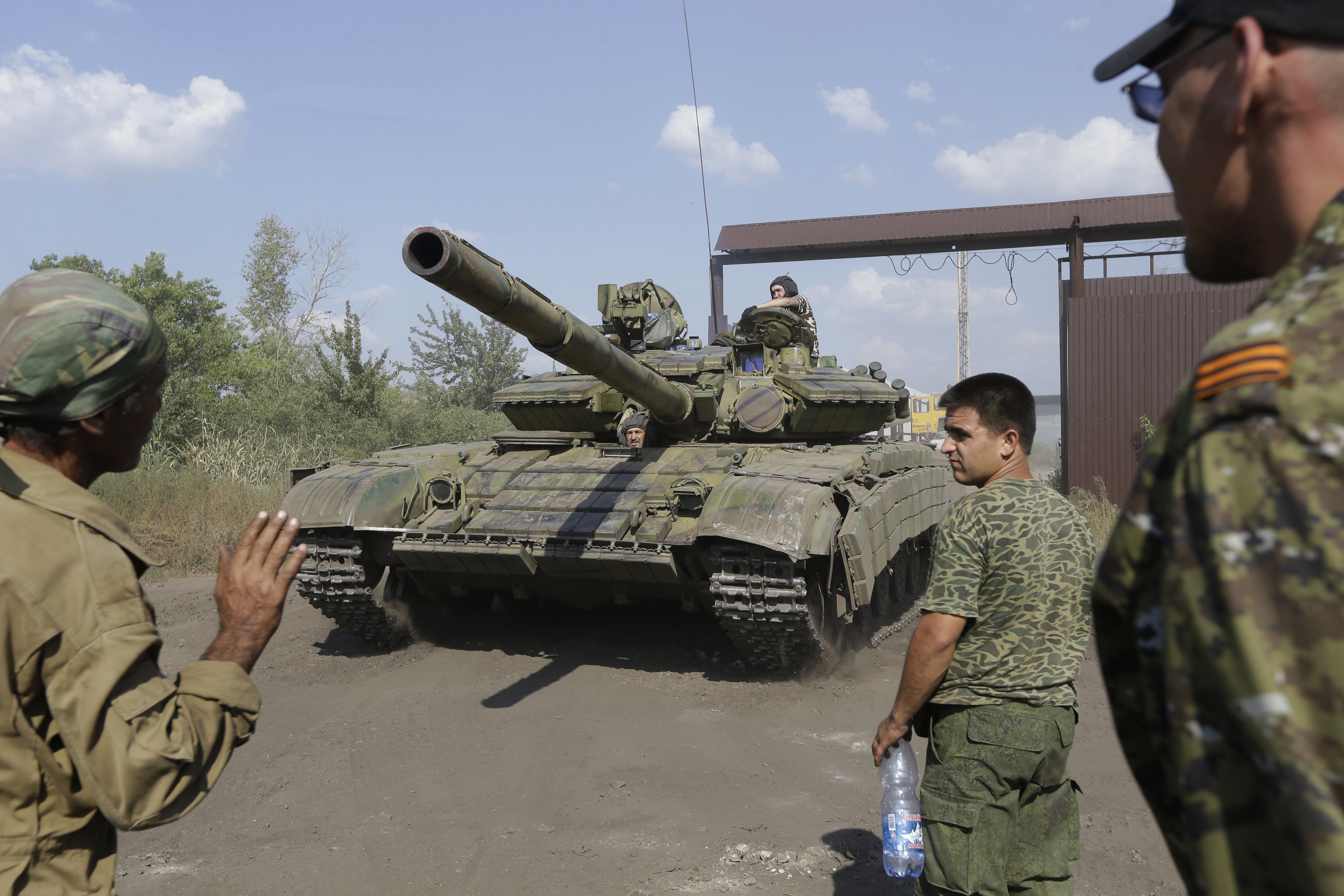 KIEV, Ukraine - Separatists have shot down a Ukrainian fighter plane amid fighting between pro-Russian rebels and Ukrainian government forces in the eastern part of the country, a Ukrainian military spokesman said Sunday.

Oleksiy Dmitrashkovsky said that the plane was shot down over the Luhansk region after launching an attack on rebels. The pilot ejected and was taken to a secure place, he said.

Further details about the incident or the condition of the pilot were not immediately available.

Fighting in Ukraine has escalated since the insurgency arose in April, with government troops steadily taking back rebel-held territory in the east.

The city of Luhansk is encircled by Ukrainian forces and is reportedly suffering from severe electrical outages and shortages of food and medicine. Donetsk, the largest rebel-held city, is also suffering through fighting including frequent shelling.

The latest fighting comes as a Russian aid convoy is waiting on the Ukrainian border for clearance to bring supplies to suffering civilians in the region. The International Committee of the Red Cross, which would have responsibility for distributing the aid, on Saturday said the main holdup was a lack of security guarantees from all sides in the conflict.

Although the rebels have lost significant ground to Ukrainian forces in recent weeks, the downing of the fighter jet showed they retain substantial firepower.

In a video posted online this weekend, the leader of the self-proclaimed rebel government in the Donetsk region, Alexander Zakharchenko, was seen saying new military equipment was on its way from Russia. He said the shipment included tanks and some 1,200 fighters who have undergone training in Russia.

Russia has consistently denied allegations that it is supporting the rebels with equipment or training. But Ukraine's president on Friday said that Ukraine had destroyed a large number of military vehicles that had recently crossed from Russia.

As fighting continued and the status of the Russian aid convoy remained uncertain, the foreign minister of Ukraine, Russia, Germany and France were expected to meet in Berlin on Sunday over the crisis.