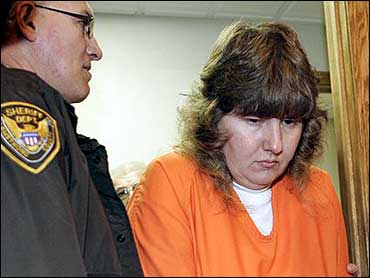 (CBS/AP) KITTANNING, Pa. - A judge nearly halved the prison sentence for a Pennsylvania woman who knocked her pregnant neighbor unconscious with a baseball bat and tried to cut the fetus out of her abdomen in 2005.

Armstrong County President Judge Kenneth Valasek on Wednesday reduced Peggy Jo Conner's sentence to 12 1/2 to 31 years in prison. The 45-year-old Manor Township woman had been serving 22 to 50 years for the attack on Valerie Oskin and the unborn baby, who both survived.

Valasek reduced the sentence after agreeing with a defense attorney that Conner was wrongly sentenced under a section of the attempted homicide statute that includes "serious bodily injury." Valasek agreed that was incorrect and resulted in a more severe sentence than necessary.

In October 2005, Connor beat Oskin, drove her to a wooded area and tried to cut her abdomen with razor knife. A teenager riding on an all-terrain vehicle happened upon the attack and alerted his father, who called 911 and summoned police.

The baby was delivered a short time later by emergency Caesarean section and put up for adoption. Oskin, who was then 31, had intended to do that even before she was attacked.

"I made a huge mistake years ago," Connor said Wednesay, adding that she had a drug problem at the time. "I'm not the same person I was."

In their appeal, defense attorney Chuck Pascal said Connor wasn't effectively represented by her first attorney and didn't fully understand the plea agreement she signed or its ramifications. The judge agreed after he saw the incorrect section of the attempted homicide statute referenced in court documents.

District Attorney Scott Andreassi said he may appeal the new sentence and told the judge he rejects "any sentence than that originally imposed."

But Pascal said Connor has been "a model prisoner, taking responsibility for what she did." Because she's been given credit for time served even before her conviction, Conner will be eligible for parole when she finishes her minimum sentence in about 5 1/2 years, Pascal said.