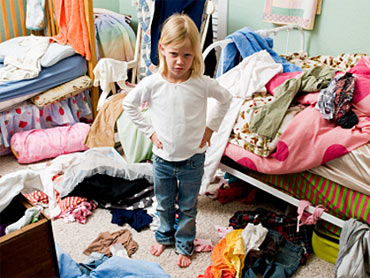 The chairman of the Senate Judiciary Committee said Friday he feels certain that Alberto Gonzales will be confirmed as attorney general despite concerns about his role in a Bush administration legal doctrine that critics said undermined prisoner-of-war protections and a law against torture.

Senate Judiciary Committee Chairman Arlen Specter said the nominee's defense of his role in revising torture policy was "not entirely satisfactory" but predicted that would not derail his confirmation. "It's my sense that he'll have an overwhelming vote," Specter, a Republican, told NBC's "Today" show.

A committee Democrat, who said his own vote was still undecided, agreed with that prediction. "There's a lower standard, frankly, for attorney general than for judge, because you give the president who he wants," said Sen. Charles Schumer, a Democrat who was also appearing on "Today."

Through more than seven hours of testimony Thursday, Gonzales denied that his advice to President George W. Bush led to abuse of prisoners in U.S. custody, and he condemned torture as an interrogation tactic.

Gonzales betrayed little emotion and at times gave lawyerly answers to pointed questions from senators. He did little to satisfy critics from human rights groups and in Congress, but neither did he say anything at his confirmation hearing that might damage his prospects of becoming the nation's first Hispanic attorney general.

Gonzales said his friendship with the president, whom he serves as White House counsel, would not affect his performance as attorney general.

"I will no longer represent only the White House," he said Thursday. "I will represent the United States of America and its people. I understand the difference between the two roles."

Specter said the Republican-led Senate could vote to confirm the 49-year-old Texan as John Ashcroft's replacement before Mr. Bush begins his second term on Jan. 20. Committee Democrats addressed Gonzales as though his confirmation was all but assured.

"Torture and abuse will not be tolerated by this administration," Gonzales assured senators. "I will ensure the Department of Justice aggressively pursues those responsible for such abhorrent actions."

Gonzales denied that any of the memos he wrote or reviewed in the White House had anything to do with the abuse.

"Would you not concede that your decision and the decision of the president to call into question the definition of torture, the need to comply with the Geneva Conventions, at least opened up a permissive environment of conduct?" asked Richard Durbin of Illinois, the Senate's No. 2 Democrat.

Gonzales said he was sickened and outraged by photos of abuse at Iraq's Abu Ghraib prison. He described the U.S. troops in those photos as "people who were morally bankrupt having fun." Other abuses of foreign detainees probably occurred because "there wasn't adequate training, there wasn't adequate supervision," he said.

Much of the discussion focused on two memos. One, written by Gonzales in January 2002, asserted that terrorists captured overseas by Americans do not merit the protections of the Geneva Conventions. The other, addressed to him in August 2002, argued for a narrow definition of torture as "excruciating and agonizing pain."

Gonzales acknowledged he took part in meetings about the August 2002 torture memo, although he was careful to avoid taking responsibility for ordering it. The memo from a Justice Department official begins, "You have asked for our office's views."

Asked if he requested the memo, Gonzales replied, "I don't recall if it was requested by me."

Those kinds of answers led Sen. Joe Biden, a Democrat, to complain: "We're looking for candor, old buddy. I love you, but you're not very candid so far."

Sen. Lindsey Graham, a Republican, said the memo helped undermine the war in Iraq. "When you start looking at torture statutes and you look at ways around the spirit of the law, you're losing the moral high ground," Graham said. "I do believe that we've lost our way."

Gonzales defended the January 2002 memo to Mr. Bush in which he argued that the fight against terrorism "renders obsolete Geneva's strict limitations on questioning of enemy prisoners and renders quaint some of its provisions."

In his Senate testimony Thursday, he said, "I consider the Geneva Conventions neither obsolete nor quaint."

Gonzales' defense did not impress John D. Hutson, dean of the Franklin Pierce Law Center in Concord, New Hampshire. He was one of three administration critics who testified after Gonzales. The memo was "shallow in its legal analysis, shortsighted in its implications and altogether ill-advised," Hutson said. "Frankly, it was just wrong."