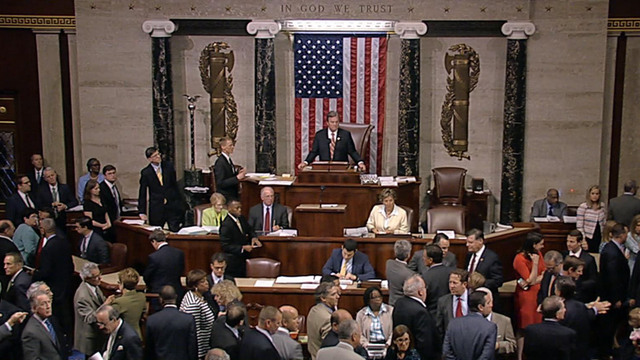 The Senate voted 60 to 38 Wednesday to pass a bill that will fast-track the Trans-Pacific Partnership through Congress and could salvage President Obama's trade agenda. The Trade Promotion Authority bill now heads to the president's desk.

Although senators voted to advance the fast-track bill, known as Trade Promotion Authority (TPA), last month, their initial efforts died in the House when many Democrats joined together to block a program to aid workers whose jobs are displaced by trade. Though Democrats traditionally support the program, known as Trade Adjustment Assistance (TAA), they voted it down as a way to stall the trade bill in its tracks. It was a major blow to President Obama.

Shortly after TPA passed, the Senate approved the worker assistance program in a separate bill.

Republican leaders promised that both bills would get a vote, in the hopes that that Democrats could be convinced to support worker protections if they know that the trade bill will move forward with or without them.

"We remain committed to ensuring that both TPA and TAA are passed and enacted into law," House Speaker John Boehner, R-Ohio, said in a statement Tuesday morning. "The House will consider TAA once it passes the Senate as part of a new trade preferences bill. And we are ready to go to conference on the customs bill. Our goal is to get TPA and TAA to the president's desk this week and deliver this win for the American people."