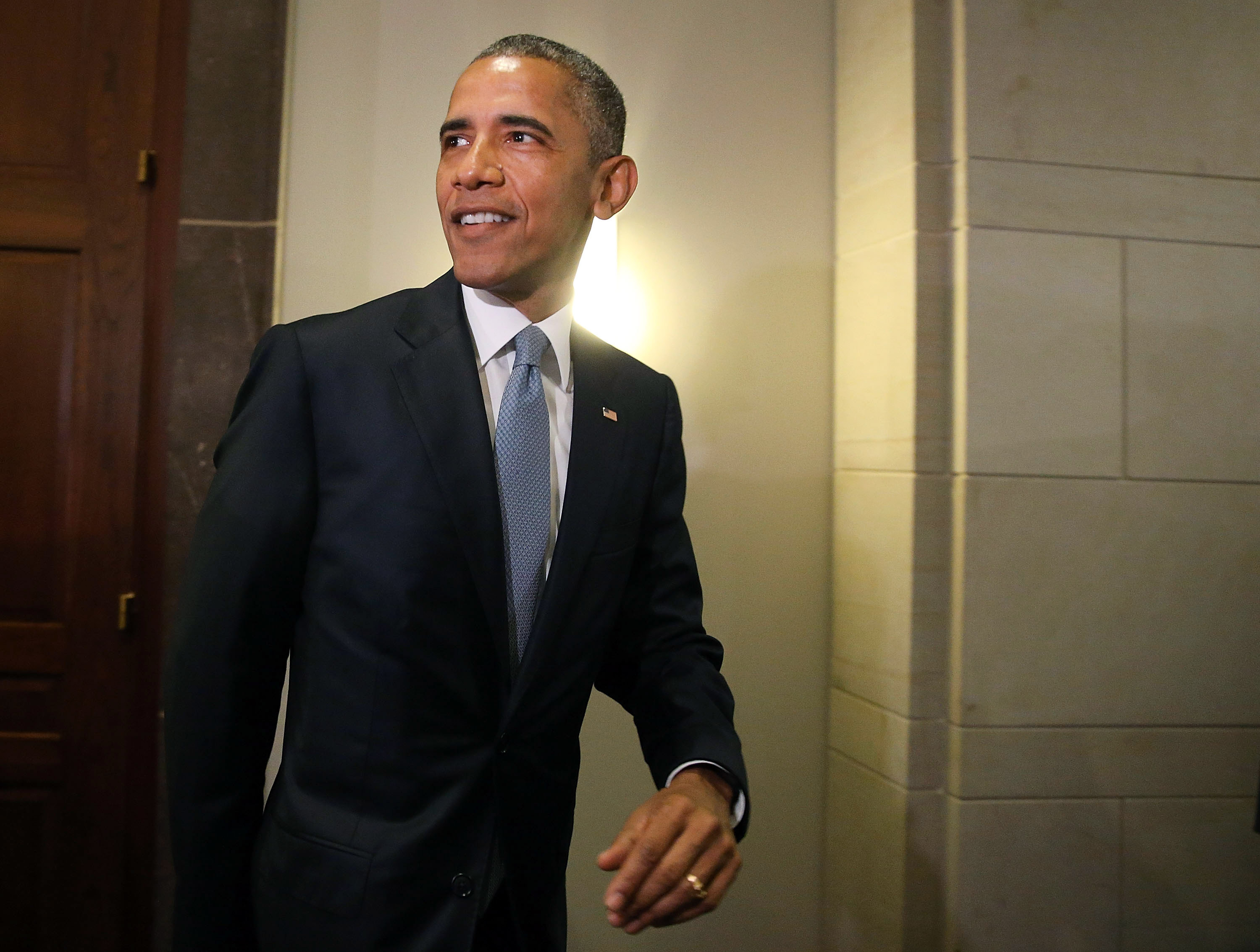 President Obama met with pro-trade Democrats from the House and Senate Wednesday in an effort to salvage a major trade deal in Congress, and one member who attended the gathering, Rep. Gerry Connolly, D-Virginia, told reporters at the White House that the president had a quiet confidence that the new legislative path for the measure would prevail.

The president and Republicans want Congress to pass Trade Promotion Authority (TPA), a bill that would fast track a massive Asia-Pacific trade deal through the Congressional approval process by allowing only a yes-or-no vote and no amendments. Democrats sank TPA in the house last week by voting against Trade Adjustment Assistance (TAA), which would aid workers who lost their jobs because of such trade deals. Though TAA has traditionally been a Democratic priority, Democrats voted no with the approval of House Minority Leader Nancy Pelosi, D-California, in order to slow down the trade bill.

The House of Representatives will vote on Trade Promotion Authority Thursday, although the vote will not be contingent upon passing TAA. The bill will then go back to the Senate, where it is unclear if it has the 60 vote threshold to pass without worker protections.

"We are committed to ensuring both TPA and TAA get votes in the House and Senate and are sent to the President for signature," the leaders said. They also promised to work on another trade-related bill dealing with customs so it would make it to the president's desk.

On Tuesday, Pelosi objected to reports that she had "knifed" Mr. Obama by leading the rebellion.

"What you saw on the floor on Friday was an expression of concern of the American people. We are representatives. That is our title, and that is our job description. These are our constituents," Pelosi said.

Just 28 House Democrats and 14 Senate Democrats have backed the president on trade despite a personal appearance on Capitol Hill last week to lobby for the bill.

White House spokesman Josh Earnest said Wednesday that the president will only support a strategy that results in both TPA and TAA coming to his desk, and will not sign legislation that gets him fast-track authority but not worker assistance.

When asked if Mr. Obama would be willing to take half the loaf, even if it's the half he wants, Earnest said the answer is no.

In addition to his meetings Wednesday, Earnest said the president has made many calls in recent days, principally to Democrats but to some Republicans as well. He would not say if the president has called Pelosi.