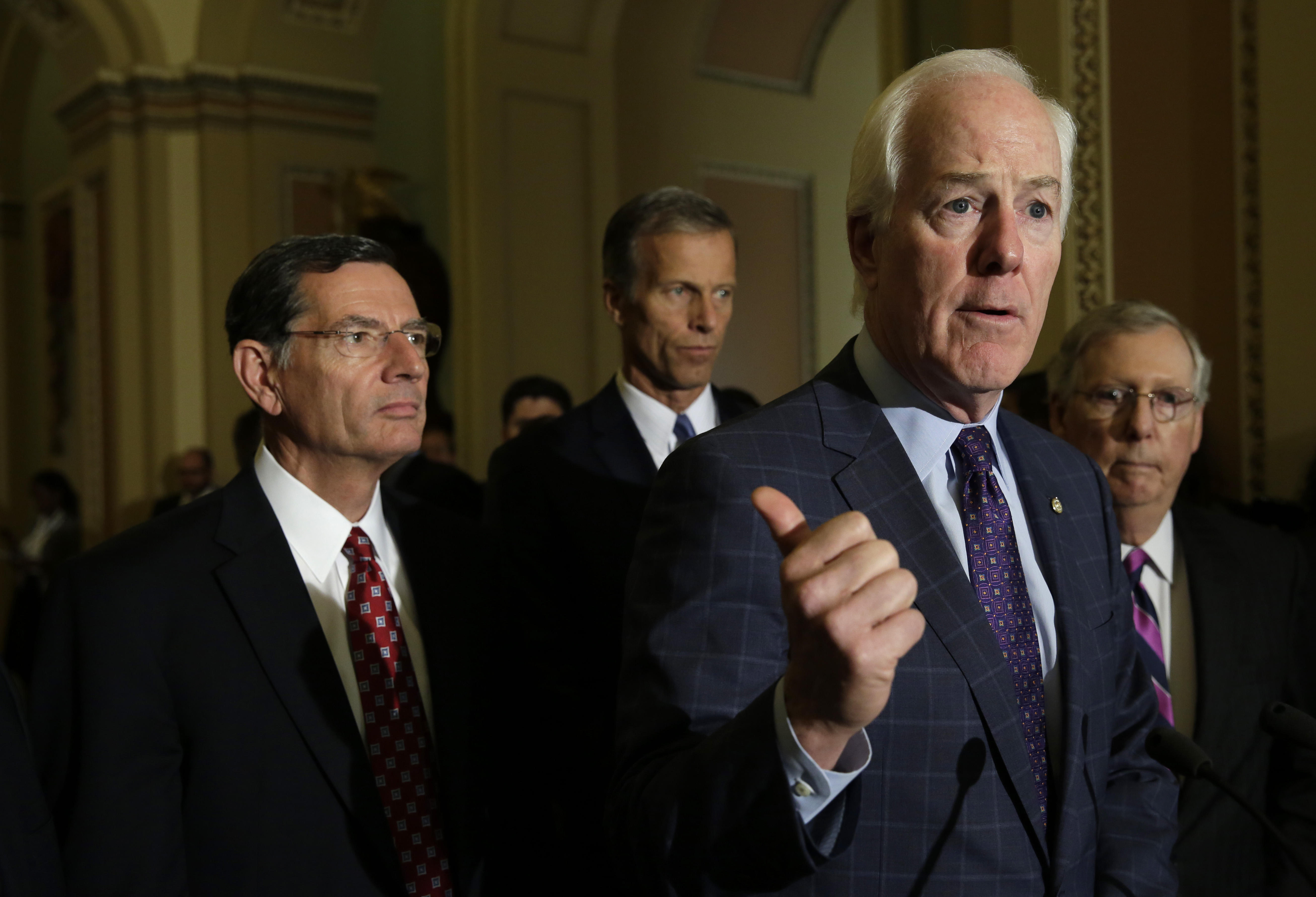 Senate GOP leaders are eyeing Tuesday for a health care vote, but no one knows yet which proposal will be voted on.

Sen. John Thune, R-South Dakota, chairman of the Senate Republican Conference, said the first vote will be on the House-passed health care bill from May just to open up debate and the amendment process.

"The motion to proceed will be just to get on the House bill and the substitute [amendment] will be, you know it'll be a judgment call the leader will make, at some point between now and Tuesday," Thune told reporters.

Asked if the substitute amendment would be the repeal only plan, Thune said, "It could be that, or the other," referring to the repeal and replace plan.

"Who knows?" he shrugged as the doors of his elevator closed.

Senate Majority Whip John Cornyn, R-Texas, said Thursday that 50 people are ultimately going to decide whether there's an "outcome" in the end.

"Any three people can kill the bill at the end if they're not satisfied," he said.

But when asked if senators would want to know the plan beforehand, Cornyn said, "Yeah, but it's a luxury we don't have." The senator, however, was referring to the open amendment process, an aide said, because it's difficult to predict what the final product will look like in the beginning.

Cornyn signaled that there would be a vote next week, but one senator, Sen. Mike Rounds, R-South Dakota, suggested that it's possible the vote will be postponed because of Sen. John McCain's absence. The Arizona Republican has been diagnosed with brain cancer and underwent surgery to remove a tumor from his brain last week.

Sen. Rand Paul, R-Kentucky, who opposed the two repeal and replace plans floated by leadership so far, said that there should be a "random selection" of amendments on the first day of debate to satisfy all factions of the conference.

This comes after the nonpartisan Congressional Budget Office (CBO) released a cost estimate Thursday morning that projects that 22 million more people would become uninsured over the next decade under the Senate Republican plan to repeal and replace Obamacare. After meeting with President Trump for lunch at the White House Thursday, senators attempted to revive that plan. Trump administration officials met with 22 Senate Republicans at the Capitol Thursday night to discuss their disagreements.