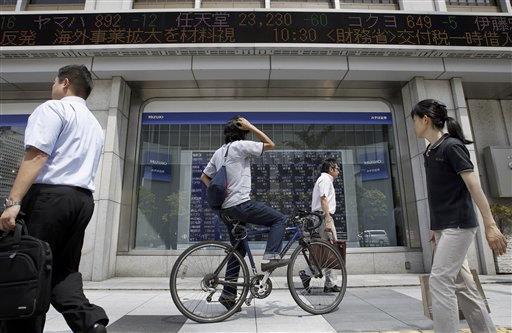 Drilling backers fell four votes short of getting the required 60 votes to avoid a threatened filibuster of the defense measure over the oil drilling issue. Senate leaders were expected to withdraw the legislation so it could be reworked without the refuge language. The vote was 56-44.

Senate Majority Leader Bill Frist was among those who for procedural reasons cast a "no" vote, so that he could bring the drilling issue up for another vote.

The vote was a stinging defeat for Sen. Ted Stevens, R-Alaska, who for years has waged an intense fight to open the Arctic National Wildlife Refuge. He had thought this time he would finally get his wish.

Stevens called the refuge's oil vital to national security and bemoaned repeated attempts over the years by opponents using the filibuster to kill drilling proposals.

Democrats, conversely, accused Stevens of holding hostage a military spending bill that includes money to support troops in Iraq and $29 billion for victims of Hurricane Katrina.

"Our military is being held hostage by this issue, Arctic drilling," fumed Sen. Harry Reid, the Democratic leader. The Nevada Democrat said the Senate could move quickly to pass the defense bill once the refuge issue was resolved.

"We all agree we want money for our troops. ... This is not about the troops," said Sen. John Kerry, D-Mass., a strong critic of letting oil development disturb the refuge in northeastern Alaska.

During the vote, a grim-faced Stevens, 82, who had fought to open the refuge to drilling since 1980 and is the most senior Republican in the Senate, sat midway back in the chamber, watching his colleagues. When it became apparent that he had lost, he briefly talked with Frist, presumably over what move should be taken next. He briefly shook his head, a signal of his disappointment.

"We need ... to open up the small area of the coastal plain (of the refuge) for oil exploration and development," said Sen. Lisa Murkowski, R-Alaska. She called making the oil available a matter of national security by reducing U.S. reliance on oil imports.

Senators determined to protect the refuge from development found it difficult to oppose the politically popular defense bill, which has money for troops in Iraq, relief for Katrina hurricane victims and help for low-income families to pay energy bills.

"Destroying this wilderness will do very little to reduce energy costs nor does it do very much for oil independence," said Sen. Dianne Feinstein, D-Calif.
A decade ago a Republican-led Congress used a parliamentary maneuver to get an ANWR bill successfully past a filibuster, only to have it vetoed by President Clinton. This time President Bush has made ANWR drilling one of his top priorities and is eager to sign a bill.

Drilling opponents long have argued that ANWR's oil should not be exploited because of the coastal plain's fragile ecosystem and its wildlife. While the region looks bleak during its long winters and oil can be seen seeping from some of its rock formations, the coastal strip also is the calving ground for caribou and home to polar bears, musk oxen, and the annual influx of millions of migratory birds.

"There are literally hundreds of thousands of Americans following this issue," William Meadows, president of the Wilderness Society, said Tuesday, adding that there has been "an outpouring of angst and concern" over Stevens' attempt to link hurricane relief money, low-income energy assistance funds and money for the Iraq war to push the drilling measure through a reluctant Senate.

Drilling proponents say modern techniques can extract the oil without damaging the environment.

The House passed the $454 billion defense spending bill earlier this week, 308-106, with scores of lawmakers who previously opposed refuge drilling voting for the legislation.

The bill includes $29 billion for Katrina hurricane relief, $2 billion in emergency funding for low-income families pay high heating bills this winter as well as money for troops in Iraq. Stevens' provision would funnel 80 percent of the proceeds from Arctic refuge oil lease sales to hurricane relief and 5 percent for the energy assistance program.

The legislation anticipates about $5 billion in federal revenue bonus bids from oil leases, the first of which must be issued within 22 months and the second package in 2010. Half of the lease proceeds and future royalties from oil production would go to Alaska.

Alaska relies heavily on proceeds from oil production, a revenue stream that has been in steady decline as the vast Prudhoe Bay oil fields to the west of ANWR become less productive.