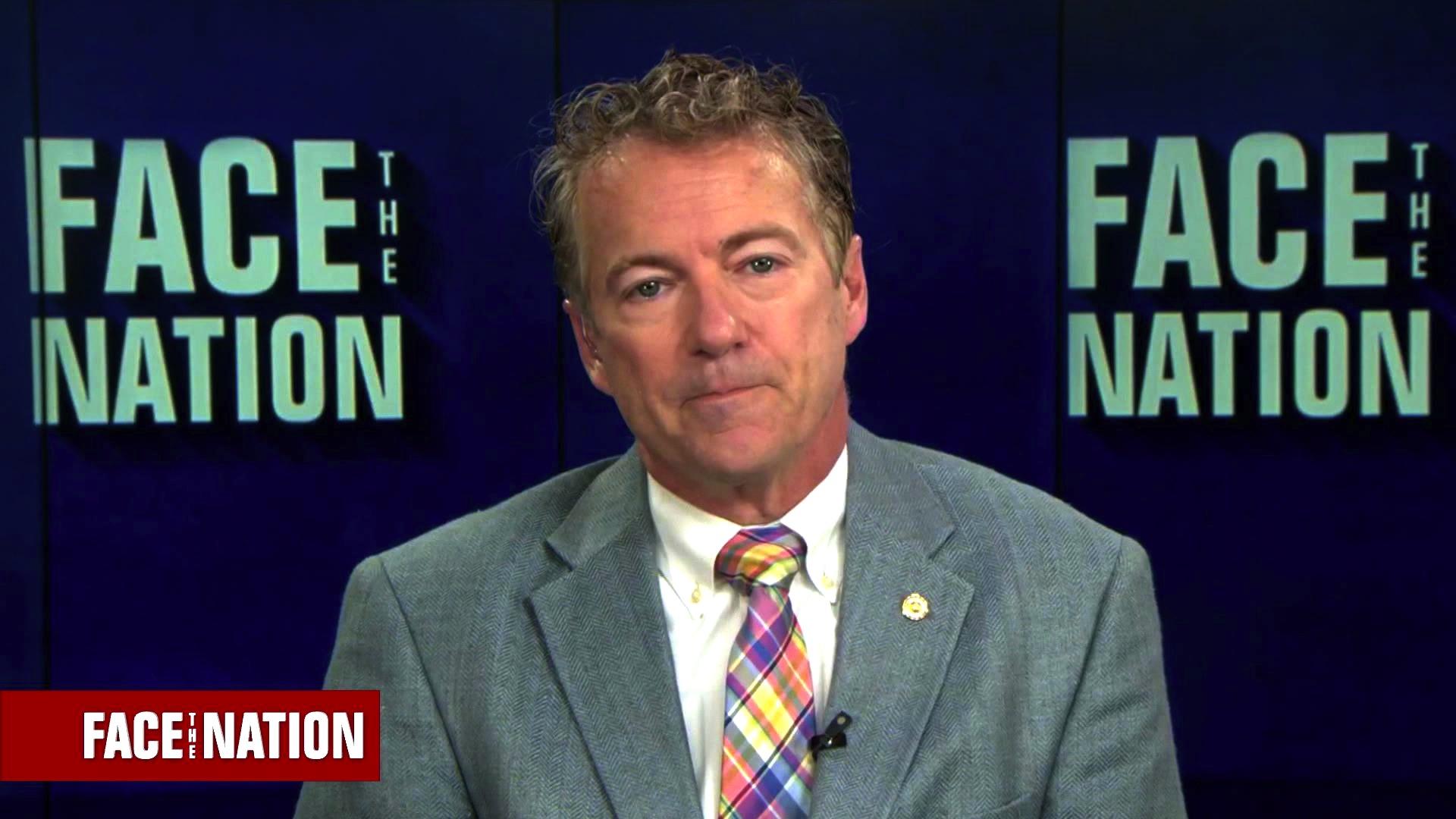 Kentucky Republican Sen. Rand Paul is slamming members of his party for being "hypocritical" for passing both tax cuts and spending increases. Paul's comments on CBS News' "Face the Nation" come just days after President Trump signed a $400 billion budget deal, ending a brief federal government shutdown on Friday that came after Paul held up a key vote in the Senate.

Paul voted for the tax cut package last year that experts said would add $1.5 trillion to the deficit over the next 10 years.

Paul, who was instrumental in derailing Senate leaders' plan to drive the budget agreement quickly through the Senate by repeatedly blocking a Thursday vote, says he thinks lawmakers should "draw attention to the fact that we're spending so much money."

"I'm still against deficit spending just because Republicans are doing it doesn't make it any better."

The budget agreement reached between Republicans and Democrats is married to a six-week temporary funding bill needed to keep the government operating and provide time to implement the budget pact. Paul held up the vote late Thursday for as long as he was able to under Senate rules.

Once Paul's time was up, the measure, backed by the Senate's top leaders, sailed through the chamber by a 71-28 vote. The House approved the legislation with a 240-186 vote hours after the Senate OK'd the deal.

Paul told CBS News' Major Garrett on Sunday that he's "very worried" about military spending increases. The budget deal raises the spending caps on defense and domestic spending by $300 billion over the next two years.

"I think one of the questions the Republicans, I think, are not willing to ask themselves is, can you be fiscally conservative and be for unlimited military spending?" said Paul.

The president hailed the boost in military spending on Friday, tweeting, "Our Military will now be stronger than ever before. We love and need our Military and gave them everything — and more."

The senator said while some welcomed the bipartisan agreement reached between the two parties, he said it's "exploding the deficit."

"I'm not so sure that's the kind of bipartisanship we need," he added.

Paul also took issue with the military's mission abroad, saying it's "beyond what we need to be."

"We're actively in war in about seven countries, and yet the Congress hasn't voted on declaring or authorizing the use of military force in over 15 years now," Paul said.

He added, pointing to the war in Afghanistan, "We're spending 50 billion dollars a year. And if the president really is serious about infrastructure, a lot of that money could be spent at home. Instead of building bridges and schools and roads in Afghanistan or in Pakistan."

How do police improve relations with minority communities?

This week on "Face the Nation with Margaret Brennan," January 29, 2023