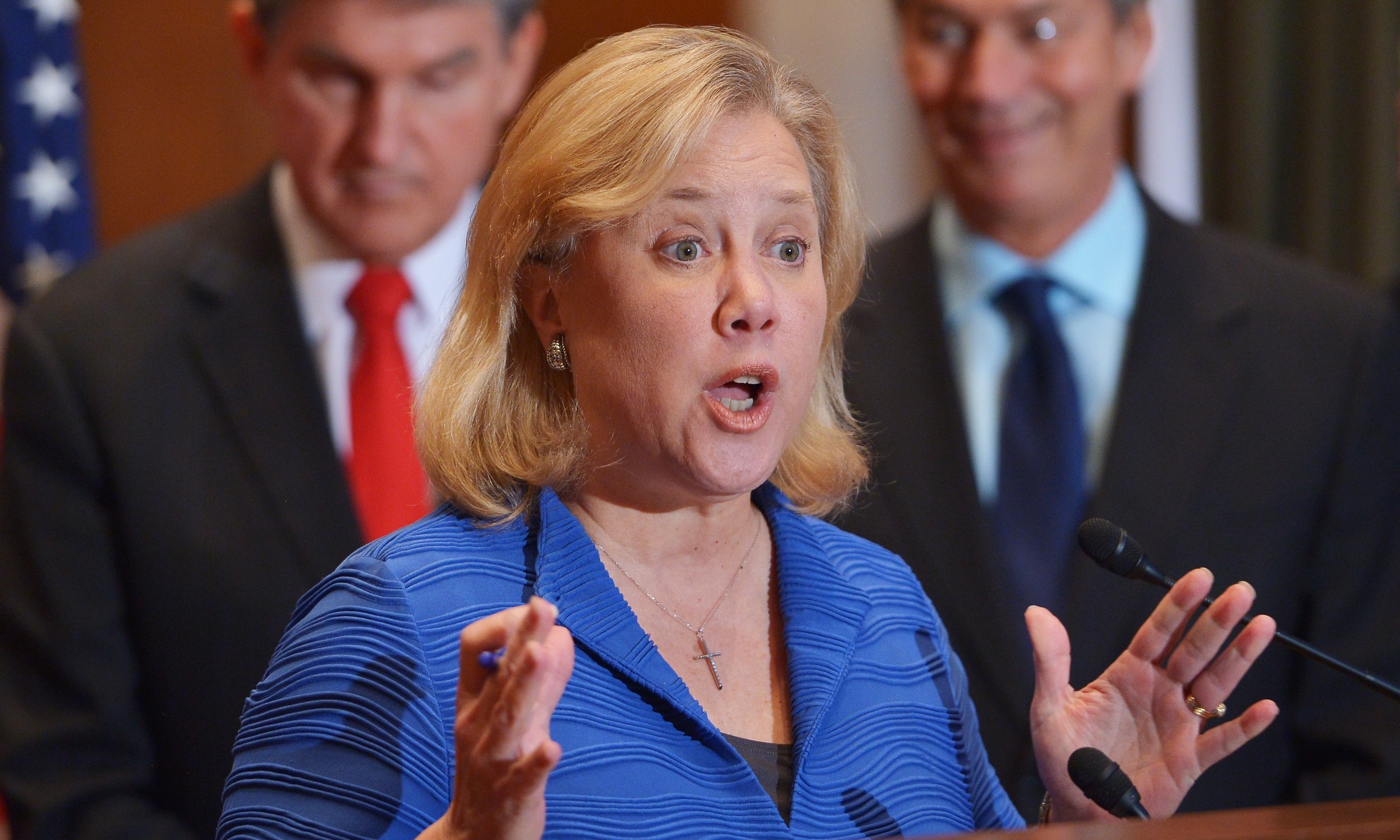 Last week could have been a special one for Mary Landrieu.

A Senate vote to bypass a reluctant president and approve construction of the Keystone XL oil pipeline appeared within reach. And that vote would have been like "manna from heaven," as a former Democratic aide put it, for red-state Democrats such as Landrieu who are vulnerable to defeat in November. The Louisiana senator had even more at stake, given that a vote would have underscored her clout as chairwoman of the Energy Committee. The panel is all-important to the oil and gas industry in her state and Landrieu's perch atop it is central to her appeal in this midterm election.

But the vote never came -- and it's not clear it will occur soon enough to help the three-term lawmaker. A squabble among Senate leaders has doomed its prospects for now. Landrieu, who has pledged to get the pipeline built despite opposition from liberal Democrats and calculated inaction by the Obama administration, put the blame on Republicans for not accepting a deal to bring up the vote.

There are many battles still to come, Landrieu said. And right on cue, she encountered another one at week's end: A new Southern Media & Opinion Research poll showed an uptick in her disapproval rating and found likely voters unenthused about her committee post.

Landrieu's re-election race is expected to be a long one for the Democrat, and not just figuratively. Because of Louisiana's "jungle" primary system, candidates from both parties running for Senate all compete against one another in November. Whoever clears the 50 percent threshold wins outright. But if no one does, the top two candidates compete in a December runoff. Polls show Landrieu well under that threshold -- the latest puts her at 36 percent, with Republican Rep. John Cassidy just one percentage point behind. (The RCP Average has her at 42.3 percent, trailing Cassidy's 44.5 in a hypothetical runoff matchup.)

Analysts in the state are predicting a runoff, given the polling trends and the fact that four people are in the race. That means Landrieu's fate might not be decided until December. And since the Louisiana contest is one of the marquee races this year, control of the Senate may not be decided until then either.

Landrieu is no stranger to long, tough campaigns, and operatives on both sides of the aisle applaud her survival instincts. She won by six points in 2008, when Obama lost Louisiana by 19 points (there was no jungle primary that year). In 2002, two years after her state voted for George W. Bush, she beat her Republican opponent in a runoff by four points. She won her first Senate race in a 1996 runoff by less than one percentage point. She is also part of a political dynasty in the state, headed by her father, Moon Landrieu. Her brother Mitch is the popular mayor of New Orleans who could run for governor in 2015.

This campaign could be her toughest yet, with Louisiana becoming increasingly unfriendly territory for statewide Democrats. Despite -- or perhaps because of -- that changing local landscape, Landrieu wields her chairmanship like a top re-election tool.

"I think we need senators that will find common ground and compromise," she told MSNBC. "And I'm one of the few that's left. So getting rid of me and a few other people would not be good for the country and its future, in my view."

Former Sen. Bennett Johnston, who preceded Landrieu and was the last Louisiana senator to chair the energy panel, said the chairmanship helps woo the business community and could give her crossover appeal. "These are people who would otherwise be Republicans, so every one of those you get helps," Johnston told RealClearPolitics. "I don't expect it to be a runaway election by any means. But this really helps Mary a great deal."

But Republicans point to the Keystone vote in arguing that Landrieu lacks the clout she claims for herself. Even if the bill were to pass the Senate -- and as of last week it was still short of a few Democratic votes -- the White House would veto it. "It's a hard argument to make, and you've got to do a whole lot of explaining. If she is indispensable and we need her, show us what you've done," said John Diez, a Republican strategist in Louisiana, who also asserts that Landrieu's chairmanship reminds voters -- in an anti-incumbent year -- how long she has been in Washington. "It's hard to demonstrate what she's done."

Robert Mann, of the Manship School of Mass Communication at Louisiana State University, who also served as an aide to former Sen. John Breaux, a Democrat, says Landrieu might more effectively sell her chairmanship in relation to the success of the oil and gas industry in the state. "I think the argument can be ... 'Help me help you keep this industry strong and viable or else we could lose this momentum,' " he said.

But "unless she pulls a rabbit out of the hat and is able to force the administration to approve Keystone or be able to do something else she can point to ... then I don't know if people are going to vote for her. ... They need to see results."

Landrieu's office argues that under Obama, she helped to pass a flood insurance bill, legislation that would help with coastal restoration, and a measure that would relieve disaster loans from Hurricane Katrina and other storms.

But Republicans are hoping that, in Louisiana, as in other races across the country, voters remember one piece of legislation in particular: the incumbent's support of the health care law. Landrieu has said she would vote for the ACA again, pointing especially to its Medicaid-expansion component. But she used her first ad of the campaign to push back at Obama over canceled insurance policies, and touted legislation she proposed to allow buyers to keep their current non-Obamacare-compliant plans. (The bill never got a vote, but the president later permitted an extension of those plans for two years.)

Landrieu also uses her chairmanship to draw some distance between herself and the president. "The administration's policies are simply wrong on oil and gas production in this nation," she says in an ad, in which the narrator notes that the home-state lawmaker holds "the most powerful position in the Senate for Louisiana."

The Senate will take up a bipartisan energy efficiency bill Monday that is expected to fail a procedural vote. Democratic Majority Leader Harry Reid said Republicans are declining to take a deal in which they agree to help pass the bill -- with no amendments -- in exchange for a vote on the Keystone pipeline. But Republicans wanted votes on a few amendments to the legislation. Landrieu blasted Republican Minority Leader Mitch McConnell for declining the offer, and called out individual GOP senators on Twitter. "My question to my Republican friends is: Do you want to build #Keystone or do you want an issue to talk about?"

Democratic Sen. Chuck Schumer, a member of the leadership team, dismissed the notion that not having a vote would hurt vulnerable Democrats. "People in Louisiana and Alaska know Mark Begich and Mary Landrieu's position," he told RCP, noting that he thought the measure would have narrowly failed.

In some ways, not holding the vote could save Landrieu from having to explain to constituents why it failed to garner enough votes, or why the president wouldn't have signed it anyway. But her opponents will likely hang any outcome on her to build their case that she's ineffective.

Despite the unencouraging outlook, Landrieu could benefit from a December runoff. If the GOP has already won control of the Senate after Nov. 4, the focus and national interest in Louisiana's results may fade (as happened in 2002, when she won despite Republicans winning the upper chamber a month earlier). But if the balance of power comes down to her state, the runoff will surely be nationalized, which could benefit her opponent in the final stretch. "The best scenario for her is Democrats clearly keep the Senate regardless of her race, and she could argue, 'Why would you fire chairman of energy committee?'" Mann says.

Republicans need to net six seats, and are eying places like Louisiana, where the president lost and isn't welcomed on the campaign trail. Unlike in other states, however, Obama could help in terms of turning out the African-America vote, which makes up roughly 30 percent of the Louisiana electorate.

"You don't want to have your picture taken with Obama and have [Republicans] tie you" to him, said Johnston, the former senator. But Michelle Obama could be a better surrogate. Over the weekend, the first lady gave the commencement address at Dillard University in New Orleans, where Landrieu received an honorary degree. The two then visited the National World War II Museum together for an event with veterans.