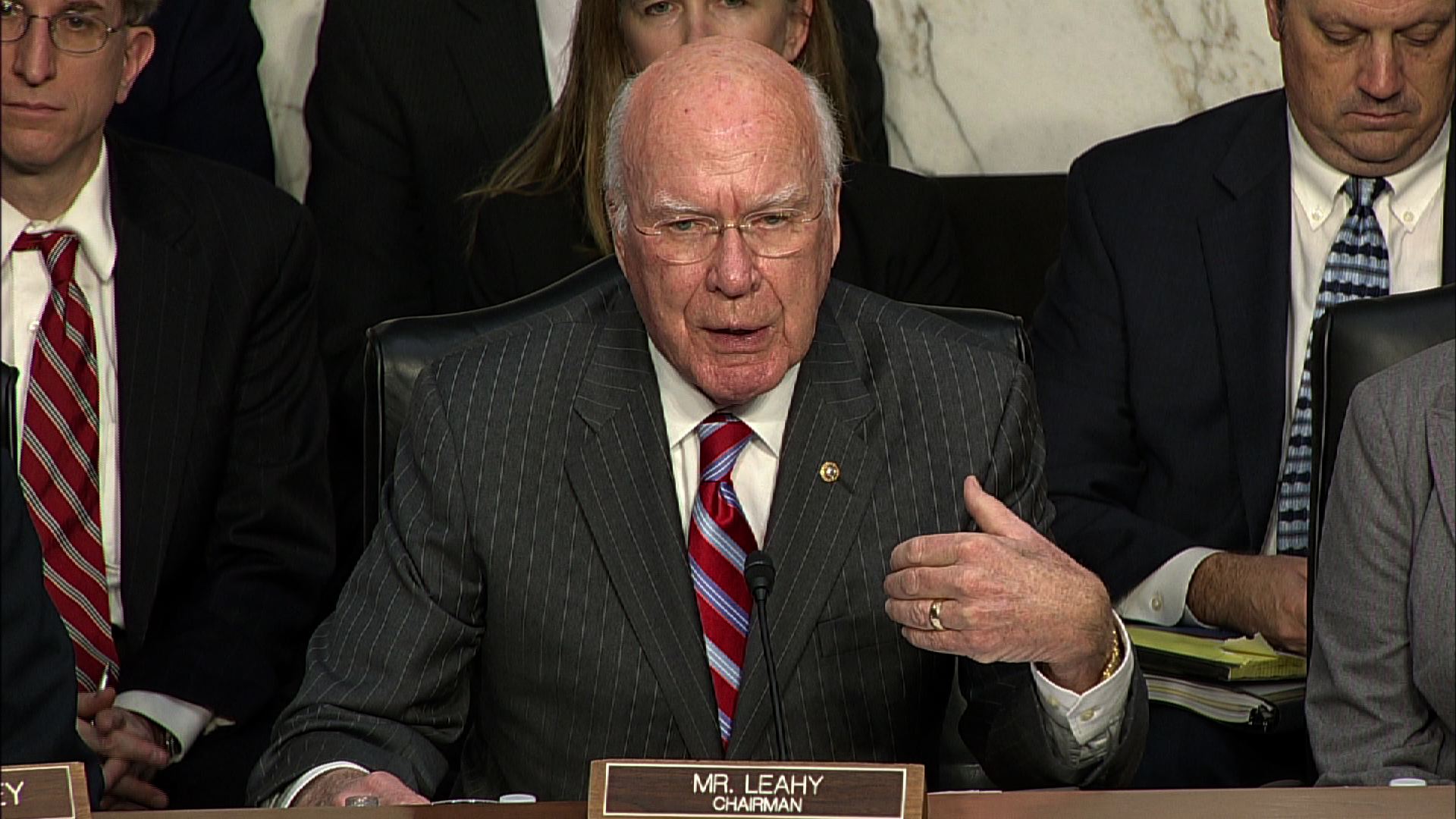 Convening the Senate Judiciary Committee for its second hearing on immigration reform, committee chairman Patrick Leahy, D-Vt., on Monday urged his Senate colleagues to stop using the Boston Marathon bombings as an excuse to slow down immigration reform.

"Last week opponents of comprehensive immigration reform began to exploit the Boston Marathon," he said at the beginning of the hearing. "I urge restraint in that regard."

The bombing suspects, brothers Dzhokhar Tsarnaev and Tamerlan Tsarnaev, were Chechen immigrants. Dzhokhar Tsarnaev, the 19-year-old taken into custody on Friday, came to the United States in 2002 with his father and applied for political asylum. He gained lawful resident status in February 2007 and became a U.S. citizen on Sept. 11, 2012. Tamerlan Tsarnaev, who was killed in a shootout with police last week, had applied for citizenship status but his application was delayed.

Leahy, however, stressed at Monday's hearing that "refugees and asylum seekers have enriched the fabric of this country." He said no one should be so "cruel" as to "derail the dreams and futures of millions of hardworking people... A nation as strong as ours can welcome the oppressed and persecuted."

Since the bombings, several lawmakers have weighed in on what kind of impact the attacks should have on immigration reform efforts.

In a letter to Senate Majority Leader Harry Reid, D-Nev., Sen. Rand Paul, R-Ky., wrote, "We should not proceed until we understand the specific failures of our immigration system. Why did the current system allow two individuals to immigrate to the United States from the Chechen Republic in Russia, an area known as a hotbed of Islamic extremism, who then committed acts of terrorism?"

Paul said as "conditions" of the ongoing debate, the Senate should conduct a "thorough examination of the facts in Massachusetts," as well as roll more national security protections into the current immigration reform bill. He also called for hearings in Senate Homeland Security and Government Affairs Committee.

Sen. Chuck Grassley, R-Iowa, the top Republican on the Senate Judiciary Committee, has been saying since Friday that immigration reform shouldn't be "rushed" and that the alleged bombers' immigration histories should be used to "help shed light on the weaknesses of our system."

"When you proposed gun legislation, I didn't accuse you of using the Newtown killings as an excuse," he said to Leahy.

And following the Texas fertilizer plant explosion that left at least 14 people dead, "I don't hear any criticism," Grassley continued, directed at lawmakers who want "to warn about more government action to make sure fertilizer factories are safe."

While he called for a deliberate pace of action, Grassley nevertheless called the immigration reform bill drafted by eight senators a "starting point."

Sen. Chuck Schumer, D-N.Y., lamented Monday that some are making the bombings an "excuse for not doing the bill" -- a remark that prompted Grassley to yell defensively, "I never said that!"

"The worst thing we can do is nothing," Sen. Dick Durbin, D-Ill., said on NBC's "Meet the Press" on Sunday. "Immigration reform will make us safer."

Sens. John McCain, R-Ariz., and Lindsey Graham, R-S.C., made the same case Friday in a statement. "By modernizing our system of legal immigration, identifying and conducting background checks on people here illegally, and finally securing our border, we will make America more secure," they said.

White House spokesman Jay Carney similarly told reporters on Monday, "The fact is that comprehensive immigration reform, as anybody who has looked into it and can attest, would enhance our security."