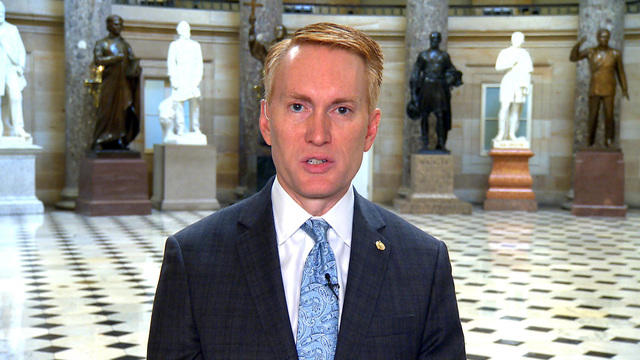 Sen. James Lankford, R-Oklahoma, says that President Trump is "certainly not careful in his words" amid confusion over the president's views on Russian interference in the 2016 election and his apparent support of Russian President Vladimir Putin at the Helsinki summit. Lankford told "CBS This Morning" that the president's misunderstandings can "affect the world."

"He's not careful in how he says things and that sometimes gets misunderstood and when you're president of the United States, everyone watches every single word and how you say it, which is important because it does affect the world," Lankford said.

The senator's comments follow back-and-forth from the White House over where Mr. Trump stands on whether Russia targeted the U.S. election systems and continues to do so, after neglecting to fully hold Putin accountable for meddling during the leaders' summit on Monday.

White House Press Secretary Sarah Huckabee Sanders clarified on Wednesday that that the president and his administration are "working very hard to make sure that Russia is unable to meddle in our elections."  Mr. Trump later told CBS Evening News anchor Jeff Glor that it's "true" Russia meddled in the 2016 presidential election, and he "would" hold Russian President Vladimir Putin responsible for interference.

Lankford told CBS that while it's "odd" to watch the messaging play out, he added that he watches "actions as I do more than words on anything." He cited the Department of Homeland Security's readiness for the 2018 midterm elections as being "extremely important" to safeguarding the democratic process.

"Our DHS has been by far more prepared for 2018 than what they were for 2016 elections," Lankford said.

Meanwhile, Lankford, who serves on the Senate Intelligence Committee, says that he's "adamantly opposed" to the idea of the U.S. turning over any diplomat to Russian officials after the White House said Mr. Trump would discuss a Russian proposal to question American citizens, including former U.S. Ambassador Michael McFaul, whom the Kremlin accuses of committing crimes in Russia.

"There's no way I would turn over a former diplomat to Russia's foreign investigation for conversation on that. They were acting in the official duties, we need to continue to stand by our folks," Lankford said.

According to a proposal outlined by Putin at Monday's Helsinki summit, Russian authorities would observe the interrogation of the Americans. In exchange, special counsel Robert Mueller would be allowed to witness the questioning of 12 Russian nationals the U.S. has indicted for allegedly participating in election interference.