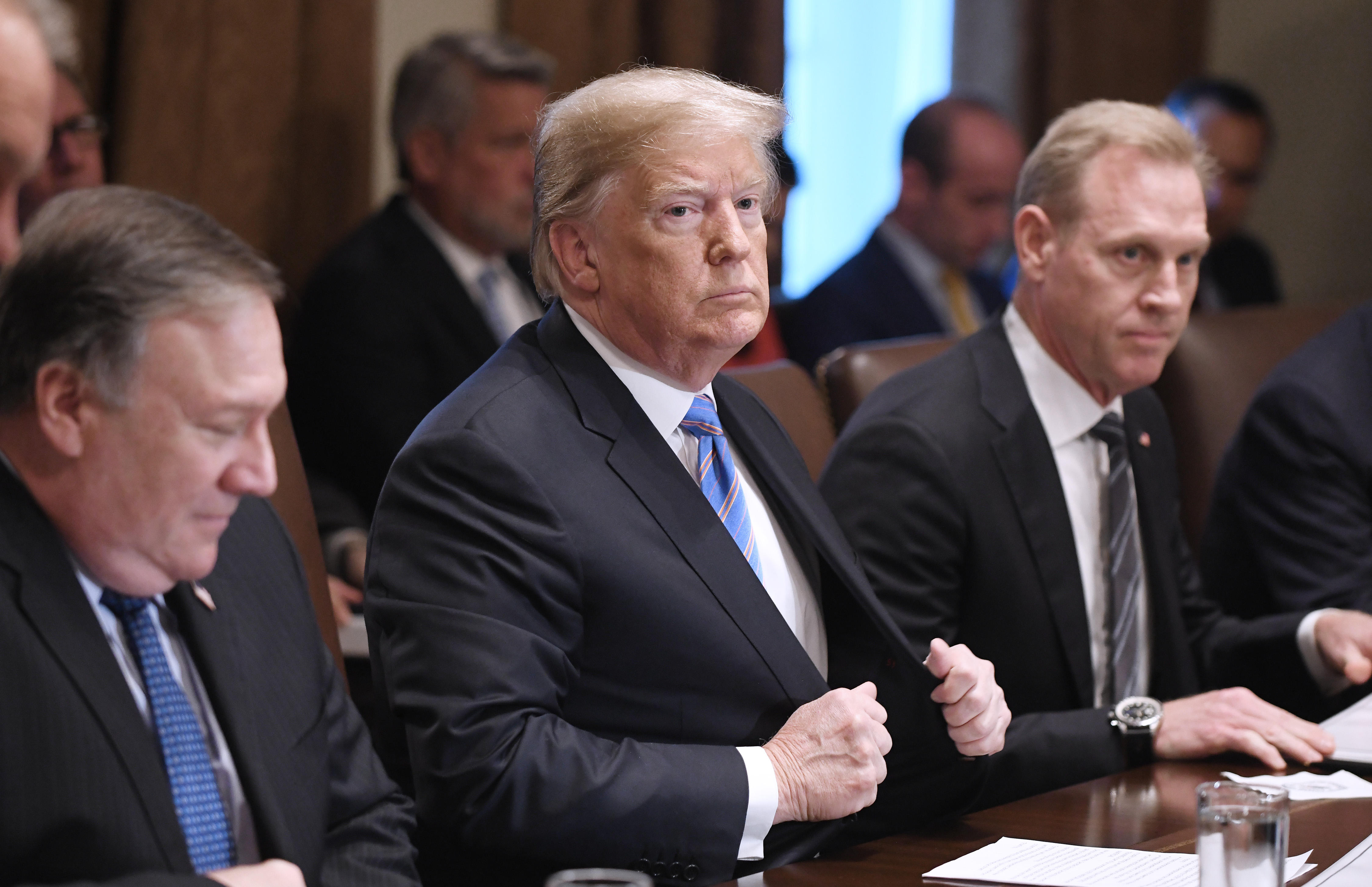 An exchange between President Trump and a reporter Wednesday during a Cabinet meeting has sparked confusion about where Mr. Trump stands on whether Russia is continuing to target the United States. The reporter asked, "Is Russia still targeting the U.S.?" while a White House press handler could be heard trying to move the press out of the meeting.

The president said, "Thank you very much, no," shaking his head.

Later, CBS News chief White House correspondent Major Garrett asked White House press secretary Sarah Sanders about the exchange during the White House briefing: "Cecilia (Vega) asked the president, 'Is Russia still targeting the U.S.?' He said 'No.' Is that what the president actually believes? Did he understand the question? And is his position that 'No, Russia is not doing anything to interfere or meddle in the 2018 election?'"

Sanders said that she had spoken with the president about the exchange, and Mr. Trump had told her that he was "saying 'no' to answering questions." She went on to say that the president and his administration are "working very hard to make sure that Russia is unable to meddle in our elections."

During the Cabinet meeting, after the exchange with ABC News' Vega, the president went on to tell reporters that there's "never been a president as tough on Russia as I have been."

"President Putin knows that better than anybody, he understands it and he's not happy about it," he added.

The president's response, as it was initially understood by the media, including CBS News, seemed to contradict Director of National Intelligence Dan Coats' statement released shortly after the president's summit in Helsinki, which said the intelligence community has "been clear in our assessments of Russian meddling in the 2016 election and their ongoing, pervasive efforts to undermine our democracy." Mr. Trump has contradicted Coats recently, telling "CBS Evening News" anchor Jeff Glor that he doesn't know if he necessarily agrees with Coats' warning about the "critical" threat of potentially devastating cyberattacks targeting U.S. systems.

Trump ally Sen. Lindsey Graham, R-South Carolina, also responded to the initial report, telling reporters that "everything I've seen from the intelligence community suggests Russia is interfering with the 2018 election."

Graham added, "I'd be curious to find why the President doesn't believe that" latest suggesting that Mr. Trump "needs to explain to the American people why he rejects the intelligence assessment about their ongoing activity against our democracy."

During the Cabinet meeting, Mr. Trump otherwise talked more broadly about his Europe trip, mentioning the summit with NATO leaders in Brussels, his visit to the U.K. and meeting with Putin, saying "incredible progress" had been made. He said his meetings in Europe were a "tremendous success" and that results will "play out for a number of years."

On Tuesday, in an effort to dispel concerns that the president still had doubts over his own intelligence community's reports, Mr. Trump said he accepts the findings that Russia interfered in the 2016 election, although as soon as he said that he accepted the conclusion about Russian meddling, he added, "It could be other people, also." He also said he misspoke when he suggested otherwise in a widely criticized press conference with Putin on Monday.

"I have full faith and support for America's great intelligence agencies, I always have," Mr. Trump said. "And I have felt very strongly that, while Russia's actions had no impact at all on the outcome of the election, let me be totally clear in saying that, and I have said this many times, I accept our intelligence community's conclusion that Russia's meddling in the 2016 election took place. It could be other people, also. There are lots of people out there."

The president tweeted earlier Wednesday, saying that people at "higher ends of intelligence loved" his press conference with Putin, teasing that "big results will come" from it. He did not specify what he meant -- whether he was talking about people in the intelligence community or people with high IQs.

At Wednesday's meeting, Mr. Trump also previewed a "big" announcement on the administration's workforce training initiatives, an agenda item his eldest daughter and White House adviser Ivanka Trump has been working closely on.

Editor's note: The headline of this story has been updated to reflect that it's unclear which question Mr. Trump was responding to. An earlier version of this story said that Mr. Trump "denied" that Russia was targeting the U.S.