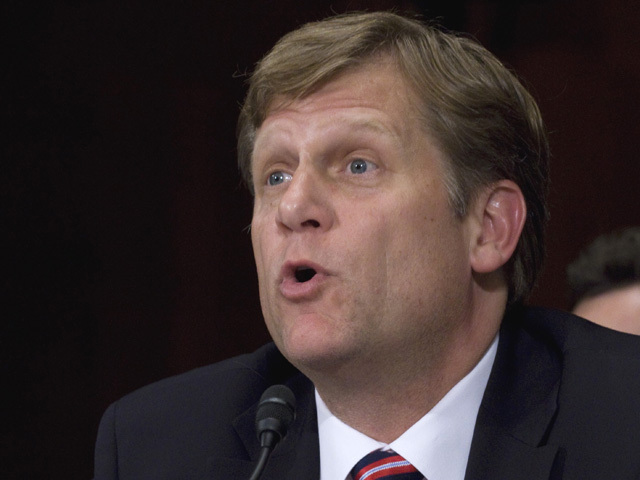 WASHINGTON - The Senate on Saturday confirmed Michael McFaul, President Barack Obama's top adviser on Russia, to be the next U.S. ambassador to Moscow.

The voice vote to elevate McFaul to the ambassador's post came on the last day the Senate is meeting this year after several months of delay.

McFaul is regarded as one of the nation's leading experts on U.S. relations with Russia and has been involved in the Obama administration's efforts to improve shaky relations with the Moscow government.

That includes the signing of the New START treaty that set a ceiling of 1,550 strategic warheads in each country's arsenal.

McFaul, who taught at Stanford, was a campaign adviser to Obama on Russia and Eurasia before moving to the National Security Council to become the president's chief Russia adviser.

Obama nominated McFaul to the post in September, but a Senate vote on his confirmation was held up by Republican Sen. Mark Kirk of Illinois over issues with U.S. policies toward Russia.

Democrats, before leaving for the winter break, tried to secure confirmation of several dozen other nominees, but were blocked by Republican leader Mitch McConnell of Kentucky who said the administration must first pledge that it will not make any recess appointments.

Temporary appointments made when Congress is not in session are a means by which presidents can fill positions that have been left open because of opposition in the Senate either to the nominee or to administration policies.

Senate Majority leader Harry Reid of Nevada said he would try again to confirm the blocked nominees next year.

They included Richard Cordray to be director of the new Consumer Financial Protection Bureau, Fed chairman Ben Bernanke to be alternate governor of the International Monetary Fund, Mari Carmen Aponte to be ambassador to El Salvador and nominees to the Federal Deposit Insurance Corp., Federal Communications Commission, and Amtrak.