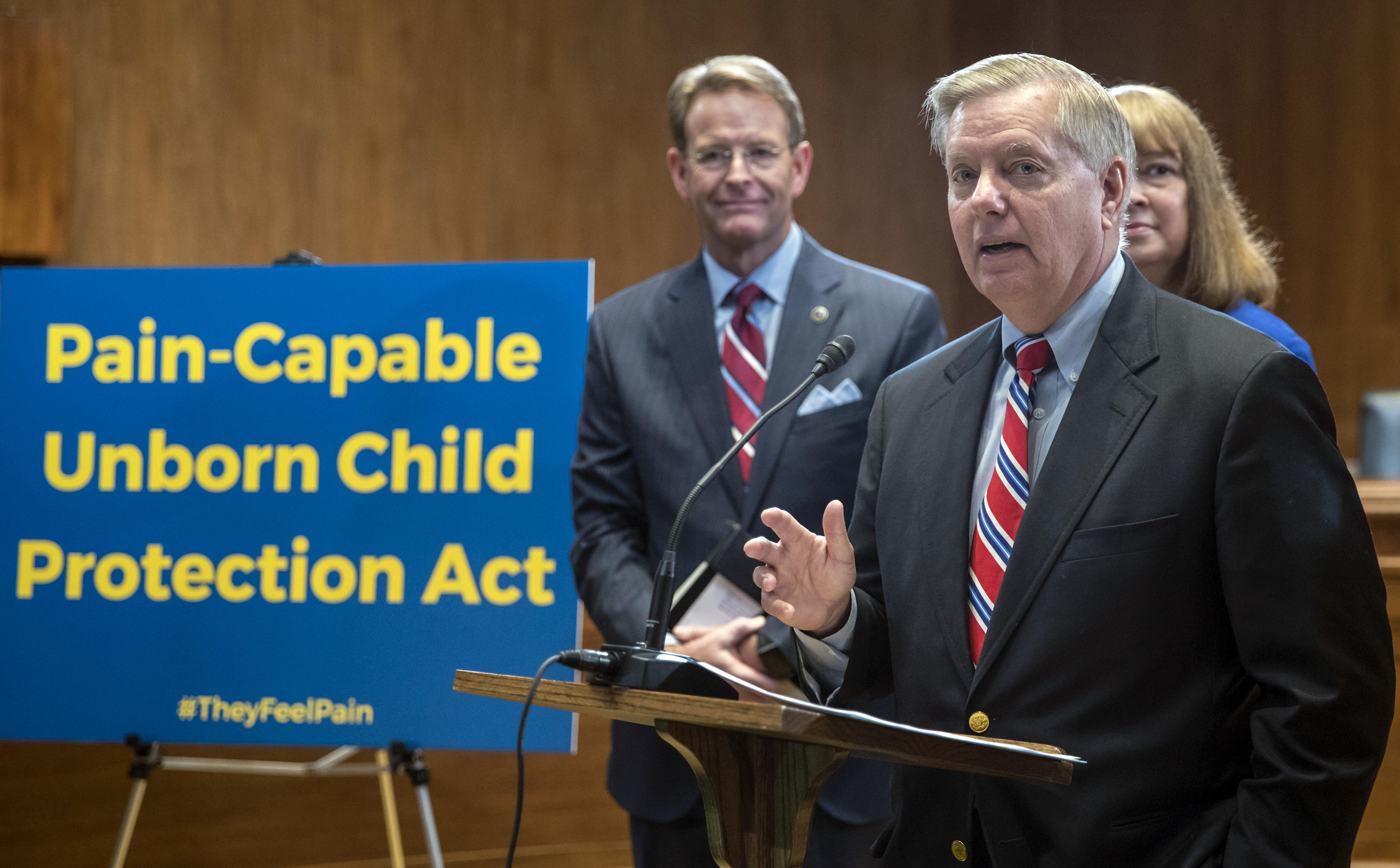 Sen. Lindsey Graham, R-South Carolina, introduced the "The Pain Capable Unborn Child Protection Act" to the Senate Thursday after its passage in the House Tuesday.

"At the end of the day what we are trying to do is stop the practice of abortion on-demand at 20 weeks, and believe it or not, it is a problem," Graham said at a press conference Thursday.

The House voted 237-189 to pass the measure. The proposed legislation would make performing or attempting to perform an abortion illegal after 20 weeks of pregnancy, with exceptions for life-threatening circumstances for the mother as well as cases of rape, which Graham qualified as being "rare." Twenty states have similar bans in place.

Under the measure, abortion providers would face penalties including a potential fine, up to five years in prison, or both.

"Science is on our side, I think basic human decency is on our side," Graham said. Flanked by representatives from anti-abortion groups including National Right To Life, the Family Research Council, Susan B. Anthony List, Concerned Women For America and Americans United For Life.

A previous version of the bill faced the House in May of 2015, but ultimately failed when it reached the Senate. However, at the time Republicans were able to gain three Democratic votes on the legislation. At present, Republicans control 52 Senate seats, falling short of the 60 votes necessary for the bill to pass.

"We are currently in the company of countries like China and North Korea," said Sen. Joni Ernst, R-Iowa, pointing out that the the United States is one of seven countries that permits abortion past 20 weeks of gestation.

"It is absolutely critical that the Senate take up this legislation to protect our most vulnerable," she said.

Sen. James Lankford, R-Oklahoma, noted that the bill also addresses what to do in the case of a "botched" abortion in which the fetus is delivered, rather than terminated.

Graham said that "President Trump is fully behind" the legislation.

In a September 2016 letter, Mr. Trump promised to sign the bill "which would end painful late-term abortions nationwide" should it pass both the House and the Senate.