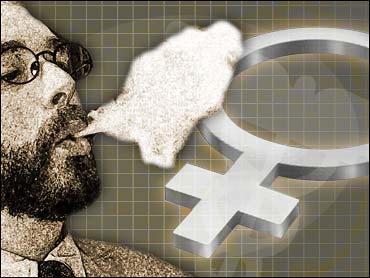 New research suggests that exposure to secondhand cigarette smoke may damage a woman's fertility, especially if she needs the help of an infertility clinic to get pregnant.

It has long been known that smokers have reduced fertility, but the effect of secondhand smoke on the ability to get pregnant is unknown.

A preliminary study, published this week in the European medical journal Human Reproduction, found that among 225 women seeking fertility treatment, there was no meaningful difference in the pregnancy rate between smokers and nonsmokers who lived with a smoker, but that both groups of women had less than half the success rate of those nonsmokers who were not exposed to smoke at home.

Although the findings suggest it's probably not a good idea for women undergoing in vitro fertilization to expose themselves to cigarette smoke, it is unclear whether they mean anything for women with unimpaired fertility trying to conceive naturally.

Many women with normal fertility who smoke get pregnant and women who have underlying fertility problems may be particularly sensitive to the damaging effects of smoke, experts say.

"We found that embryo quality and fertilization rates were similar in the three groups, but there was a significant difference in the pregnancy rates per embryo transfer, with the nonsmokers achieving around 48 percent, the smokers around 19 percent and the side-stream smokers 20 percent," said the study's leader, Michael Neal.

Side-stream smoke is the type of secondhand smoke given off by the end of a smoldering cigarette, as opposed to that exhaled by a smoker.

Dr. James Grifo, director of reproductive endocrinology at New York University School of Medicine, urged caution in interpreting the results. The findings may not be reliable, he said, because they were based on asking women to look back on the time they were trying to get pregnant and recall what their smoking situations were then.

"Patients who don't get pregnant tend to remember more negative things than patients who do get pregnant," said Grifo, who was not connected with the research. "It could just be that the women who didn't get pregnant remembered more smoking around them. In this study, we may be seeing just that, because there was no objective measurement of how much smoke they were actually exposed to."