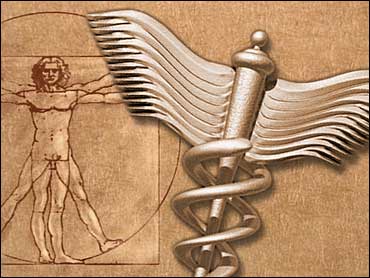 Reluctant to get a second opinion? Consider this: Over half of breast cancer patients had their initial treatment changed when they sought a review at a specialty center.

But the question remains whether everybody with cancer really needs to go shopping for a second opinion. And if the first two doctors disagree, do you need a tiebreaker?

Better than serial doc-shopping may be what Dr. Michael Sabel, a University of Michigan breast cancer surgeon, calls the team approach. It's where specialists in different aspects of cancer care — the radiologist and pathologist, surgeon, medical oncologist and radiation oncologist — all get together, usually with the patient, to reread all the tests and hash out the best treatment.

That, not run-of-the-mill second opinions, is what Sabel set out to study when he examined what happened to 149 breast cancer patients who, in one year alone, came to Michigan's Comprehensive Cancer Center after being diagnosed, biopsied and getting a treatment recommended from a doctor elsewhere.

"This was very eye-opening," he says of the results. Now he wonders, "Is there a benefit to the multidisciplinary approach upfront, rather than seeing a surgeon, then going to the next doctor, then to the next doctor?"

The study examined just recommendations for initial surgical treatment, not later chemotherapy or radiation — yet 52 percent of the women had one or more changes urged by the specialty tumor board, Sabel reported in the journal Cancer.

Sometimes it was because the original doctor didn't follow national treatment guidelines. Five patients, for example, had been told to get a mastectomy when they were good candidates for breast-conserving lumpectomy instead.

Sometimes the original advice didn't take into account newer techniques, such as using chemotherapy to shrink the tumor before operating so the breast could be saved.

Sometimes surgeons thought women were good lumpectomy candidates — only to have an oncologist determine they couldn't tolerate the radiation that's required afterward, and these surgeons ended up recommending a mastectomy instead.

And in 29 percent of the patients, the Michigan pathologists interpreted biopsy results differently than the original doctors, leading to a change in diagnosis — cancer instead of benign breast disease for one — and a change in the aggressiveness of treatment.

Doctors have long known the value of a second set of eyes examining mammograms, biopsies and other types of cancer tests. At many cancer centers, an in-house recheck is routine.

The new study provides a broader look at other areas where doctors can legitimately disagree on the best treatment, or may have missed something, says Dr. Ted Gansler of the American Cancer Society.

It was that team approach that gave Carol Pitz the confidence that her mother should follow the more aggressive treatment recommended by Michigan's tumor board, rather than what her hometown doctor several hours away had recommended.

Pitz was worried by a remark in one of her mother's many medical records suggesting that her 1999 lumpectomy may not have been big enough to get all the cancerous cells. So Pitz insisted on a second opinion.

"The experience was amazing," Pitz, of Minneapolis, recalls of the tumor board meeting.

"We really have spread the word to everybody we know about the importance of getting a second opinion," Pitz says.

Still, "the question is whether everybody needs a second opinion," Gansler notes — especially if they originally sought care at one of the many hospitals officially designated by the National Cancer Institute or the American College of Surgeons as comprehensive cancer centers and that use the team approach.

The cancer society has no official recommendation on that, although many patient advocacy groups do suggest a routine second opinion.

But anytime there's uncertainty about a diagnosis or best treatment, or if you have a more rare form of cancer, it's probably a good idea, he says.

Another reason: If your doctor or hospital hasn't cared for lots of other patients with your type and stage of tumor. The cancer society's Web site provides a searchable database of just how many cases of, say, Stage 3 pancreatic cancer, that hospitals in different areas treat in a year.

It's "always a good idea just to say, 'Have you treated many patients in a situation similar to mine? Is my case unusual in any way? Is there any reason you think I might benefit from a second opinion?'" Gansler advises.

A good doctor won't be offended by a patient seeking a second opinion, Sabel stresses, saying they're used to it. Nor will it hurt to postpone treatment a few weeks to get that review. "A few weeks is very reasonable. Patients shouldn't feel pressured."