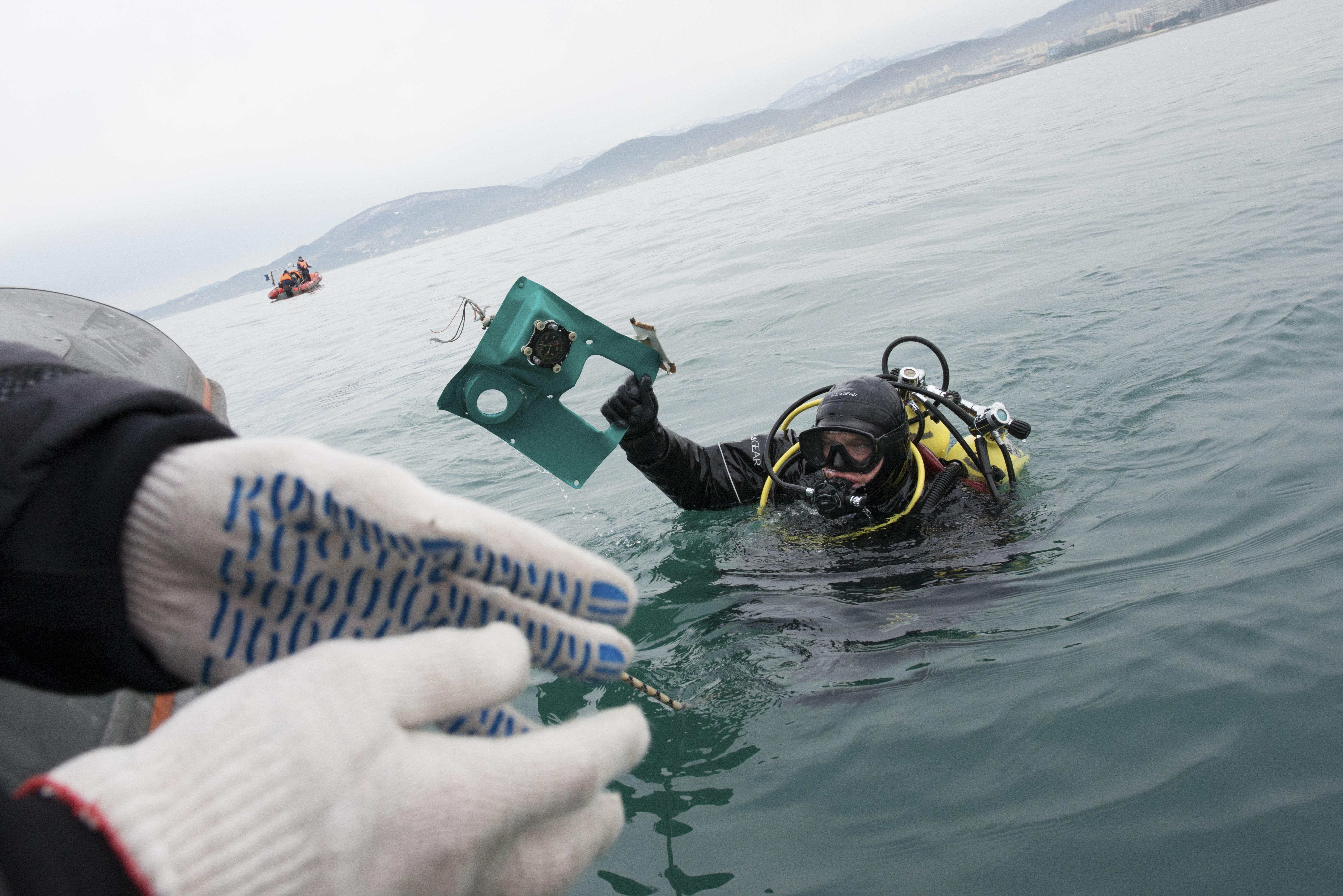 MOSCOW, Russia -- Search teams on Wednesday recovered another flight recorder from a military plane that crashed in the Black Sea, the Russian Defense Ministry said.

The first flight recorder was found Tuesday, and experts were already analyzing its data to determine the cause of the Russian Defense Ministry Tu-154 crash that killed 92 people early on Sunday.

The flight crashed two minutes after taking off in good weather from the city of Sochi. It was carrying members of the Alexandrov Ensemble, widely known as the Red Army Choir, to a New Year’s concert at a Russian military base in Syria.

The Defense Ministry said 15 bodies and 239 body fragments had been recovered from the crash site. It previously said 17 bodies had been found.

A massive recovery effort involving 3,600 people, including about 200 navy divers flown to the site from all over Russia, was underway. The effort was being aided by drones and submersibles.

Investigators were looking into whether the crash might have been caused by bad fuel, pilot error, equipment failure or objects stuck in the engines. The top Russian investigative agency said it had taken samples from a fuel tank used to fill the plane, which flew from Moscow’s Chkalovsky military airport and stopped in Sochi for refueling.

Officials had previously been anxious to squelch speculation that the crash might have been caused by a bomb planted on board or a portable air defense missile.

The Komsomolskaya Pravda daily and online publication Life.ru published what they described as a script of cockpit conversation, with a pilot yelling about a problem with the plane’s flaps and then shouting: “Commander, we are falling!” It was impossible to verify the report, but both publications were known to have good connections with Russian security agencies.

Flaps are moveable panels mounted on the edge of the wings to increase lift.

The Kommersant daily also said that investigators believed that the crash was caused by a combination of malfunctioning flaps and pilot error, which caused the plane to lose speed and stall.

Though they did not announce the cause of the crash, Russia’s main domestic security and counter-terrorism agency, the FSB, previously said it had found “no indications or facts pointing at the possibility of a terror attack or an act of sabotage on board the plane.”

But some aviation experts noted the crew’s failure to communicate any technical problem, as well as a large area over which fragments of the plane were scattered point at a possible explosion on board.

The Tu-154 is a Soviet-built three-engine airliner designed in the late 1960s. Russian airlines decommissioned the noisy, fuel-guzzling aircraft years ago, but the military and other government agencies continue using the plane, which is still loved by crews for its maneuverability and sturdiness.

The plane that crashed Sunday was built in 1983 and underwent factory checkups and maintenance in 2014 as well as earlier this year. Investigators have taken relevant documents from the plant that did the job.