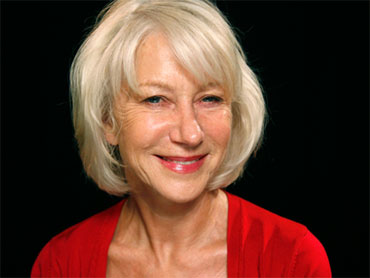 The Securities and Exchange Commission has expanded its probe of Bank of America to include possible failure by the bank to disclose mounting losses at Merrill Lynch, a top agency official said Friday.

The SEC is pursuing civil charges against Bank of America over the failed disclosure to shareholders of bonuses to Merrill employees after it was acquired by the second-largest U.S. bank.

But when Ohio Democratic Rep. Dennis Kucinich asked at a hearing whether the agency has widened its investigation to include the disclosure of losses at Merrill, SEC Enforcement Director Robert Khuzami said: "That's a yes."

The SEC has been "and (is) looking at all aspects" related to Bank of America's disclosures to shareholders before the merger was approved last December, Khuzami said.

The agency "will continue to vigorously pursue our charges against Bank of America and take all necessary steps in an effort to prove our case in court," he said.

A federal judge threw out a proposed $33 million settlement in September and rebuked the SEC for not pursuing charges against individual executives of Charlotte, N.C.-based Bank of America.

As the litigation proceeds, "We may get additional information and we'll take that into account in making our decision," Khuzami said. He noted that a higher level of proof, showing knowledge or reckless conduct, is required to make a case against individuals as opposed to companies.

Bank of America "is the test case" for the SEC's enforcement efforts, Kucinich declared.

The House Oversight and Government Reform Committee has been examining for seven months Bank of America's acquisition of Merrill and the role of government officials in the $45 billion federal rescue of the bank. Friday's hearing was its fifth and final one on the subject.

Federal Deposit Insurance Corp. Chairman Sheila Bair, appearing earlier before the panel, said her agency took part in the rescue of Bank of America in January because its condition posed a threat to the financial system.

Bair said the FDIC's $2.5 billion risk guarantee was intended to reduce the threat to the system and the deposit insurance fund. This week Bank of America repaid the $45 billion bailout it received.

The SEC had accused Bank of America of failing to disclose to shareholders that it had authorized New York-based Merrill to pay up to $5.8 billion in bonuses to its employees in 2008 even though the investment bank lost $27.6 billion that year. Bank of America had agreed to pay $33 million to settle the charges without admitting or denying wrongdoing, saying it didn't violate disclosure rules but wanted to avoid litigation with the SEC at a time of market uncertainty.

She reaffirmed her support for a new council of federal regulators that could resolve institutions posing a threat to the system in the way the FDIC does with insured banks. The proposal for the new council is in sweeping financial overhaul legislation being voted on by the House.

"I don't think we have market discipline right now and we need that," she said.

Some Republican lawmakers contend that the government forced Bank of America to take over Merrill, and they have accused the Democratic leaders of the oversight panel of covering up the role of Treasury Secretary Timothy Geithner in the affair.

Geithner was chairman of the Federal Reserve Bank of New York at the time of the merger in December 2008. His spokesmen have said he was not involved in any Bank of America decisions after being tapped for the Treasury post by President Barack Obama last November.

The $20 billion Merrill deal, forged the same September weekend that Lehman Brothers collapsed, was first questioned after Bank of America disclosed that the investment bank would post 2008 losses of $27.6 billion - far more than expected. Bank of America, which had already received $25 billion in U.S. bailout aid, then asked for and received an additional $20 billion from the government to help offset those losses.

The government's aid to Bank of America "had a stabilizing effect," Bair said.