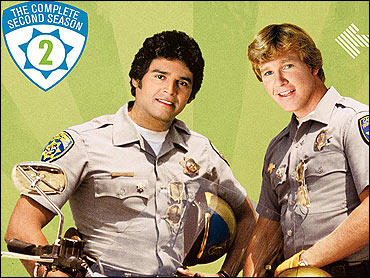 Federal regulators have accused the actor who played a California highway officer in the 1970s TV series "CHiPs" of securities fraud.

The scheme involving actor Larry Wilcox was one of several kickback operations run by more than a dozen small-company stock promoters, the Securities and Exchange Commission said Thursday. The SEC charged Wilcox and the others in lawsuits filed in Miami federal court. The 63-year-old Wilcox, played Officer Jonathan "Jon" Baker on "CHiPs."

The SEC says the promoters were caught in an FBI undercover sting operation offering to pay kickbacks to pension-fund managers or stockbrokers for using their clients' funds to buy penny stocks.