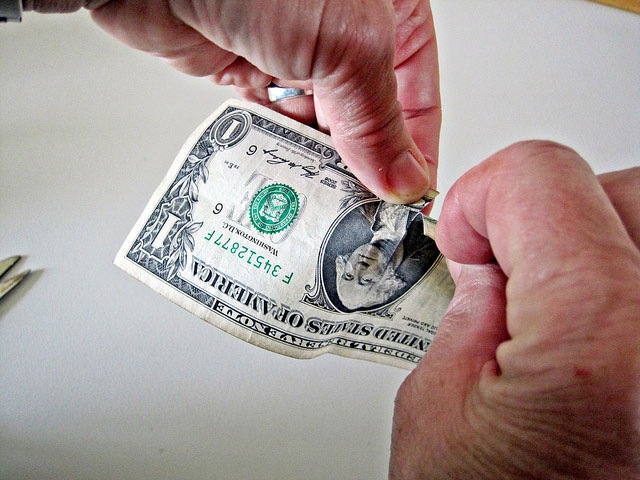 WASHINGTON Investors could lose principal from money market investment funds that perform poorly under regulations proposed Wednesday by the Securities and Exchange Commission. But the change would affect mainly institutional rather than individual investors.

The SEC voted 5-0 to advance the plan, which would allow shares of some money-market funds to "float" instead of having a fixed value of $1 per share. The proposal failed to gain support last year but has since won the backing of a panel of regulators that include Federal Reserve Chairman Ben Bernanke.

The agency also approved new fees on withdrawals from funds if their assets that can be readily converted into cash fall below a certain level. Both changes are intended to better inform investors and protect the industry from risks that surfaced at the height of the 2008 financial crisis.

The public has 90 days to comment on the proposals. At some later point, the agency would finalize the rules or settle on a modified version of them.

Allowing values to float would make some money funds more like bonds, whose principal changes with increases or decreases in interest rates. That's a fundamental shift because it means investors could lose principal if the value falls below $1.

Proponents say it is necessary change because it would show money funds, while safer than stocks and many other investments, still carry some level of risk. They say more awareness of the risk would reduce the potential for runs on money funds.

The SEC proposal would limit the floating-value requirement to those money market funds known as "prime."

Prime funds attract mainly big institutional investors, as opposed to retail customers, and are considered more risk prone because they invest in short-term corporate debt. They represent roughly half of the total $2.9 trillion assets held by all money market mutual funds.

Exempt from the floating-value requirement would be money market funds that hold at least 80 percent of their assets in cash or government securities and retail funds limiting an investor's withdrawals to a maximum of $1 million per business day.

The problems in money market funds during the 2008 crisis didn't involve those types of funds, SEC officials said.

"While money market funds have ... long served as an important investment vehicle, the financial crisis of 2008 highlighted the susceptibility of these products to runs," SEC Chairman Mary Jo White said before the vote.

Mary Schapiro, who stepped down as SEC chairman in December, pushed unsuccessfully last year for a floating value for all money market funds and a requirement that money funds hold capital reserves of 1 percent of the fund's assets. But three of the five commissioners opposed those changes, and her proposal was never brought to a vote.

Some commissioners appeared to be sympathetic to arguments made by representatives for the industry, who complained that most of the previously recommended changes would make money funds unattractive and lead to fewer investors.

This time, however, the SEC faced pressure from the Financial Stability Oversight Council, a group of high-level regulators that has backed both the floating-value requirement and calls for strict capital reserves. Bernanke and Treasury Secretary Jacob Lew both sit on the panel.

Investors learned how risky mutual funds could be during the financial crisis. The Reserve Primary Fund, one of the largest money market funds, lost so much money that it "broke the buck." As a result, its value fell to just 97 cents per share.

The decline stoked fears over the safety of money funds. In the ensuing week, investors pulled out around $300 billion from prime money funds, representing 14 percent of the assets in those funds. The government stepped in to temporarily guarantee assets of all money funds so investors could be assured they would be protected from losses.