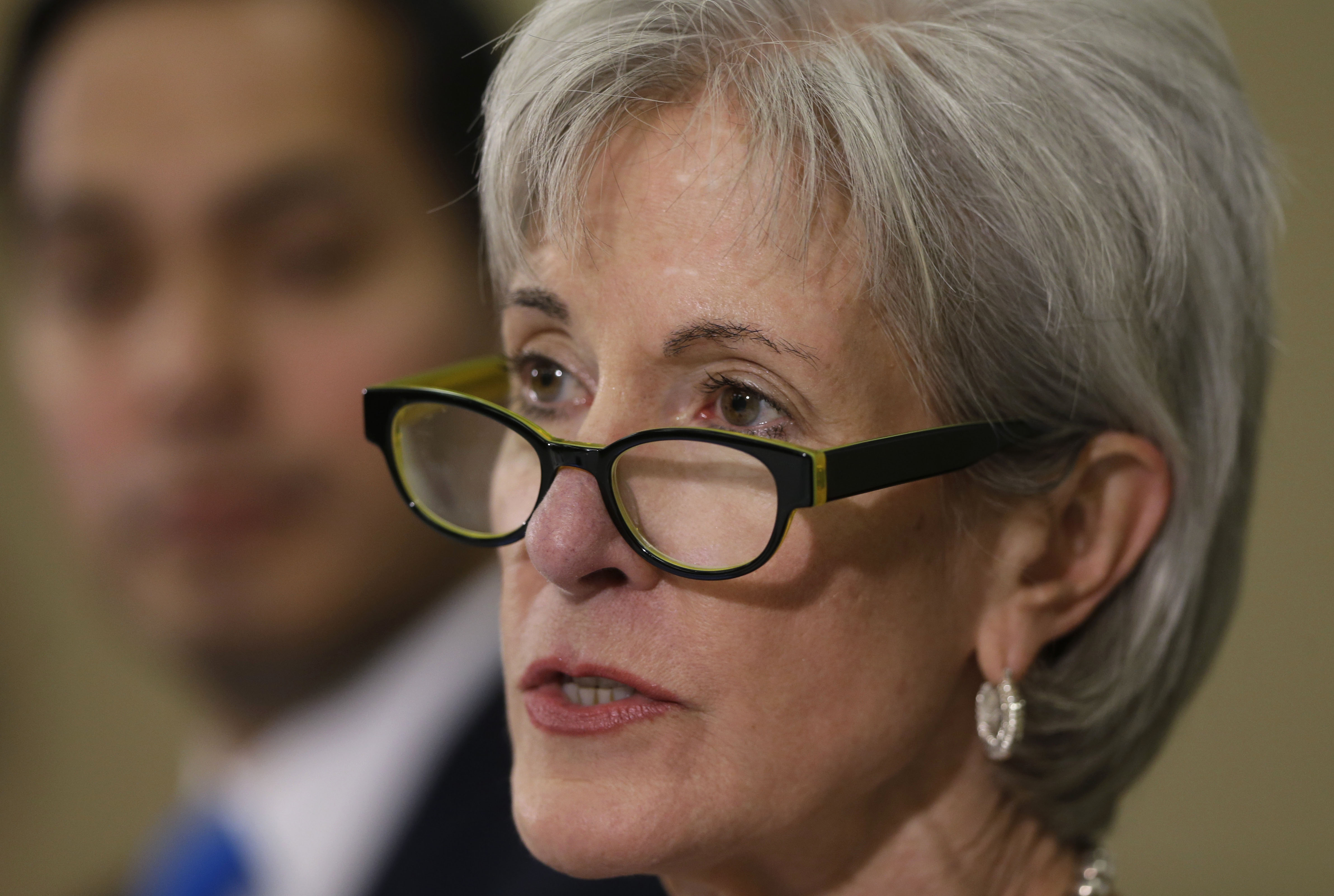 Health and Human Services Secretary Kathleen Sebelius plans to tell the House Energy and Commerce Committee on Wednesday that the private contractors who built HealthCare.gov are at fault for the site's many problems.

"To build the Marketplace, CMS [the Centers for Medicare & Medicaid Services] used private sector contractors, just as it does to administer aspects of Medicare," Sebelius says in her prepared testimony. "CMS has a track record of successfully overseeing the many contractors our programs depend on to function. Unfortunately, a subset of those contracts for HealthCare.gov have not met expectations."

Sebelius gives no further explanation in her opening remarks for the website's persistent problems, though she's sure to get a grilling from the Republican-led committee. More than two dozen House Republicans have called for her resignation, and Sen. Lamar Alexander, R-Tenn., the top Republican on the Senate health committee, joined them on Tuesday.

"Expecting this secretary to be able to fix in a few weeks what she has not been able to fix during the last three and one half years is unrealistic," Alexander said in a statement. "At some point there has to be accountability."

"Six months ago, Health and Human Services Secretary Sebelius told this committee a dozen times that the administration 'will be ready October 1,'" Ways and Means Committee Chairman Dave Camp, R-Mich., said in his opening statement. "We now know the administration was not ready and, just last week, Secretary Sebelius suggested they 'could have used 5 years' to get the exchanges up and running... Frankly, three years should have been enough."

Last week, three contractors responsible for building HealthCare.gov testified before the House Energy and Commerce Committee, and they blamed the botched rollout on HHS and CMS. The contractors confirmed that when the federal website was tested just days before its Oct. 1 launch, it crashed after just a few hundred people logged on. The decision to launch the site anyway rested solely with CMS, they said.

Additionally, the contractors said that CMS was responsible for the "end-to-end" testing necessary to ensure all the disparate parts of HealthCare.gov -- built by separate contractors -- worked together.

While Sebelius' prepared statement doesn't say anything else about the source of the site's problems, it does promise speedy improvements.

"We continue to add more capacity in order to meet demand and execute software fixes to address the sign up and log in issues, stabilizing those parts of the service and allowing us to remove the virtual 'waiting room,'" Sebelius says in her statement. "Today, more individuals are successfully creating accounts, logging in, and moving on to apply for coverage and shop for plans. We are pleased with these quick improvements, but we know there is still significant, additional work to be done."

Her opening statement also emphasizes the competitive rates available on the new marketplace created by Obamacare.

"The bids submitted by insurers provide clear evidence that the Marketplace is encouraging plans to compete for consumers, resulting in more affordable rates," Sebelius said. Not only did the initial premiums in the marketplace beat expectations, she says, but some insurers have lowered their rates even further.

"In Oregon, two plans requested to lower their rates by 15 percent or more," she says. "New York State has said, on average, the approved 2014 rates for even the highest coverage levels of plans individual consumers can purchase through its Marketplace (gold and platinum) represent a 53 percent reduction compared to last year's direct-pay individual market rates."

While Sebelius will testify before the Energy and Commerce Committee on Wednesday, President Obama will travel to Boston to speak on the importance of health insurance.