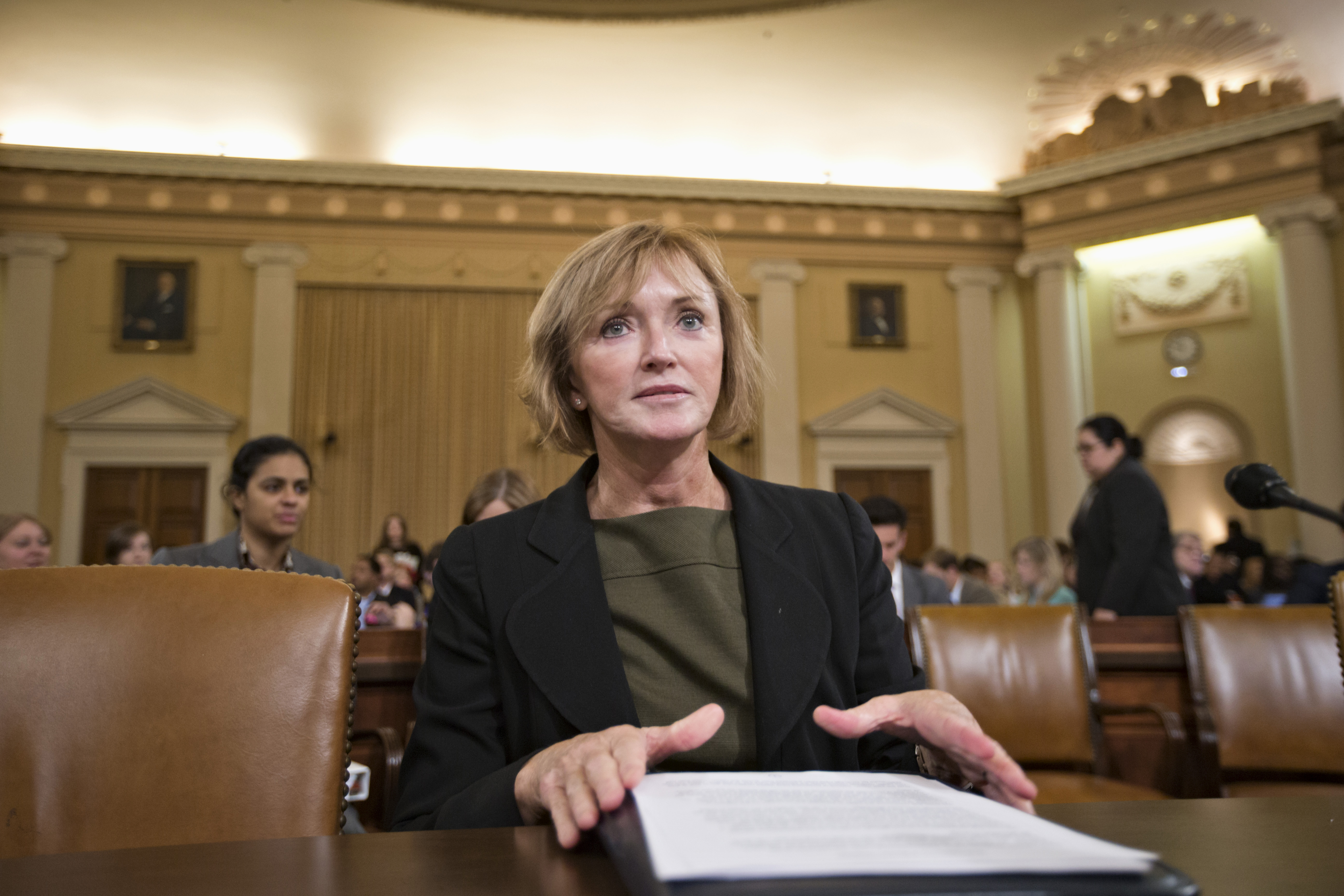 The American people received a formal apology Tuesday from the first Obama administration official to testify before Congress about the botched Obamacare website.

"To the millions who have tried to use HealthCare.gov, we want to apologize to you," Marilyn Tavenner, administrator for the Centers for Medicare & Medicaid Services (CMS), said before the House Ways and Means Committee. "This initial experience has not lived up to our expectations, or the expectations of the American people, and it is not acceptable."

HealthCare.gov, the Obamacare website through which Americans in 36 states can comparison shop and purchase private insurance, launched on Oct. 1 with major problems. No other administration official has testified to Congress about the ongoing issues, in part because the two-week government shutdown this month held up congressional oversight.

The administration initially blamed the website's problems on heavy traffic but has since acknowledged the problems are much more serious. The administration has put together a team of experts to launch a "tech surge" to fix HealthCare.gov. Jeff Zients, the former corporate executive leading the surge, has said the site won't be sufficiently functional until mid-November.

Tavenner told the Ways and Means Committee Tuesday, "It is important to note that the Affordable Care Act is more than just a website." The law, she said, has created new competition in the private market and offers stronger consumer protections, among other things. Furthermore, she said, the traffic on HealthCare.gov illustrates that there's strong interest in signing up for insurance on the new marketplace -- nearly 700,000 applications for coverage have been submitted, Tavenner said, though she declined to say how many people have actually enrolled in plans.

Ways and Means Committee Chairman Dave Camp, R-Mich., agreed the ACA is more than a website -- and argued its problems extend beyond the site as well. "While a website can be fixed, the widespread problems of Obamacare cannot," Camp said, citing complications such as insurers cancelling existing plans.

After reaching out to insurance companies across the country, CBS News' Jan Crawford reported Tuesday morning that more than 2 million people are getting notices in the mail informing them that they can no longer keep their existing plans.

Plans are being canceled if they fail to meet the health care law's 10 minimum standards, including maternity care, emergency visits, mental health treatment and even pediatric dental care. While the administration has boasted about the higher standards in the insurance industry, the impact of the new standards violates President Obama's campaign pledge, "If you like your doctor or health care plan, you can keep it."

Tavenner said that the government stands ready to help people who've lost their current coverage to sign up for a new Obamacare plan.

"They can call the call center today, and we can help them," she said. "We also have people in their individual markets who can help them in person. There are more methods than just the website."

Appearing on CBS This Morning on Tuesday, Gov. Chris Christie, R-N.J., said the Obama administration wasn't honest with the American people about the risk of losing their current health insurance.

"The real problem is that people weren't told the truth," Christie said. "You can remember they were told that they would be able to keep their policies if they like them, and now you hear hundreds of thousands of people across the country being told they couldn't. So the White House needs to square that with what was told to the American people and told to Congress beforehand."

Camp also questioned Tavenner about his concern that more people are currently losing coverage than enrolling in new plans. Tavenner said the number of those enrolled will be available in mid-November and that the administration expects to be a relatively small number.

Asked repeatedly whether she personally knows how many people have enrolled already, Tavenner declined to say: "I told you we would release the numbers in mid-November," she told Rep. Devin Nunes, R-Calif.

Tavenner said the administration expects a spike in enrollment in December and again in March. Given that Zients and his "tech surge" team have promised to fix the site by mid-November, Tavenner said, "We are in good shape to handle that."

Camp said the enrollment estimates in his state of Michigan are so low, "I think I could have a meeting in my office and have them all fit in, the people who have enrolled in plans."

The congressman also expressed concern that low enrollment on HealthCare.gov this year could lead to higher premiums in years to come. Tavenner pointed out that so far, there is strong competition in the marketplace, with more than 200 issuers in the federal marketplace offering plans at competitive prices. "So far what we've seen is the absolute opposite of what you're suggesting," she said.

Outside of the hearing, other Republicans echoed Camp's criticisms that the problems with Obamacare aren't limited to the website.

"I've heard from hundreds of my constituents who are seeing their premiums rise, they're seeing their policies being cancelled," House Speaker John Boehner, R-Ohio, told reporters. "Many again are losing their plans."

As for the promise that consumers would have the choice to keep their health insurance, House Minority Whip Steny Hoyer, D-Md., acknowledged that that "precisesness would have been better." Hoyer himself said in 2009, "If you've got it, you like it, you keep it."