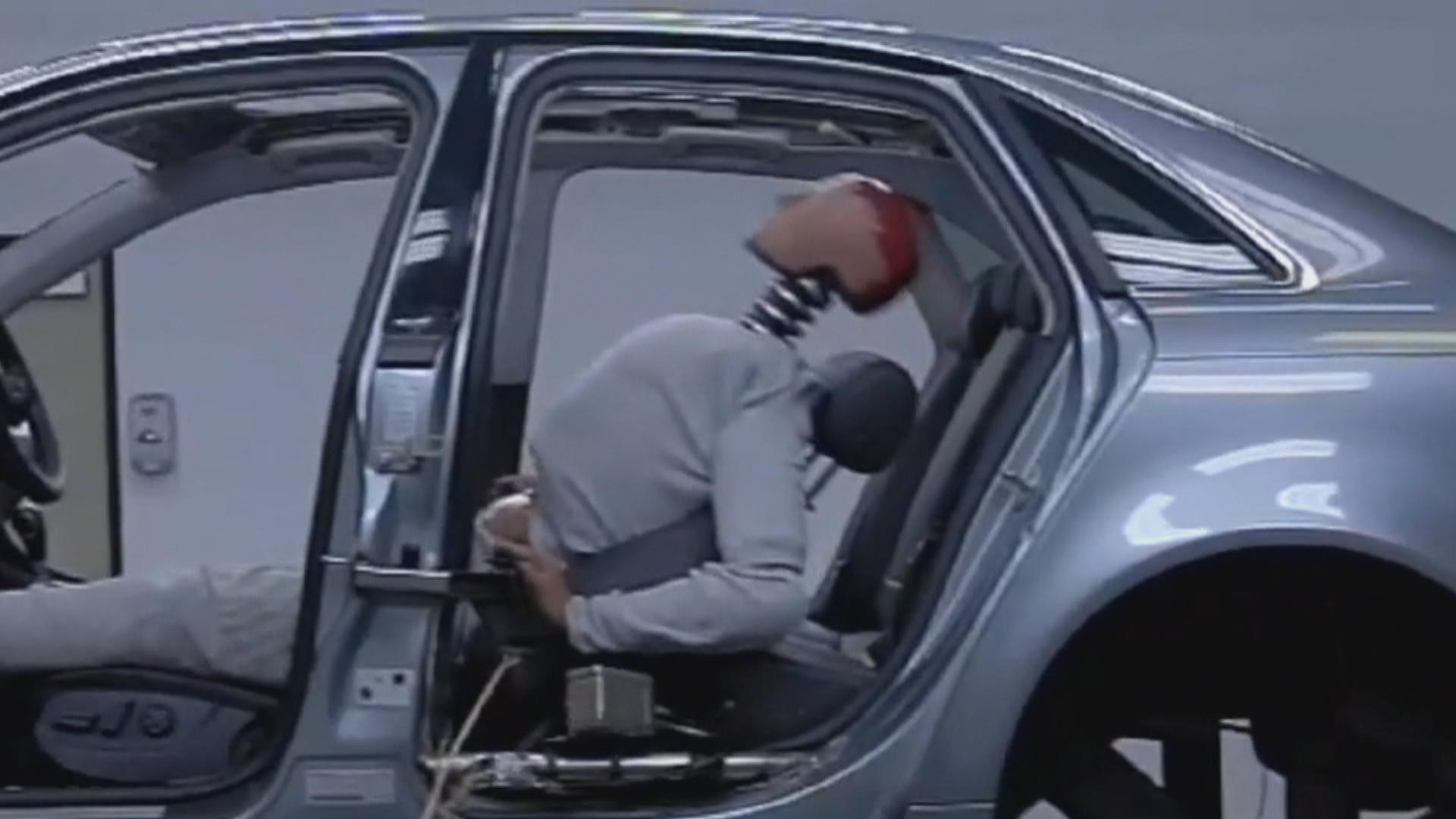 As more than 43 million Americans prepare for Thanksgiving road trips, federal lawmakers are demanding changes to vehicle safety regulations and calling for an investigation into carmakers. It’s all the result of an ongoing CBS News investigation into the strength of car seats.

Transportation correspondent Kris Van Cleave, who’s been exploring the concerns for more than a year, found seats can fail in rear-end crashes and lead to serious injuries or deaths.

“We got hit and I almost lost my baby,” said Hannah Hastings, apologizing for beginning to cry.

Three years later, Hastings still struggles to talk about the day she and her son Eli were rear-ended in their 2002 Ford Escort.

As one crash simulation shows, the force of the collision caused Hastings’ seat to collapse, launching her head first into her 15-month-old son.

Eli spent more than a month in the hospital suffering brain damage, hearing loss and partial paralysis to one side of his face.

“It’s kind of difficult you know, especially for a mother, not knowing if your child’s ever going to say your name, say‘mommy,’ ever again,” Hastings said, with tears again welling up in her eyes.

Our ongoing investigation has identified more than 100 cases where seatback collapses resulted in serious injuries or deaths -- mostly to children in the back seat.

The industry has long known their seats do not hold up in many rear-end collisions. So has the National Highway Traffic Safety Administration (NHTSA).

CBS News obtained a crash test conducted on behalf of NHTSA on a 1998 Ford Escort. The test was designed to check fuel safety, but the seats failed in a high-speed crash.

Ford and other automakers said all seats meet or exceed the federal standard for strength -- a standard written in 1967 that even a banquet chair passes.

“I think because of CBS, because of this congressional investigation, the jig is up,” Markey said. “They’re going to be forced now to take an action which they should have taken decades ago.”

Markey’s office discovered some of the cases we found do not appear to have been properly reported to regulators by automakers.

“The law requires the auto industry to report any incident where a seatback has collapsed that caused a death or an injury,” Markey said.

NHTSA told CBS News it doesn’t have the data to support changing the standard, while acknowledging the number of deaths caused by seat back collapse has likely been underestimated.

“It makes it a lot harder to say there is a problem if the carmakers aren’t reporting there’s a problem,” Van Cleave said.

“There is a huge regulatory black hole within which the auto industry is able to escape responsibility, because they do not report these accidents,” Markey said.

Other accidents don’t get reported to NHTSA because automakers aren’t required to if the car involved is more than 10 years old. The Ford Eli was injured in was 11 years old.

“If my seat did not collapse, he wouldn’t have suffered so much,” Hastings said. “He has to live with this for the rest of his life.”

Automakers can face stiff fines for not reporting accidents -- an allegation NHTSA said it takes seriously.

The agency stresses the safest place for children is the back seat. Auto industry engineers have admitted the cost of fixing the seatbacks could be as low as about a dollar.