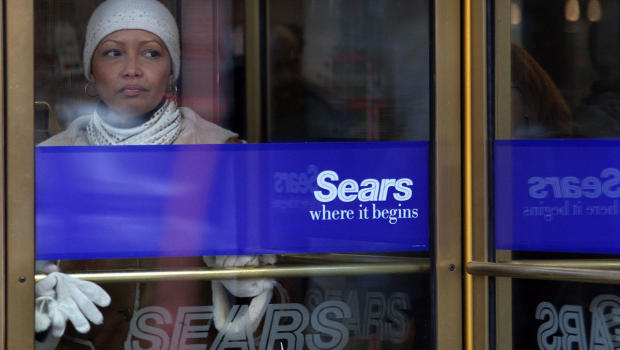 Struggling Sears (SHLD) announced Wednesday that it plans to shutter its money-losing flagship location in Chicago, arguing that it no longer made financial sense to keep it open.

The store, which in the heart of Chicago’s Loop on State Street, will start its liquidation sale on Jan. 26 and will shut its doors in April, according to the Chicago Tribune. About 160 hourly employees will lose their jobs but will get a chance to apply for new ones at neighboring Sears and Kmart locations. They will get severance.

Shares of Sears, which is based in the Chicago suburb of Hoffman Estates, Ill., rose more than 2 percent to $38.75 in midmorning trading. They have plunged more than 16 percent over the last year as Chief Executive Edward Lampert scrambles to keep the once-venerable retailer afloat..

Sears’ roots in Chicago run deep. The company, then called Sears, Roebuck & Co., first opened the original Sears Tower more than 100 years ago.  During the retailer’s heyday, it employed more than 22,000 workers in a 5 million square foot facility. Sears moved to the suburbs in 1989 and now the Sears Tower is officially called the Willis Tower. Some of the space in the flagship store will be occupied by Chicago Public Schools, the Tribune says.

Under Lampert, a billionaire hedge fund tycoon who is also the company’s largest shareholder, Sears Holdings has been trying to right its fiscal ship by shutting underperforming stores, spinning off smaller format stores and jettisoning preppy clothing brand Land’s End and its automotive centers.

Lampert, though, has little to show for all of these moves. The company recently warned Wall Street that it would report a loss of between $250 million and $360 million, which was far worse than analysts had expected. Same-store sales, a key retail metric measuring performance at stores opened at least a year, slumped 7.4 percent on a company wide basis.

“Data about the 2013 holiday season from a wide variety of retailers is feeding a growing consensus: store traffic has decreased significantly across the industry and may never return to previous levels,” Lampert wrote in a recent post on Sears’ official blog. “We don’t disagree with these conclusions, but we’re not at all sure that they are new.”

While every retailer faced the same macroeconomic challenges as Sears during the holidays, some of the company’s rivals performed better. Macy’s (M) recently announced that holiday same-store sales including those online rose 3.6 percent on a year-over-year basis.  J.C. Penney (JCP), which is struggling as well, recently said it was “pleased” with its performance during the critical period of retailers.