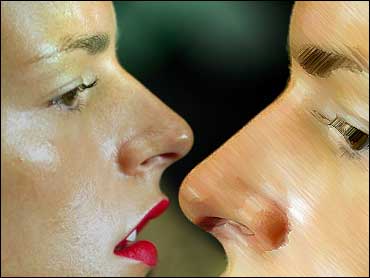 Last year, nearly 150,000 American women underwent surgical facelift procedures. Millions more would love to slow down the effects of aging on their looks, but the idea of undergoing radical surgery can be a bit daunting and costly.

Now, The Early Show co-anchor Rene Syler reports doctors are finding new ways to stop the clock. The procedures require little to no recovery time at all.

"There was a point I looked in the mirror and I realized that I was not happy with things — the way things were looking," Elise Berman says, "I looked down in the mirror. I said, 'I don't like this shar-pei look in my face.' "

Like many other women, Berman, 58, was unhappy with the effects of aging on her face, but she wasn't ready for a surgical facelift. Her dermatologist suggested that she try a new procedure, a series of injections of the drug Sculptra.

"What Sculptra does is it helps the skin stimulate to produce its own collagen to replace those gaps," Dr. Thellman Karcher says. "It's kind of like we're born a plum. We age into a prune. And Sculptra helps plump us back up into the plum."

Although it was originally developed to treat facial wasting in AIDS patients, dermatologists have recently discovered that injecting Sculptra into the face is a powerful anti-aging tool — so powerful, it's been dubbed the liquid facelift.

"In the past, we have treated the fat loss, the lines around the mouth, the jowls, with a facelift, by excising that excess saggy skin," Karcher says. "The problem is, many people ended up just looking tighter. Not more youthful. Sculptra is a more natural process. We put back what was lost. If a patient has a Sculptra treatment, we can shave 10 years off the way they look."

And for patients like Berman, Sculptra's effects go even further.

"It's not going to make you feel inside what you don't feel," she says. "But it makes me feel confident. It matches sometimes a happy feeling I have on the inside. This is not bad."

Doctors are also finding impressive anti-aging effects with a procedure called the Threadlift. Dr. Nelson Lee Novick was one of the first to perform the Threadlift for cosmetic purposes.

"The Threadlift is another lunchtime beauty fix that is minimally invasive," he says. "Whatever you can do in the mirror with your own fingers by pulling on your skin, we can pretty much reproduce with the threads. So if a person doesn't like the fact that they have these chipmunk pouch jowls, if they pull on it and they see that that can disappear, we can put in a thread and lift it into that position and make those disappear."

After over a decade of trials and testing, the Threadlift procedure can now be used to lift any sagging area of your face, from the eyes to the neck.

Explaining the procedure, Dr. Novick says, "What happens is one side of the thread has these little barbs on it, and we insert the thread sliding it through the skin until it gets to where we want it for the maximal pull. And then we just pull the skin into the position we want. We make a little knot between a couple different threads in a hidden area behind the hairline so nobody sees it."

Doctors warn their patients that there may be some bruising or swelling after a Threadlift procedure, but in many cases, the effects of it can be seen almost immediately, and patients can return to their normal activities right away.

One of his patients was very pleased with the results. "It's remarkable," she said. "I didn't expect the result to be as good as this."

The cost of both Threadlift and Sculptra treatments start around $1,500, and doctors say the effects of both can be expected to last between three to five years.