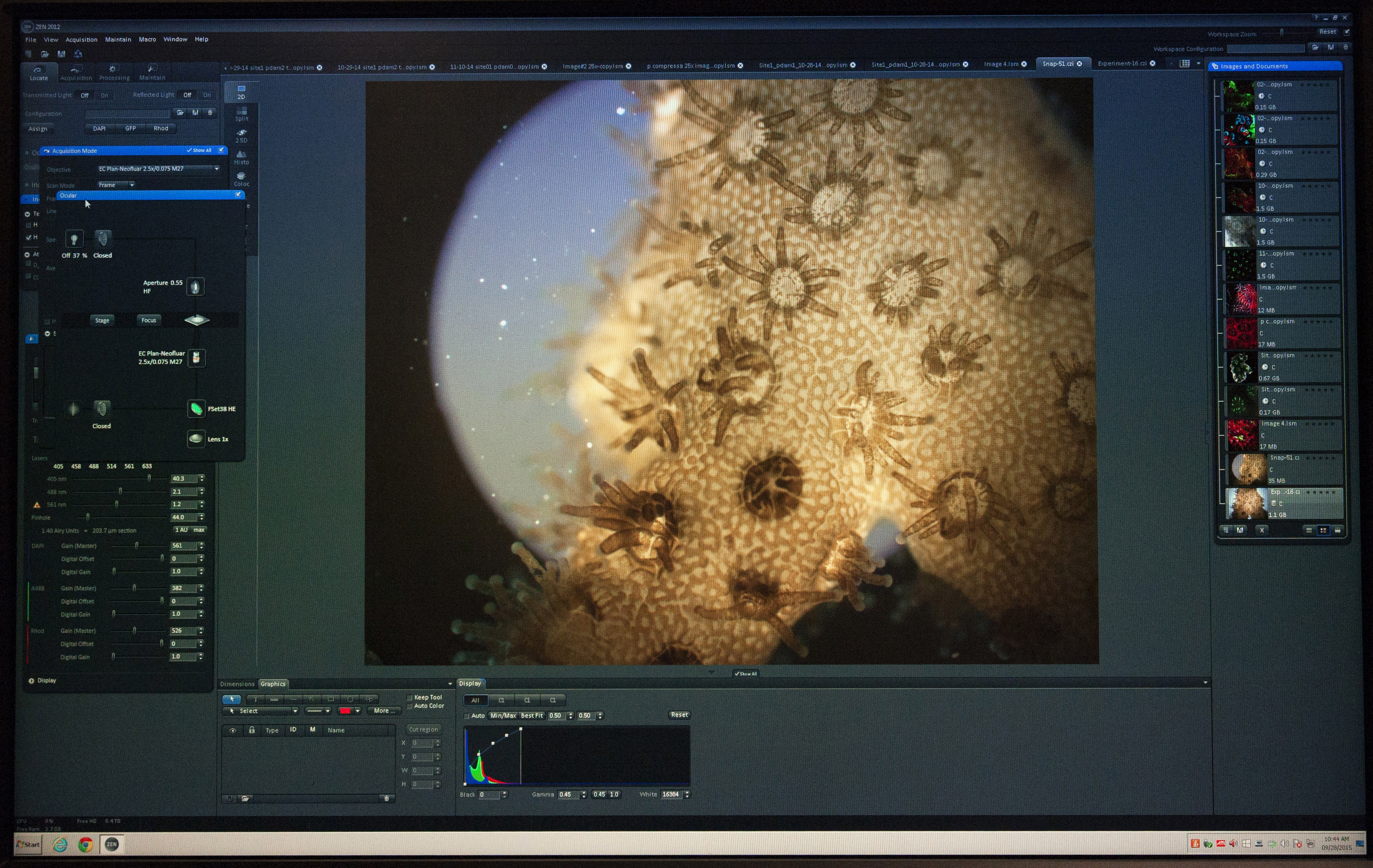 COCONUT ISLAND, Hawaii -- Scientists at a research center on Hawaii's Coconut Island have embarked on an experiment to grow "super coral" that they hope can withstand the hotter and more acidic oceans that are expected with global warming.

The quest to grow the hearty coral comes at a time when researchers are warning about the dire health of the world's reefs, which create habitats for marine life, protect shorelines and drive tourist economies.

When coral is stressed by changing environmental conditions, it expels the symbiotic algae that live within it and the animal turns white or bright yellow, a process called bleaching, said Ruth Gates, director of the Hawaii Institute of Marine Biology.

If the organisms are unable to recover from these bleaching events, especially when they recur over several consecutive years, the coral will die. Gates estimated that about 60 to 80 percent of the coral in Kaneohe Bay has bleached this year.

"The bleaching has intensified and got much more serious," said Gates of the coral around the bay. Where they once looked for the bleached coral among the healthy, Gates said her team is now "looking for the healthy individuals in a sea of pale corals."

Gates and her team are taking the coral to their center on the 29-acre isle, once a retreat for the rich and famous and home to television's Gilligan's Island, and slowly exposing them to slightly more stressful water.

The Curse Of Polio Lingers

They bathe chunks of coral that they've already identified as having strong genes in water that mimics the warmer and more acidic oceans. They are also taking resilient strains and breeding them with one another, helping perpetuate those stronger traits.

The theory they are testing is called assisted evolution, and while it has been used for thousands of years on other plants and animals, the concept has not been applied to coral living in the wild.

"We've given them experiences that we think are going to raise their ability to survive stress," Gates said. She said they hope to see these corals, which will soon be transplanted into the bay, maintain their color, grow normally and then reproduce next summer.

In early October, the National Oceanic and Atmospheric Administration said that coral reefs worldwide are experiencing bleaching, calling the event extensive and severe.

"We may be looking at losing somewhere in the range of 10 to 20 percent of the coral reefs this year," NOAA coral reef watch coordinator Mark Eakin said when the report was released. "Hawaii is getting hit with the worst coral bleaching they have ever seen."

And this is the second consecutive year Hawaii has experienced widespread bleaching.

Scientists say some coral has already fallen victim to global warming. About 30 percent of the world's population has already perished as a result of above average ocean temperatures, El Nino's effects and acidification.

Gates and her team understand the challenges of scalability and time. Having success locally does not necessarily mean they will be able to scale their project to address a massive, global marine crisis before much of the world's coral reefs are already gone.

Tom Oliver, a marine biologist and team leader at NOAA's Coral Reef Ecosystem Division, said the project is scalable with the requisite amount of effort and funding. He said, "the question is not can they do it, it's can they do it fast enough?"

Oliver said that many reef restoration projects struggle because of the cost and time involved with raising standard coral and planting it in the ocean. "Restoration needs to have brood stock that can handle the changing conditions on reefs," he said.

Gates said more research needs to be done before they can begin to address scalability.

In 2013, Gates and her Australian counterpart Dr. Madeleine van Oppen, who does coral research at the Australia Institute of Marine Science, won the $10,000 Paul G. Allen Ocean Challenge for their proposal to assist coral evolution.

Allen's foundation then asked them for a proposal to fully fund the idea, which they eventually did with a $4 million grant in June. Allen, who co-founded Microsoft with Bill Gates, has various climate-related projects in his philanthropic portfolio.

Hawaii's Gates said that while the goal of their project is to help coral survive global warming, there is still a need to end human's reliance on fossil fuels and to mitigate the emission of greenhouse gasses that cause global warming.

"Even if we stopped all greenhouse gas emissions today, there is still this lag in the atmosphere where climate change will continue for probably hundreds of years," Van Oppen said. "It's hard to imagine it's not going to get worse."