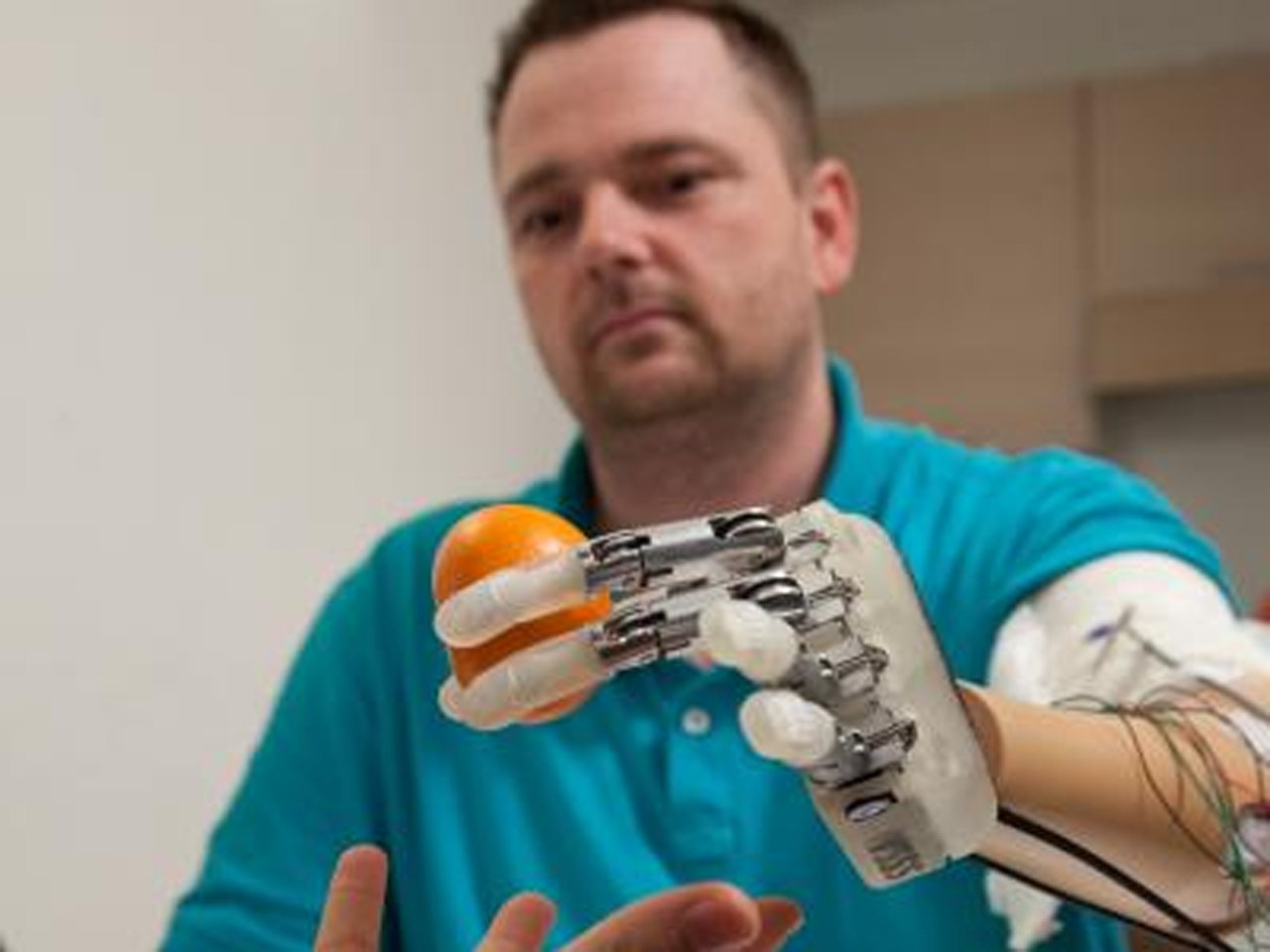 Learning how to use a prosthetic limb has always been a challenging task. Technological limitations prevented the metal and plastic limb from feeling like a biological part of you.

But now, new technology that allows bionic hands to receive and transmit sensory information may be the next step at helping amputees recover.

A study published in Science Translational Medicine on Feb. 5 reports that a patient from Denmark, Dennis Aabo Sorensen, is the first amputee in the world to be able to feel objects with his prosthetic device.

The patient was able to sense the difference in shape and consistency of various objects while wearing a blindfold and earplugs. He was also able to feel that he was grasping the items with different strengths. The sensory information was relayed almost instantaneously.

“The sensory feedback was incredible,” Sorensen, who lost his left hand in a fireworks accident, said in a press release. “I could feel things that I hadn’t been able to feel in over nine years.”

The project, called Lifehand 2, consists of a manufactured hand attached to four sensors that have been connected to two nerves in the muscles of his upper arm, the Los Angeles Times explained.

The electrodes connected to the ulnar nerve send information from the prosthetic pinky finger to the brain, while the ones implanted on the medial nerve were responsible for data garnered from the prosthetic thumb and index finger. The sensations were turned into an electrical current that the nerves could understand.

When an electrode senses an object, it sends an electric signal to the wearer. Soft contact would send a very mild tingle, while clenching onto an object would send a stronger shock, just below the pain sensation.

The brain then sends different commands to sensors on Sorensen’s stump. The sensors turn that information into a digital message that's sent to the prosthetic hand, which would then act accordingly, adjusting its grip as needed.

Sorensen had the electrodes placed in Jan. 2013, and shortly after they were connected to the prosthetic.

Similar technology installed on robots has allowed one quadriplegic man to feel what the robot touches. Artificial limbs with sense capabilities have also been implanted on rhesus monkeys, and have had success in relaying touch data.

“I was more than happy to volunteer for the clinical trial, not only for myself, but to help other amputees as well,” Sorensen said.

Over the course of the study, Sorensen was able to feel the difference between cotton, plastic glasses and wood without being able to see or hear anything, and was able to change his grasp to accommodate those different objects. Eventually, he could tell the difference just by touch between items with the same shape, like an orange and a baseball.

Researchers hope that his brain will be able to adapt to his new prosthetic and sense new information for objects that he has not encountered before.

"He is a hero," study author Dr. Paolo Rossini, a neurologist at the University Hospital Agostino Gemelli, Rome, told the BBC. "He gave a month of his life and had two operations to test this device. We are all very grateful to him."

Sorensen said he is thrilled to be able to feel tangible thing again. When he had his injury, his doctor explained there were two ways he could go about things.

“You can sit in the corner and feel sorry for yourself,” he said the doctor told him. “Or, you can get up and feel grateful for what you have. I believe you’ll adopt the second view. He was right."