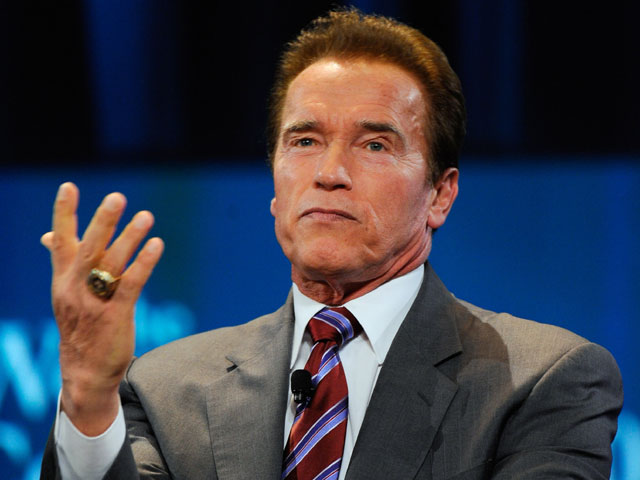 Governor Arnold Schwarzenegger of California said Monday that he is glad Proposition 19, which would have legalized recreational marijuana use in his state, was defeated - even though "no one cares if you smoke a joint or not."

Appearing on "The Tonight Show with Jay Leno," Schwarzenegger said "Proposition 19 went a little bit too far, I think."

"Propositions don't die because the idea is bad, it just dies because it is written wrong," he added.

Schwarzenegger said his decision to sign a bill last month that reduces the charge for possession of up to an ounce of marijuana from a misdemeanor to a civil infraction hurt Prop. 19's chances.

"It makes [possession] from a misdemeanor to an infraction, which is like a speeding ticket. And no one cares if you smoke a joint or not," he told Leno.

Schwarzenegger endorsed the decisions of California voters on all the propositions, in fact, saying they did "an extraordinary job" on all of them.

Asked why he chose not to endorse either Meg Whitman or Jerry Brown for governor, Schwarzenegger, a Republican, joked that he "couldn't understand the accent," before adding: "I just wanted to stay out of it."

He declined to tell Leno who he voted for.

"I think that's private," he said. "This is between myself and the person Maria tells me to vote for."

Schwarzenegger said he would have fond memories of governing the state.

"I wish it wasn't over," he said. "It was one of the greatest decisions I've ever made. Working for the people of California really was a great pleasure for me, it was a great honor."