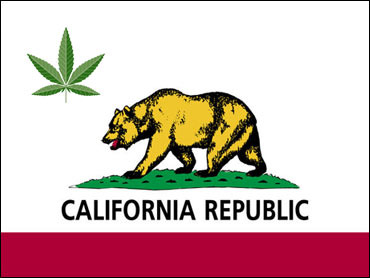 California Gov. Arnold Schwarzenegger on Thursday signed into law a bill that reduces the charge for possession of up to an ounce of marijuana from a misdemeanor to a civil infraction.

Upon signing the bill, however, Schwarzenegger took the opportunity to reiterate his opposition to Proposition 19, the measure that would legalize the growth, possession and distribution of marijuana in California.

The new law does not change the penalties for possession. Currently, carrying up to an ounce of marijuana is punishable by a fine of up to $100; no jail time or probation can be ordered. One key difference, however, is that until now a defendant has been entitled to a jury trial and a defense attorney. By downgrading possession to an infraction, that will no longer be the case.

"In this time of drastic budget cuts, prosecutors, defense attorneys, law enforcement, and the courts cannot afford to expend limited resources prosecuting a crime that carries the same punishment as a traffic ticket," Schwarzenegger wrote in a signing statement.

The new rules go into effect in California January 1, 2011.

"This virtual legalization of marijuana definitely sends the wrong message to teenagers and young adults," Thomasson said. "It invites youth to become addicted to mind-altering pot because there's not much hassle and no public stigma and no rehab if they're caught."

On the other side of the debate, Dale Gieringer, director of California NORML, said the measure will save the state millions.

"Gov. Schwarzenegger deserves credit for sparing the state's taxpayers the cost of prosecuting minor pot offenders," Gieringer said in a statement. "Californians increasingly recognize that the war on marijuana is a waste of law enforcement resources."

State officials have determined that legalizing and regulating marijuana could generate up to $1.4 billion in tax revenues for California, a figure proponents of Prop. 19 often tout as a reason to support the measure. The impact the specific ballot measure could have on state revenues is less clear, since it would allow municipalities to enact their own regulations, but the California Legislative Analyst's Office said in an analysis it could generate "hundreds of millions" for the state.

Schwarzenegger said in his statement, however, that Prop. 19 "is a deeply flawed measure that, if passed, will adversely impact California's businesses without bringing in the tax revenues to the state promised by its proponents."