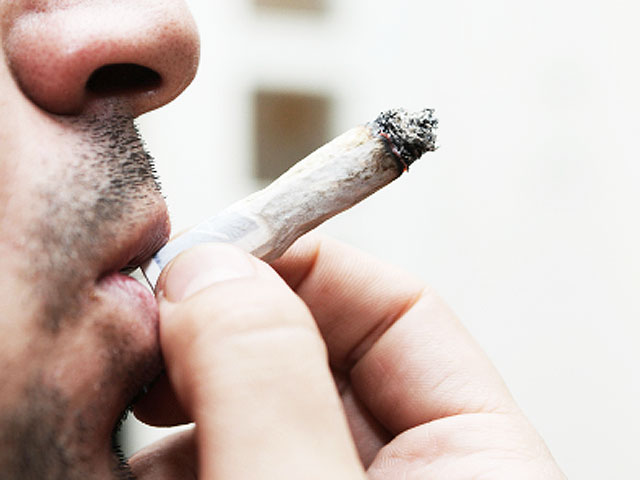 Marijuana legalization proponents saw their dreams dashed on Tuesday as Californians voted by a wide margin to defeat a proposal to make recreational pot smoking legal.

Voters rejected the marijuana legalization initiative, known as Proposition 19, by a 56.5 percent to 43.5 percent margin (with 20 percent of the precincts reporting, according to the Associated Press.) Backers needed to secure a majority to pass the measure.

The proposal - titled the "Regulate, Control and Tax Cannabis Act" - would have allowed adults 21 and over to possess up to an ounce of pot, consume it in nonpublic places as long as no children were present and grow it in small private plots. Proposition 19 also would have authorized local governments to permit commercial pot cultivation, as well as the sale and use of marijuana at licensed establishments.

Earlier this summer and fall, polls found support for the measure with roughly half of the state's voters. But opposition has since been building. In a recent poll, 49 percent of Californian voters said they opposed Proposition 19 versus 42 percent who supported passage. Just a month earlier, though, the reverse was true with 49 percent in favor and 42 percent against.

We'll have to wait for more detailed breakouts in coming days to get beyond the headlines, but the vote may have turned on a surprisingly wide generation gap when it came to pot legalization.

Likely voters younger than 40 years of age favored legalization by a 48 percent to 37 percent margin, according to a recent LA Times/USC poll. But among likely voters 65 and older, the pollsters said that just 28 percent supported the measure while 59 percent said they opposed it.

Indeed, preliminary results in the CBS News exit poll found that the 18-29 and 30-39 year old groups were the only demographic groups not voting no to legalizing marijuana.

Pro-legalization forces were also disappointed by the stance of federal authorities. U.S. Attorney Gen. Eric Holder recently said that the Justice Department remained opposed to Proposition 19 and would "vigorously enforce" federal narcotics laws, even if California passed the measure. He added that the government was "considering all available legal and policy options." What's more, federal officials did not rule out suing to overturn the California initiative if it passed.

Proponents had argued that passage of Proposition 19 would, among other things, provide needed help for California's increasingly strapped treasury. The claim made for a compelling sound bite but it was never entirely clear how much revenue marijuana would generate as a cash crop. The state tax collector put out an estimate that marijuana sales taxes could net almost $400 million in revenue. But a Rand study subsequently cautioned that revenue projections from marijuana taxes depended on which set of consumption assumptions got fed into the spreadsheet.

Beyond dollars and cents, Proposition 19 proponents also argued that legalizing marijuana would have saved the state $200 million a year by reducing public safety costs. They also claimed that it would reduce marijuana arrests that disproportionately targeted minority youth. (The state branches of the NAACP and the League of United Latin American Citizens endorsed Proposition 19, as did several retired police chiefs.)

This much, however, was certain: With marijuana prices ranging between $250 to $400 an ounce, prices would have plummeted had the legalization proponents carried the day. This is not likely to be a final coda to the battle over pot decriminalization. A new Gallup poll showed that national support for legalizing marijuana has reached an all-time high of 46 percent. Gallup also reported that majority support could come within a few years if recent trends continue.

"No matter what happens (with Prop 19), it's now undeniable that national public sentiment is increasingly turning against the idea that responsible adults should be criminalized for using a substance less harmful than alcohol," said Rob Kampia of the Marijuana Policy Project. "We are already looking forward to achieving major victories in 2012."

You can follow CBSNews.com's full coverage of Campaign 2010 here.