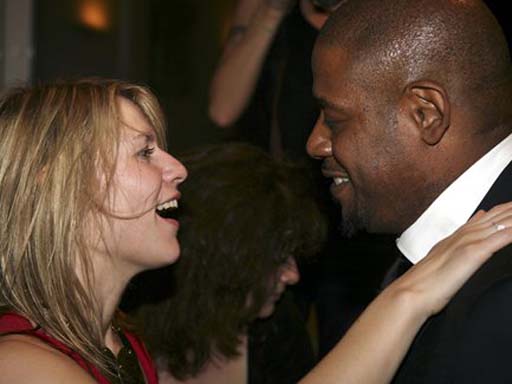 Hundreds of members of a polygamous Mormon splinter group have pulled their children out of the public schools along the Utah-Arizona state line—preparing, perhaps, for the end of the world.

Only about 350 students have enrolled in the four schools in the desert towns of Colorado City and Hildale, Utah, compared with 1,400 last year. Dozens of teachers belonging to the Fundamentalist Church of Jesus Christ of Latter-day Saints have also quit.

They acted at the direction of Warren Jeffs, who speaks on behalf of his aged father, Rulon Jeffs, the church's prophet. In mid-July, Warren Jeffs ordered followers to take their children out of school and cut off contact with former church members.

Church members said they are taking charge of their children's education and schooling them at home, just like other parents across the country. Other people, particularly former members, said the Jeffs' followers are preparing for the apocalypse their leaders say is at hand.

DeLoy Bateman, a former church member and a science teacher at the Colorado City high school, said church leaders are preaching that the towns will be lifted into heaven with the second coming of Jesus Christ.

Around the twin communities, the End of Days is rumored to be either a few days or a few months away.

In a statement issued through their Salt Lake City attorney, the Jeffses said: "The Fundamentalist Church and its officers have not made any predictions in regard to the exact date of the Second Coming. It has long been the teaching of the church that no man knows the hour or the date of that event."

The twin towns were settled in the late 1800s by ranchers who followed the Mormon doctrine of polygamy. In 1890, the mainstream church disavowed the practice of plural marriage under pressure from the federal government, which threatened to refuse Utah statehood if it didn't.

But some people have clung to the practice—among them the fundamentalist sect, founded in 1929—and have been excommunicated by the Mormon Churh as a result.

Polygamy remains illegal, though it largely goes unpunished, a crime prosecutors say is difficult to prove and usually victimless. Still, members of the sect are wary of outsiders and hostile to those who have broken with the faith.

Church leaders are said to have prophesied several dates for the Second Coming, only to see them come and go. In 1993, Rulon Jeffs told high school graduates not to attend college since the world would end before they could finish, according to Bateman.

But Colorado City Mayor Dan Barlow, a church member, said the decree issued in July was merely "a suggestion that people take that responsibility for themselves." He started home-schooling his children a year ago.

"I just felt like I could do much better teaching them the things I know and give them some spiritual teaching as well," he said.

More than 6,000 of Rulon Jeffs' followers live in Colorado City and Hildale. An estimated 2,000 to 6,000 more are scattered around the western United States and Canada, according to Mike King, an investigator with the Utah attorney general's office.

In 1942, members signed over ownership of their homes to a trust established by the church, which now has tens of millions of dollars in land and in businesses spread across the West and into Canada.

Rulon and Warren Jeffs live in large gated homes in Hildale and are said to have dozens of wives.

Members are told not to talk to family members who leave the church and not to do business with apostates, making it difficult for them to find work.

Church attorney Scott Berry said apostates distort the facts, but he would not comment directly on her allegations.