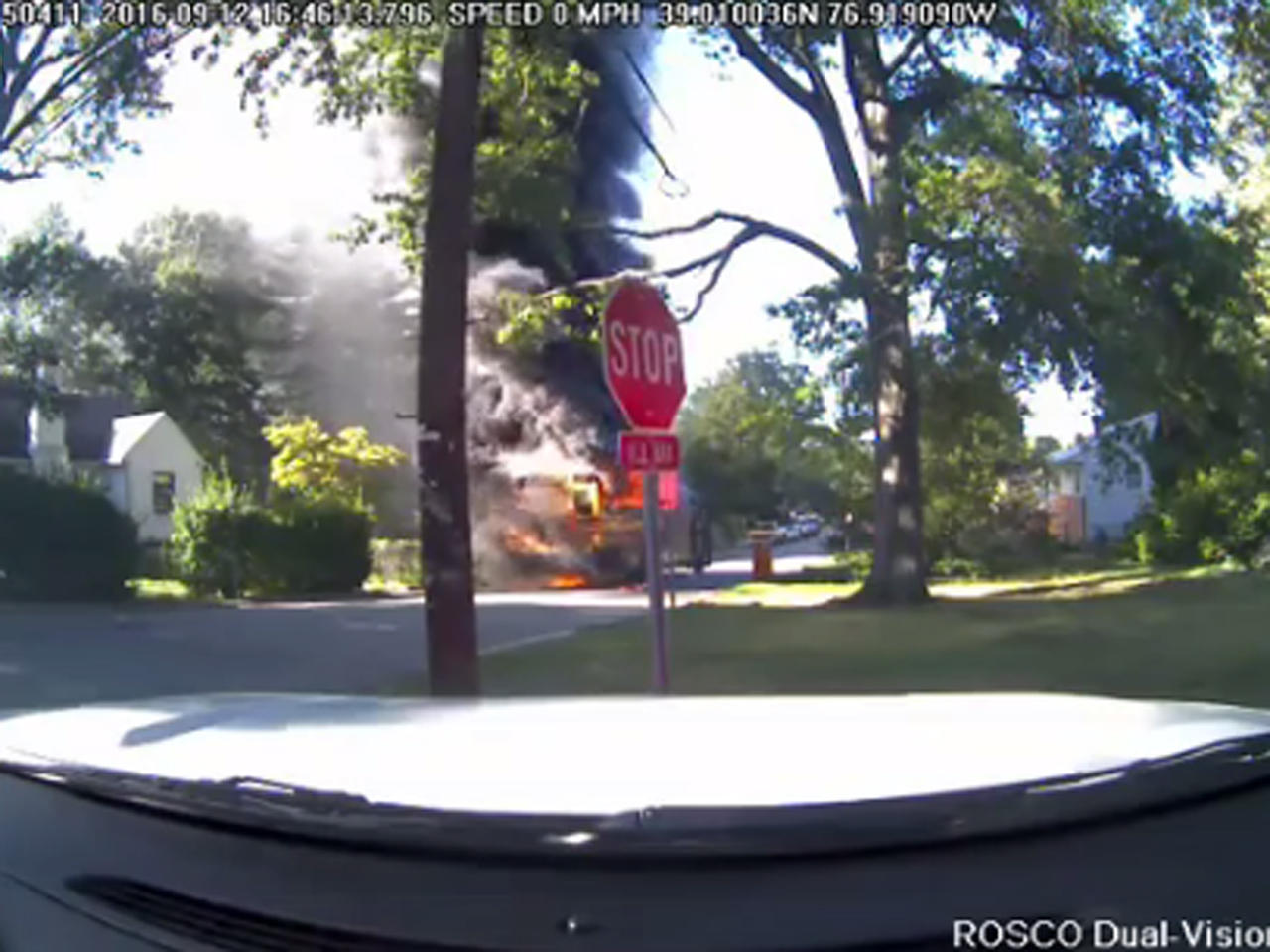 BALTIMORE  -- A school bus with 20 children on board caught fire Monday in Maryland, but quick action by the driver is credited with getting all of them off -- and without any injuries, reports CBS Baltimore.

It happened in the 9600 block of 51st Ave. in College Park, Prince George’s County.

Mark Brady, a spokesperson for the Prince George’s County Fire and EMS, told the station the children were from Glen Arden Woods Elementary School.

Facebook user Fazlul Kabir, who apparently witnessed the blaze, said the bus driver took each of the 20 students out of the bus one-by-one while it was still burning.