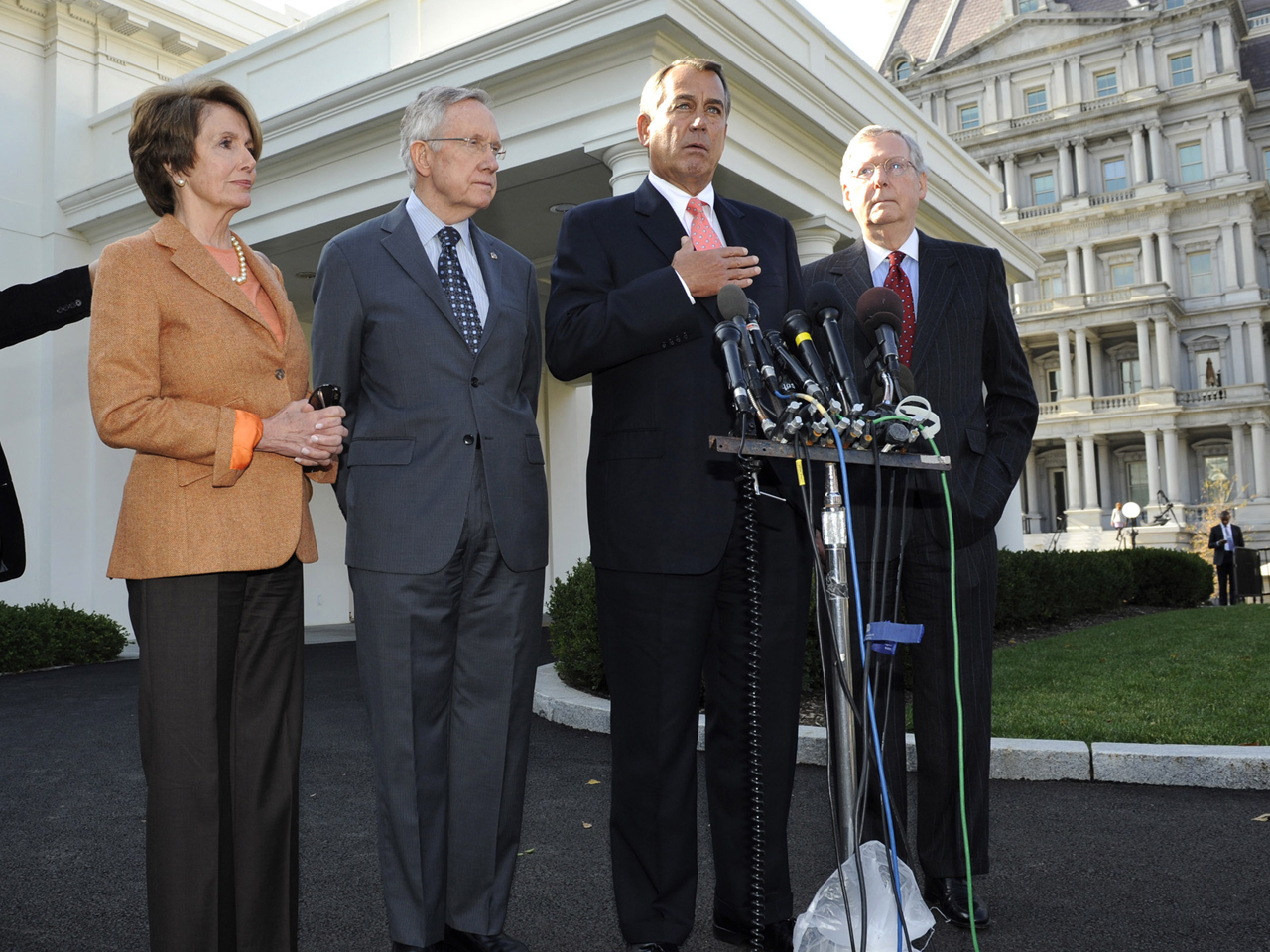 (CBS News) I was away a couple of days last week, so when I sat down yesterday morning with my coffee and the Washington Post, I had read the first paragraph of the story at the top of the page twice! I couldn't believe it.

I won't repeat the whole thing but right there in black and white it said, "The nation's leaders joined hands Friday and pledged fast and far-reaching action to tame the public debt and avoid economy-shaking tax hikes set to hit in January."

I'm not exactly an optimist about Congress doing the right thing. You'll get better odds wagering they won't do ANYTHING.

But Republican and Democratic leaders came out of their meeting with the president Friday smiling and calling it a good meeting.

It's been a while since we've heard even that.

Staffers are already working this weekend on the framework of a deal to be presented to the president after Thanksgiving.

Now I've been saying the chances for a deal were slim to none." Well, I'm changing that to a "maybe."