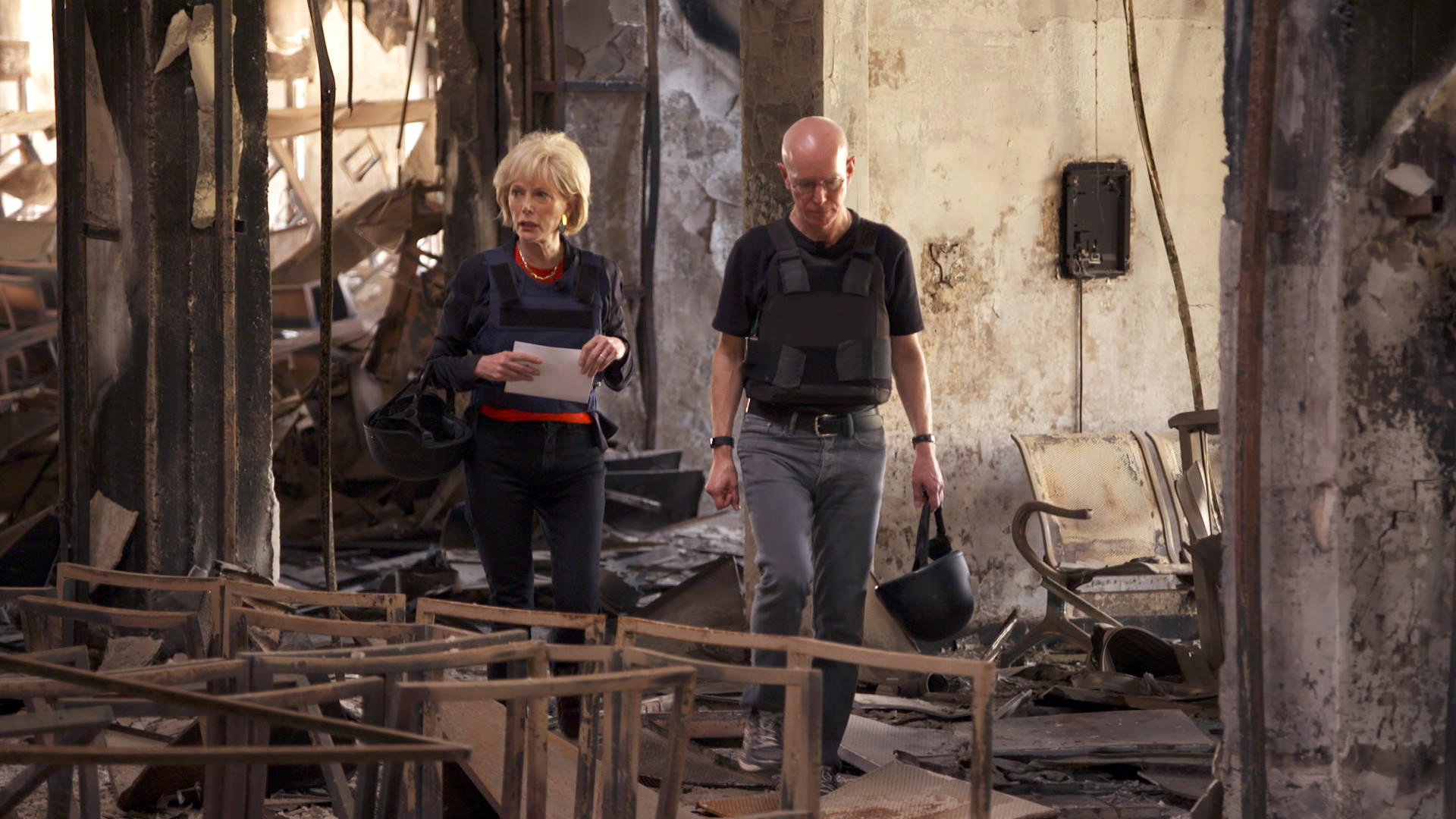 His tools are different and the task is sometimes dangerous, but Fr. Columba Stewart's mission saving historic texts from the destruction of ISIS and the war against it follows a tradition practiced by his Benedictine order for more than a thousand years. Lesley Stahl accompanies Fr. Columba on his modern-day mission in a Middle East war zone for a 60 Minutes report to be broadcast Sunday, Dec. 24 at 7:00 p.m., ET/PT.

Fr. Columba is a monk at Saint John's Abbey and University in Collegeville, Minnesota, where he heads up a library containing the world's largest digital collection of religious and historic texts. 60 Minutes cameras followed him to a centuries-old monastery in Northern Iraq, occupied and defaced by ISIS, which is known for destroying Christian and Muslim sites and artifacts.  Before its monks fled ISIS, they safely hid much of the monastery's precious texts in barrels concealed behind a fake wall.

"So it's the one thing that they couldn't replace because you could rebuild a building. You can put a new cross up," he tells Stahl. "Those could not be replaced, and those were saved," he says, pointing to the hand-written documents, including Bibles and scientific works from the 12th Century.

The Benedictines, like other monastics, hand-wrote bibles and other religious texts to preserve and teach the faith. Fr. Columba and his partner, an Iraqi Dominican priest, Fr. Najeeb Michaeel, find such religious texts and secular documents as well. Some are in good condition, like those hidden away. Others must be salvaged from the ruins, often scarred by weather, fire and explosions.

The documents are relocated for safekeeping near the areas where they are recovered. Fr. Columba will take the photos of them back to St. John's Abbey to add to the collection. It's more than a religious mission, he explains. "These aren't all religious manuscripts. So some of them are purely history -- so those are ones that tell us about political events, and kings, and battles, and famines. It's not simply history of religion, it's history of every aspect of life," says Fr. Columba.

Preview: The Blockade of Qatar